Home Tottenham Hotspur Could Spurs finally sign somebody? They have ‘options’ 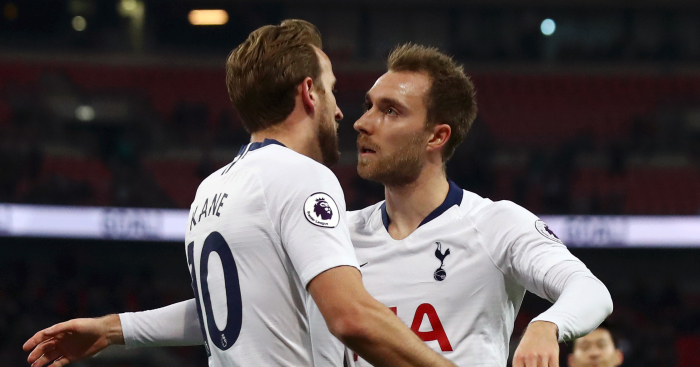 Tottenham manager Mauricio Pochettino has revealed the club are working on some options in the January transfer window.

Pochettino has previously said he did not think he would make any additions this month, which would have made it back-to-back transfer windows without a signing.

He had even stuck to his guns in the wake of two big injury blows, which have seen Harry Kane and Dele Alli ruled out until March, but seemed more optimistic ahead of his side’s FA Cup fourth-round clash at Crystal Palace on Sunday.

Asked whether there was a chance of making a signing ahead of Thursday’s 11pm deadline, Pochettino said: “Always, we’ll see. Still six days. We are working. (We have) a few options.

“We’ll see if we are capable of delivering, but in the same way of course we have the squad.”

The club’s plight eased on Friday afternoon when South Korea were knocked out of the Asian Cup, meaning Son Heung-min will be back involved earlier than expected.

Pochettino is looking at both English and overseas players, but will exercise caution as he does not want a repeat of the situation which saw defender Juan Foyth omitted from their Champions League squad before Christmas because there were not enough homegrown players on the list.

“Now we have maybe one space because Mousa Dembele has gone,” he added.

“But we need to be careful because for the Champions League I think we are not going to….if it’s a player that is not an English player we don’t have the space, because it was Juan Foyth (that missed out) and that is so important to be careful about the decision.

“But we are always hoping to try to add quality and try to improve the squad.

“We are open (to make a move) like always. Different options. In England, outside of England.

“But that is not new, not changed. I think always we were working and trying to find the right profile. If we didn’t sign it’s because we can’t sign, not because we didn’t want to.

“The numbers are limited and when you have the full squad and you have no space you cannot sign. That is the problem too.

“Maybe you are open to sign but if you don’t have space in the squad you are going to sign and you need to change a player on the list that you need to put out. I think that is not right.”

Spurs suffered more semi-final heartache on Thursday as they lost to Chelsea on penalties in the Carabao Cup.

Detractors have commented on Spurs’ failure to get over the line in last-four games, but Pochettino believes rewards are not far away for his side.

“We showed in the two legs the right mentality,” he said.

“We competed with all of the circumstances that were not for us, were against us.

“The team was very competitive and that is the key point in the mentality that we approach the games with.

“I think yesterday after 2-0 the second half and the way we approached it, how we played, how brave we were on the pitch, I think it is very confident for the future.

“If football is a fair sport it will reward us at the end of the season, but we need to keep going, fighting, never give up, feel disappointed, feel sad today, but that is it.

“Stop thinking and try and be positive and try and win, Sunday is the best medicine to feel good again.”

It is another tough game for Spurs on Sunday as they head to Selhurst Park with fresh injuries after the game at Stamford Bridge.

Ben Davies (groin) and Moussa Sissoko (knee) both had to come off on Thursday and will be assessed.

Along with Kane and Alli, Son is also expected to be absent given he played 90 minutes for his country on Friday.