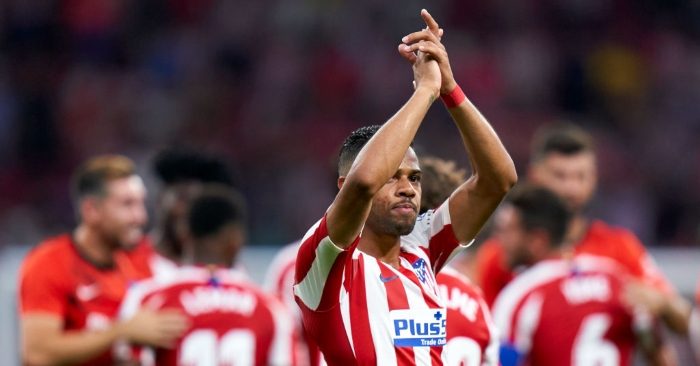 Atlético Madrid have only won their first three league games of the season on two occasions in the last 25 years, in 1995-96 and 2013-14. In both of those seasons, they went on to win the title.

Now, after a 3-2 win over Eibar at the Wanda on Sunday, they have achieved that feat again. It’s obviously far too early to be anointing them as title favourites, but the manner of their victory, coupled with further disappointment for Barcelona and Real Madrid, shows they certainly have what it takes to go all the way.

In their previous two games, both 1-0 victories over Getafe and Leganés, Atleti were mean in defence and efficient in front of goal. Perhaps surprisingly given Eibar’s traditional goal shyness, this game had quite a different complexion.

The Basque side took a shock 2-0 lead after just 20 minutes, meaning the typical Atlético strategy was out of the window before the game had got going.

With plenty of time left on the clock, there was no need to panic, and when record signing João Félix narrowed the deficit with this first goal for the club after 27 minutes, there was a sense that Atleti would find their way back into the game.

Diego Simeone brought Vitolo on for Marcos Llorente in an attacking move at half time, and it proved an inspired substitution as the in-form winger equalised seven minutes after taking to the field.

Eibar continued to frustrate their hosts, and looked to be heading for a draw. Then, after 84 minutes, Simeone decided it was Partey time. He sent the Ghanaian midfielder on for Félix in what seemed a slightly bizarre move when they were searching for a winner, but it proved to be a masterstroke. The substitute forced the ball into the net in the last minute, giving Atleti a huge victory and provoking massive celebrations among the players, fans and coaching staff.

Talk of championship form is hugely premature, but it was the kind of victory that befits a title contender – refusing to be beaten, and fighting and believing until the very last moment.

The other favourites for the title didn’t have such a happy time this weekend.

Barcelona thought they had turned a corner after responding to opening-day defeat with a 5-2 thrashing of Real Betis last week, and must have thought they had dodged a bullet this week when they came from behind to lead Osasuna 2-1 at El Sadar, with goals from Arthur and the 16-year-old wunderkind Ansu Fati.

Then, with ten minutes left on the clock, the ball cannoned off Gerard Piqué’s famous ‘manita’ in the box, and a penalty was awarded. Roberto Torres sent Marc-André ter Stegen the wrong way, and Barça had to settle for a solitary point, leaving them five points behind leaders Atleti in the nascent league table.

On Sunday night, Real Madrid had the chance to bounce back from last week’s draw with Real Valladolid in their visit to Villarreal.

Zinedine Zidane finally introduced two of his new signings, giving starts to the impressive Ferland Mendy and Luka Jović, but it was his old mate Gareth Bale who was the main protagonist.

Though Madrid were dominant for large parts of the match, they were behind for most of it. Gerard Moreno gave the Yellow Submarine the lead after 12 minutes, before Bale equalised on the stroke of half time. Moi Gómez restored Villarreal’s lead with 15 minutes left, before that man Bale’s low drive rescued a point for the away side four minutes from time.

The Welshman found time to pick up a second yellow card before the end, but Zidane would have been grateful to his old adversary, who somehow still remains at the club, for saving them from defeat.

Elsewhere, the Basque derby between Athletic Club and Real Sociedad resulted in an impressive 2-0 win for Athletic, who came flying out of the traps with first-half goals from Iñaki Williams and Raúl García in a rocking San Mamés.

Sevilla dominated their game at home to against Celta de Vigo, but lost their 100% record after Denis Suárez’s late goal earned the Galician side an ill-deserved 1-1 draw. Sevilla’s city rivals Betis came off the bottom with their first win of the season, a 2-1 victory over a spirited Leganés, who are the only side to have lost all three of their games.

Granada caused the surprise of the weekend with a huge 3-0 win away at Espanyol. The Andalusian side, who only scored three or more times in a game on four occasions last season, have already achieved the feat twice so far in this campaign. Espanyol, meanwhile, are struggling, and are the only team in the league who are still yet to trouble the scorers.

Valencia picked up their first win of the season, and were somewhat fortunate to beat the impressive Real Mallorca 2-0 at Mestalla thanks to captain Dani Parejo’s pair of penalties, while city rivals Levante left it late to beat Real Valladolid 2-0 and record their best ever start to a top flight campaign.

Finally, last season’s surprise fifth-place finishers Getafe are still waiting for their first win of the season after a 1-1 draw at home to Alavés.

Hero of the week: Roberto Torres, whose two goals, including a wonderfully taken volley, earned a massive point for Osasuna against the champions

Villain of the week: Sevilla’s Luuk de Jong. Missed a whole host of chances as his side failed to turn dominance into victory against Celta.

Performance of the week: Granada. A seriously accomplished performance from the newly-promoted side to embarrass Espanyol in their own back yard.

Goal of the week: Ansu Fati. A well-taken yet unremarkable headed goal, but significant nonetheless as it will surely be the first of many for the hugely talented Barça teenager.