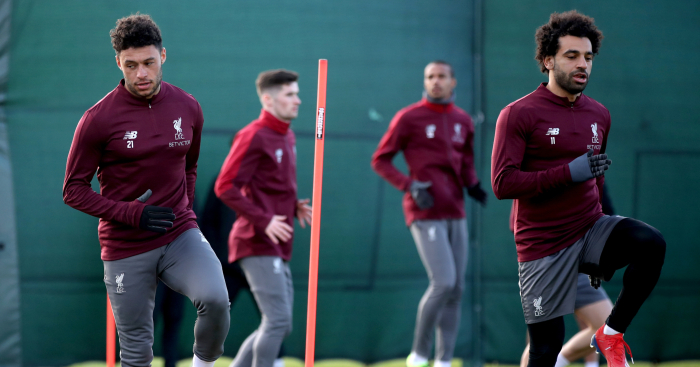 You never get a second chance to make a first impression. It is human nature to form instant opinions and draw snap conclusions based on the minutiae of an initial meeting: the firmness of a handshake, the warmth of a smile, the sincerity of a question.

Football, as it tends to, intensifies and exaggerates that feeling. A new manager will use his first press conference to endear himself to supporters, declaring admiration for such a unique club and promising to honour their traditions. The words themselves might be hollow and transparent, but the message is simple and effective. And players are often judged for some time on whether or not they impressed on their debut. Those original verdicts are far easier to confirm than they are to confute.

Alex Oxlade-Chamberlain made quite the first impression on Jurgen Klopp. “I remember the first time I saw him play live – it was at Dortmund in 2014 and he came on as a sub that day and made a big impact,” said the Liverpool manager in August 2017.

“He stood out immediately because of his pace and skills and his attitude in such a big game for a young player; I remember him chasing back to make a brilliant challenge on Mkhitaryan in the box to save a certain goal.

“We won that game but lost the return match at Arsenal when he started and played well, I think he hit the post,” Klopp added, rather encapsulating the strengths of a player with no discernible weaknesses: someone just as likely to make a “big impact” with a “brilliant challenge” at one end as he is to score at the other.

If those two games in 2014 were the first and second stages of a job interview, Oxlade-Chamberlain arrived early, dressed appropriately, sat up straight, maintained eye contact throughout, did his research and even managed to bullsh*t a question at the end about a time he was faced with a difficult situation in the workplace and how he dealt with it. Klopp was captivated.

There is little wonder. Oxlade-Chamberlain was always blessed with the perfect ingredients – skill, athleticism, versatility, speed, intelligence of both the football and private school education variety – but lacked a chef capable of finding the right balance. Even Klopp struggled at first: the £35m signing didn’t start a Premier League game for Liverpool until November 2017. The first impressions of a debut as a second-half substitute in a 5-0 thrashing at the hands of Manchester City two months prior proved difficult to change.

Yet those doubts had been confounded long before injury cruelly robbed Oxlade-Chamberlain of the final crucial months of a watershed season for club and country. He became one of the most important cogs in a relentless Liverpool machine, the hybrid midfield-forward, and a potentially vital player for England before disaster struck.

Eleven months later, this brilliant Anfield jigsaw might finally have its missing piece back. Oxlade-Chamberlain cannot possibly be expected to pick up precisely where he left off almost a year ago, such is the mental and physical consequence of a long-term injury. But Liverpool really do need a player of his ilk sooner rather than later.

The 25-year-old’s return to first-team training offers a timely reminder of what they have lacked in recent weeks. There was no impetus against Leicester, no drive against West Ham, no inspiration against Bayern Munich, no innovation against Manchester United and no imagination against Everton. None of those results in isolation were poor, but when combined, they point to a wider problem. Liverpool needed someone to break out of the mould, to take a risk in search of a greater reward.

Oxlade-Chamberlain could be the answer. Since the start of last season he has created six more Premier League chances than Jordan Henderson (33), and as many as Georginio Wijnaldum (39) despite having last played in April 2018. And that is not intended as an insult to either: their roles are more defensive. The question is why both have to play at the same time when they do the same job.

The addition of Fabinho has lessened the defensive workload for both, yet Liverpool remain reliant on a 33-year-old James Milner as their most productive outlet behind a front three who cannot always be relied upon to supply their own bullets. It is a curious situation for a title contender to be in.

A stodgy central midfield has been conducive to clean sheets but not creativity, as Klopp has gone too far in abandoning chaos in favour of control.

They need to redress that balance soon. Oxlade-Chamberlain is adventurous without ever forgetting his responsibilities, bold in attack without ever being derelict in his defensive duties, decisive at not just one end of the pitch, but both. He is, to put it simply, different from the rest of a fine but limited midfield.

And while some may have watched the Merseyside derby and found it ‘impossible not to think about Philippe Coutinho’, others cast their mind back to a more reliable, infinitely more relevant solution to the problem. Liverpool need their Ox outside the box back.