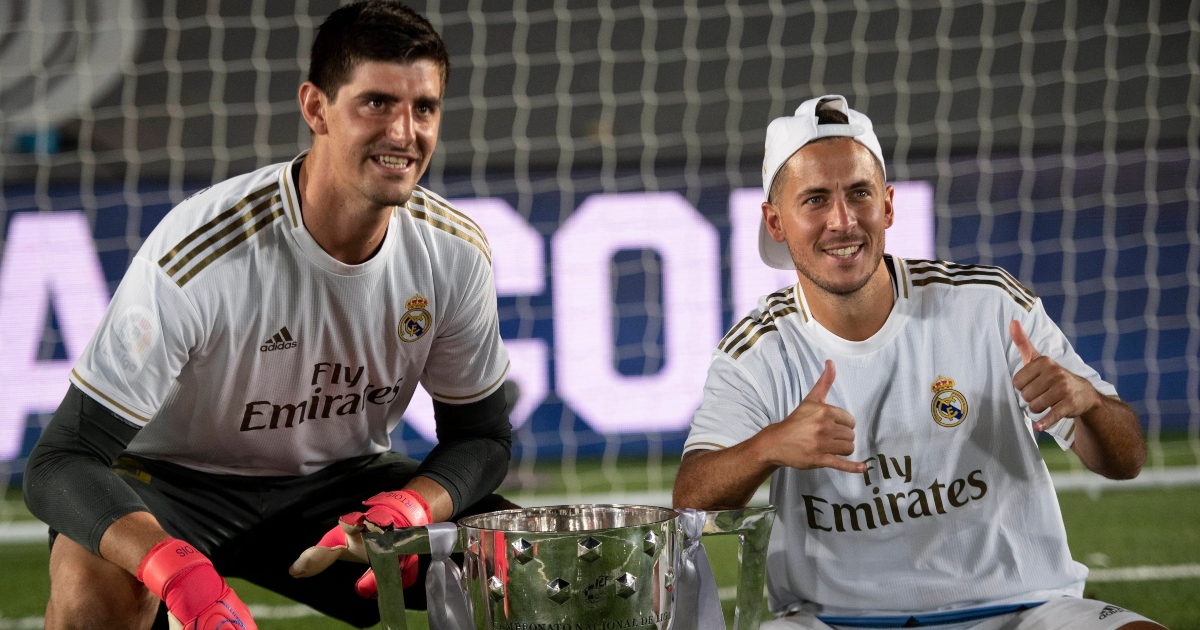 Real Madrid goalkeeper Thibaut Courtois insists Eden Hazard’s “talent is not gone” and that he will “get back” to his best.

Hazard joined Madrid in 2019 after a legendary Chelsea career, signing for over £100million despite only having a year left on his contract.

The Belgian’s time in the Spanish capital has been hampered by injuries, and he has struggled to reach his full potential for the La Liga giants as a result.

Longer half-time breaks? FIFA have been here before…

In 2021/22, Hazard has made 11 appearances with zero goals to his name. Furthermore, he is yet to complete 90 minutes of a game this term under Carlo Ancelotti.

Despite his struggles with Los Blancos, the 30-year-old’s compatriot, Courtois, believes he will return to his old self for his “dream” club.

“I have known Eden for a long time and know that his dream was to play for Real Madrid,” Courtois told Reuters. “It’s a shame it hasn’t worked out yet as everyone would like it to.

“I can see that he has got the desire, joy and he wants to help the team. He is looking to improve. It’s not easy to take back your best form when you haven’t played for the last two and a half years.

“He has showed in his entire career he is one of the best players in the world. He hasn’t been able to show it lately.

“But that talent is not gone and I am sure he will get back, so we cannot kill him believing he is an average player because he is not.”

Meanwhile, Real Madrid striker Karim Benzema has been given a one-year suspended prison sentence after being found guilty of conspiring to blackmail former France international team-mate Mathieu Valbuena over a sex tape.

Benzema, who was absent from the trial, had denied any wrongdoing.

He was banned from the national team in November 2015 because of his suspected involvement in the scandal but was recalled for this summer’s delayed Euro 2020 tournament.

French federation president Noel Le Graet has already said Benzema would be allowed to continue playing for France, even if found guilty.