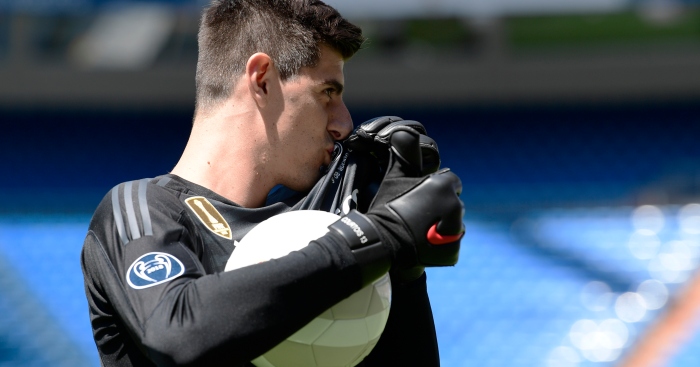 Thibaut Courtois has reportedly turned his nose up at the prospect of joining Manchester United in a swap deal that would see David de Gea move to Real Madrid.

De Gea has again been linked with a return to Madrid, where he began his career at Atletico before moving to Old Trafford in 2011.

Zinedine Zidane is said to have identified De Gea as a priority signing for the summer, when the United keeper will be entering the final year of his contract at Old Trafford.

The returning Real boss dropped Courtois for his first game back in charge at the Bernabeu, with Kaylor Navas immediately reinstated.

Zidane insists Courtois will be back, but the Belgium stopper has endured a torrid first season at the Bernabeu since moving from Chelsea last summer.

The Sun reckons Real have held talks with United over a possible deal for De Gea, with Courtois asked whether he fancies trading places with the Spain No.1.

But Courtois, apparently, isn’t interested in moving to Old Trafford. The 26-year-old would prefer to stay at Real or, if he is shoved towards the exit door, PSG is his preferred destination.