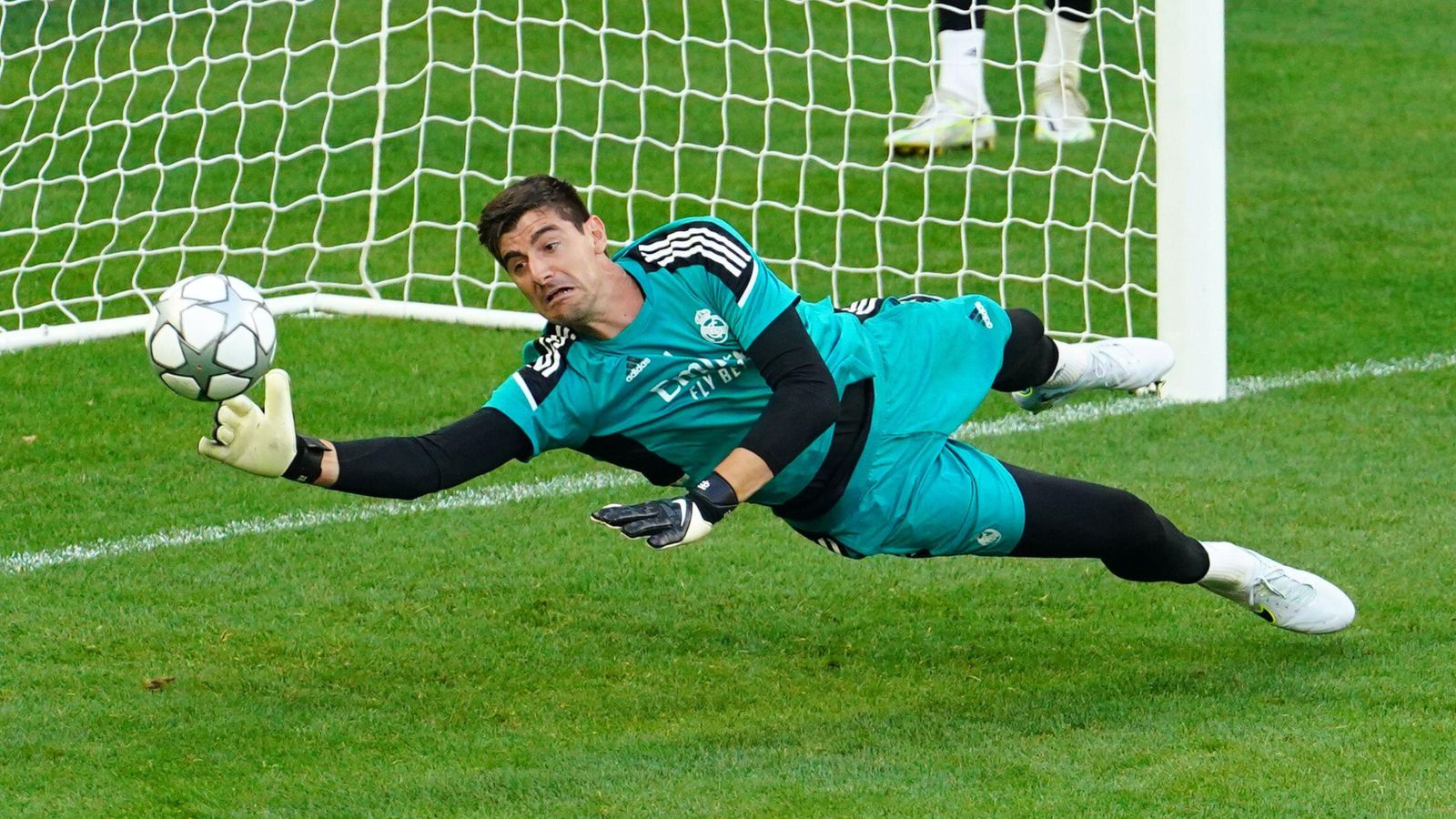 Thibaut Courtois has told Liverpool that every final Real Madrid play “they win it” ahead of the Champions League final.

The Belgian goalkeeper has played 51 times in all competitions this season for Los Blancos as they look to do a La Liga and European Cup double this season.

Real finished 13 points clear of arch-rivals Barcelona in the league and now Liverpool stand in their way of Champions League glory.

Liverpool have had a successful season, no matter what happens in Paris

Courtois hasn’t won a Champions League in his career but knows what it’s like to lose in the final to Real Madrid as he did in 2014 during his time at Atletico Madrid.

Liverpool also lost to Real Madrid in the 2018 Champions League final when Gareth Bale’s brace handed the Spaniards the trophy and Courtois thinks he is now “on the right side of history” at Real.

Ahead of the final, the former Chelsea goalkeeper said: “They’ve already played one final against Madrid in 2018. It was different for me.

“Real Madrid, when they play a final, they win it, and so now I’m on the right side of history.”

👏 He saved his best until last, denying Jack Grealish with his studs, to get Madrid in the final. Click below for our #UCLfinal preview 👇

It is almost a year on from when Ancelotti left Everton for Real Madrid and the Italian admits there has been a “big contrast” in his experiences.

Ancelotti told a press conference: “It is a big contrast. I’ve thought about that, how things were very different last year. Then there was a phone call with Jose Angel (Sanchez) and the president (Florentino Perez).

“This year feels like a long time. I’m treating it naturally. Getting to this final, it’s a big success for us, we know how demanding this club is – it’s all about the club’s history.

“It’s been a big feat to get to this point. We think we’ve had a very good season and we are very close to achieving something huge this season.

“We are very calm in the camp. I’m here to manage the game, with the veteran players helping the younger ones, to have a good atmosphere around the squad with lots of excitement and confidence.”

And former Everton manager Ancelotti knows he can rely on support from the blue side of Merseyside tonight as he attempts to beat Liverpool.

“I know that the Evertonians support us tomorrow, for sure,” Ancelotti said with a laugh.

“I know there is a big rivalry on Merseyside. I have a good memory from my time spent in Liverpool on the blue side and I’m sure they will support me tomorrow.”