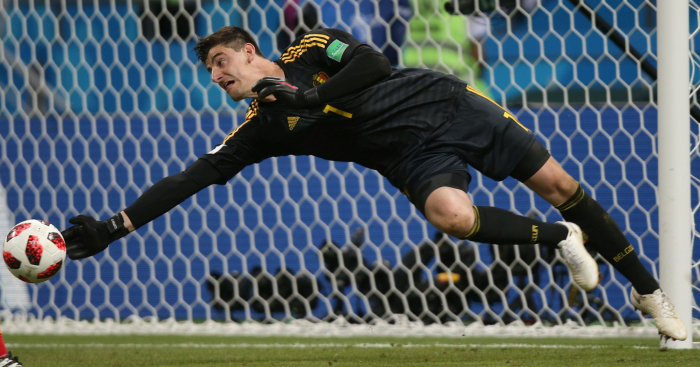 France were crowned world champions with a 4-2 win over Croatia in Moscow on Sunday but Courtois could not bring himself to view the winners’ celebrations after his Belgium side had been knocked out by the French in the semi-final.

After that defeat Courtois labelled France “an anti-football team” – but he was tempted to turn his TV back on again on Sunday when he heard that his name featured in the winners’ ceremony as the recipient of the Golden Glove award.

“I watched the final, but I turned off my TV in the 94th minute, I didn’t want to see France celebrating their win,” the 26-year-old told RTBF .

“But I didn’t miss the whole thing,” he said, referring to his award.

“When my mates told me, I turned on the TV again and went back to it live,” he continued.

“I’m glad that I had a lot of moments that helped the team, but that was not the most important thing. I wanted to go as far as possible.”