Philippe Coutinho could be the ideal man to replace Eden Hazard at Chelsea... 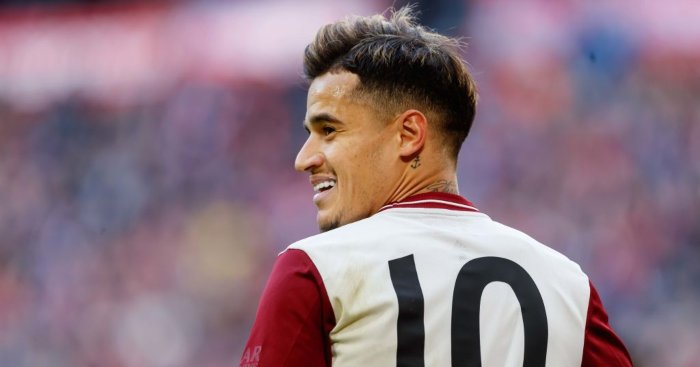 The January transfer window was a huge anti-climax for Chelsea, and for Frank Lampard in particular. After a ban on signing players in his first summer, the Blues boss made no secret of his desire to add to his squad half-way through the campaign. Failure to do so pales into insignificance with the world battling a pandemic and football on a seemingly indefinite hiatus, but eventually the sport will resume, and what seemed like the biggest issue on Lampard’s plate a few months ago will rear its head again.

Though the former midfielder, and Chelsea’s all-time top goalscorer, was brought in with a longer ban in mind – allowing him to afford the immense talent in the academy an opportunity to shine in the first team – he was desperate to make a statement. It is easy to dismiss Lampard’s appointment as initially over-emotional because of his connection to the club, but his work at Derby County showed he can be relied upon to blood younger players. Mason Mount, Fikayo Tomori – both now thriving at Stamford Bridge – and Harry Wilson all impressed at Pride Park alongside Lampard last season. The fact that the ban was halved, allowing winter business, meant the club was given an extra chance; when they did not take it, Lampard could not hide his frustration.

For all their quality, and the fact they remain in line for Champions League qualification should the campaign not be rendered void, there have been glaring issues for Chelsea this season. Their lack of experience has left them short when teams sit deep against them; defeats to West Ham United, Bournemouth and Southampton at home and Newcastle United away are symptoms of that problem. Mount, Tomori, Tammy Abraham, Callum Hudson-Odoi and increasingly Billy Gilmour are shouldering responsibility, but Lampard was adamant they needed help, particularly in attacking areas. The summer transfer window has its own question marks while uncertainty over everything remains rife, but Lampard will certainly be forcing through his plans.

A striker to compete and ease the pressure on Abraham is a priority, especially with Olivier Giroud expected to depart when his contract expires. But creativity cannot be forgotten; Eden Hazard is yet to be replaced, which is a huge reason those defeats weren’t turned into draws and wins, with both Willian and Pedro over the age of 30 and close to the exit door. Evolution has been the message under Lampard so far, but there could be a revolution soon; they’ll need someone of Hazard’s calibre to lead it.

Those players are obviously extremely rare commodities; one who could be available is Philippe Coutinho. When Brazilian left Liverpool for Barcelona back in January 2018, the fee was £146million and nobody expected him to fail given his obvious quality. But Camp Nou is a goldfish bowl, especially when things aren’t going well, and he was soon being tipped to depart. The Premier League, and perhaps even Anfield, was an obvious destination, but he eventually signed a season-long loan agreement at Bayern Munich. With that coming to an end – subject to a potential extension if the season carries into the summer – rumours of a move back to England refuse to dissipate. Chelsea’s name have been in the frame for a long time, and this is a move that could make an awful lot of sense.

The 27-year-old has already let it be known that he would love to stay at Bayern, but if he could be enticed to west London, it would be a real coup. From a tactical standpoint, he would fit in with Lampard’s ideology. Similarly to Hazard, who left before his former teammate returned as boss, Coutinho loves to cut inside from wide areas. Given Chelsea are also reportedly in the market for an attacking left-back (Leicester City’s Ben Chilwell has been heavily linked), Coutinho would be an ideal fit behind Abraham, or whoever leads the line after the next window.

There are many reasons why Chelsea have benefited from the transfer ban. While others would struggle to continue competing in the same situation, it offered them a chance to finally put their impressive, and until now underrated, academy to the forefront of their future plans, as well as structure themselves under the growing list of options currently out on loan. Quick fixes and profit from players who rarely, or never, played for them was once their way; now they are finally organising themselves and Lampard is the ideal man to lead them.

Yet, they are missing a talisman; none of the younger players have shown they are ready and there will soon be space made by departures. The Hazard-shaped void needs to be filled, and though it has long been said that a player of a similar level would not only be tough to find but almost impossible for Chelsea to attract right now, they might just get lucky.

Coutinho is unwanted at Barcelona or Bayern and most likely available at a fairer price than Liverpool sold him for. If there is one criticism of the near-perfect team Jurgen Klopp has built – thanks in part to the profits from that sale – it is they haven’t replaced his creativity. Their loss could be Chelsea’s gain.