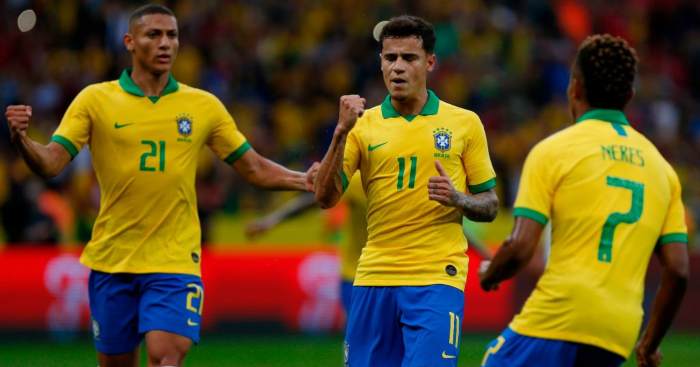 Philippe Coutinho admits that he has been disappointed with his performances since swapping Liverpool for Barcelona.

Coutinho joined Barca in January 2018 for an initial £105m, with a portion of the £37m in add-ons already met through his two La Liga titles and 21 goals in 75 appearances.

But he has struggled to settle at the Nou Camp, with Liverpool chairman Tom Werner suggesting he “probably regrets his decision” to leave.

Recent reports have linked Coutinho with a move back to the Premier League, with Manchester United and Chelsea both linked over the last week.

The 26-year-old started all but one of the club’s 12 Champions League games this season, but was either benched or out of the squad completely for 16 La Liga games.

“I have not had a good season,” Coutinho told Marca.

“My performances have been a lot worse than I expected they would.

“The only way to improve and gain confidence is through hard work, and I have been working hard.”

However, Brazil captain Thiago Silva knows Coutinho’s ability and reckons that the playmaker can step into Neymar’s shoes, with the PSG forward ruled out of the Copa America.

“Coutinho had a difficult season in Barcelona,” Silva said. “It was demanding and they booed him many times, but here in the team he is our reference, especially when we don’t have Neymar.

“Coutinho calls the game. In the two friendlies we played he was the best player on the pitch, not only because of passes and goals, but also with his defence. He is finding his happiness again.

“I’m very happy and not at all uncomfortable talking about this player because we are very close. In the first friendly, I tried to pass him some calmness, and I told Neymar also to give him help.

“We need him, especially now with the absence of Neymar.”