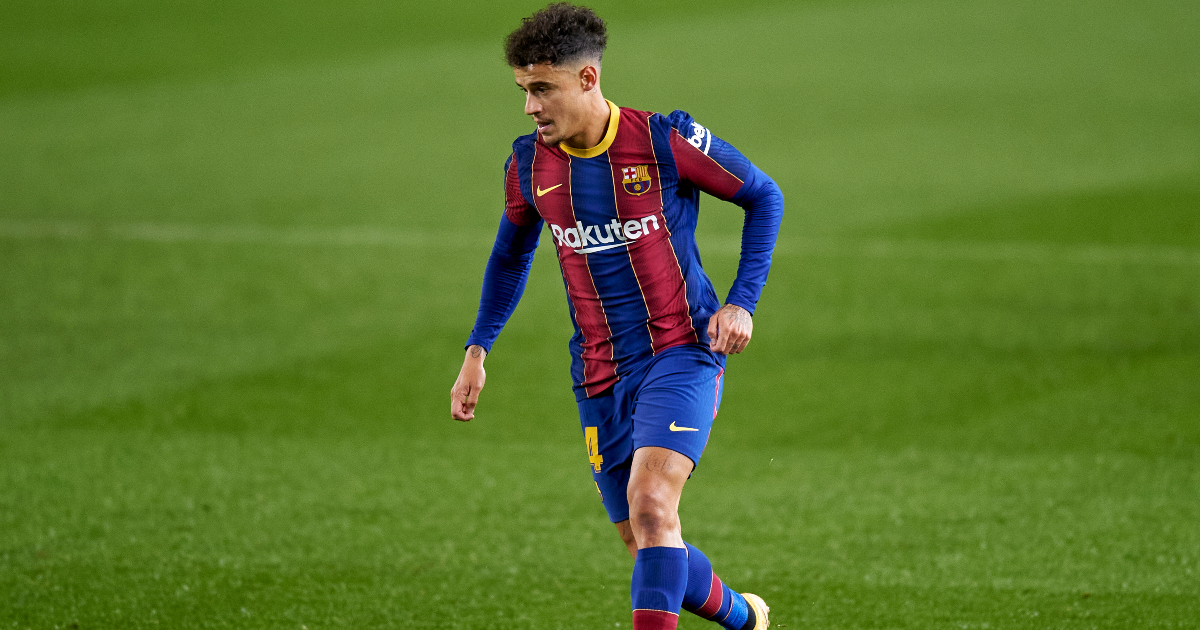 Barcelona midfielder Philippe Coutinho has reportedly been offered to AC Milan with the Italian club looking to replace Hakan Calhanoglu after he left for Inter Milan.

The ex-Liverpool man has struggled with injuries during his time at the Nou Camp and only managed 14 appearances in all competitions last term.

The Reds signed Coutinho from Inter for £12million back in 2013, making over £100m profit in their sale to Barcelona five years later.

Barca are looking to reduce their extortionate wage bill this summer, but according to Mundo Deportivo, a loan is the only feasible option for the 29-year-old.

Coutinho is currently in Brazil working to get fit for the upcoming season.

The 2020 Champions League winner has been eyeing up a return to Anfield, but Jurgen Klopp has not expressed any interest in bringing the playmaker back to the club.

In May it was reported that Barca offered Coutinho to the Reds in exchange for waiving the remaining £40million they are still owed for the playmaker.

The Turkish international helped AC to a second-place finish in the Serie A, bringing Champions League football back to the club for the first time in eight seasons.

He scored 32 goals and produced 48 assists in 172 appearances for the Rossoneri.

Elsewhere, AC striker Rafael Leao has been linked with a move away from the San Siro.

Leao scored seven goals in 40 appearances in all competitions last season but struggled with various injuries throughout the campaign.

The Italian giants are open to selling the forward with both Everton and Borussia Dortmund interested in striking a deal.

However, the 22-year-old is not interested in a move to Goodison Park according to Calciomercato.com, but would be open to moving to Dortmund.

The Bundesliga club have shown interest in Leao before but have not made a bid for the player.

It was reported in April that Milan were looking for £50million for the striker, with the Toffees and Wolves both interested, but recent reports suggest his price tag will be around £30m.