Home Liverpool Coutinho reveals why Salah has starred for Liverpool 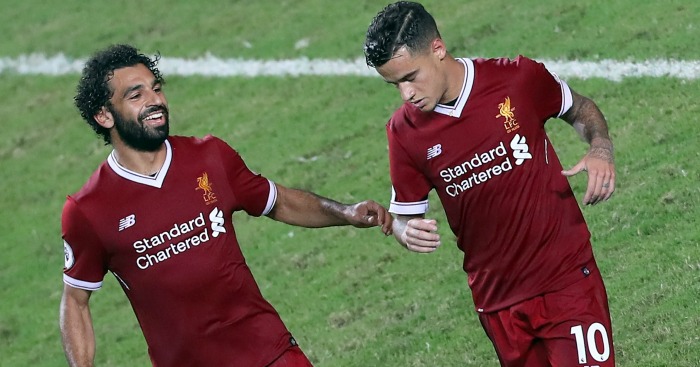 Philippe Coutinho has explained what he sees as the reason for Mo Salah’s stunning start to the Premier League season.

Fomer Chelsea fringe player Salah moved to Anfield from Roma in the summer in a deal worth around £36.9million but he has settled in instantly, scoring 14 goals and offering four assists in 19 appearances.

Salah, Coutinho and Roberto Firmino have made the Reds one of the most feared attacking sides in the country, even if their defensive record leaves plenty of room for improvement. And Coutinho has explained what has impressed him most about the Egypt star.

“He’s a very quick player and he’s always trying to move so that he can get into empty space and that makes it easier for whoever has the ball, I always say that.

“He’s a great player. Everyone – us and the fans – have been really impressed with the way he’s settled in here, the way he’s adapted to the team in a new country.

“Everything is fully deserved, he’s a great bloke, he always trains hard and he’s there when we need him – that is good for Liverpool.”