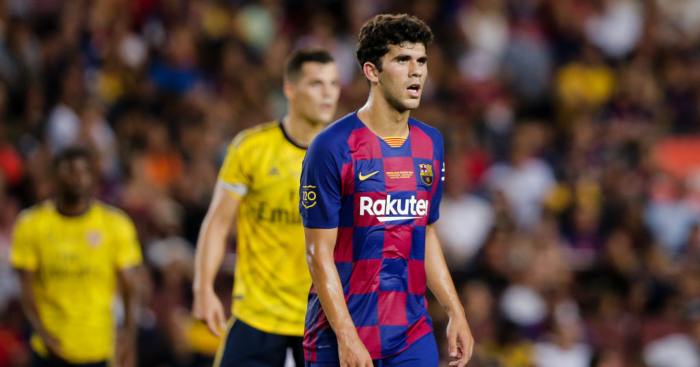 Spurs have widely been reported to be interested in bringing the 21-year-old Spaniard to White Hart Lane, with his potential arrival helping to freshen up a squad that has begun to look stale this campaign.

Alena – a product of the club’s famous La Masia academy – has graduated through the Barcelona youth ranks since joining the club as a seven-year-old, but with gametime severely restricted this term, a January move has been touted.

Now, a report in the Spanish media has shed light on Barcelona’s transfer plans in the winter window, with the future of ex-Liverpool favourite Coutinho – who is currently on loan at Bayern Munich, a key factor in any decisions they will make.

The article by Mundo Deportivo (via Sport Witness) states that: ‘the Catalan club will not bring in new players, but they will look to sell in the next window,’  with hopes high the club will ‘raise €124m from player sales’ in the fiscal year.

The overwhelming majority of that figure would be raised in one fell swoop if Bayern Munich decide to turn Coutinho’s loan move permanent in a deal expected to be worth around €120m.

The Brazilian has contributed two goals and four assists so far in his time in Bavaria, but will need to improve on those statistics if he is to convince the Bayern chiefs he is worth the huge outlay.

If Bayern do not pull the trigger, Barcelona will ‘have to look at other options, which would be allowing a few of their midfielders to leave the club.’

That could signal good news for Spurs in their pursuit of Alena, but could also be positive news for Man Utd if they step up their reported interest in Croatian Ivan Rakitic.