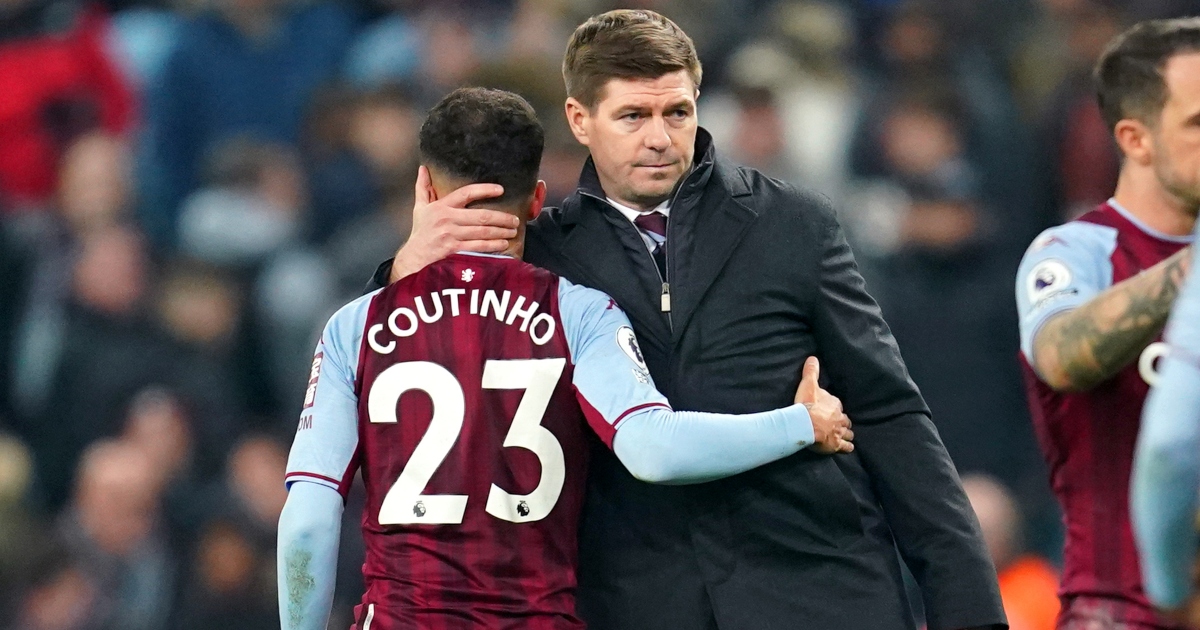 Philippe Coutinho is “super happy” playing for Steven Gerrard at Aston Villa, according to Fabrizio Romano.

The Brazilian playmaker returned to the Premier League in the January transfer window, joining on loan from La Liga giants Barcelona.

He made an instant impact in his debut against Manchester United, helping provide the Villans’ first goal before scoring an equaliser as Villa came from 2-0 down to draw 2-2.

The club’s fans have warmed to Coutinho very quickly, who was signed by his former Liverpool team-mate and Villa boss Gerrard.

And in a huge boost, transfer journalist Romano has revealed that Coutinho is loving life at Villa.

“Who’s close to Coutinho? Agents. They say they never saw Philippe happy and ready to fight as they see him right now.

“So, a few weeks ago, he was suffering at Barcelona because he was not even considered as a key player.

Chambers’ move to Villa Park came as something of a surprise at the end of the transfer window, rounding off a busy January which saw Philippe Coutinho, Lucas Digne and Robin Olsen also arrive at the club.

“The good thing about Callum Chambers is he’s back up for right-back and back up for centre-back,” Agbonlahor told Football Insider.

“He’ll be fourth-choice centre-half behind Kortney Hause [plus Tyrone Mings and Ezri Konsa] but he’ll be second-choice right-back [behind Matty Cash].