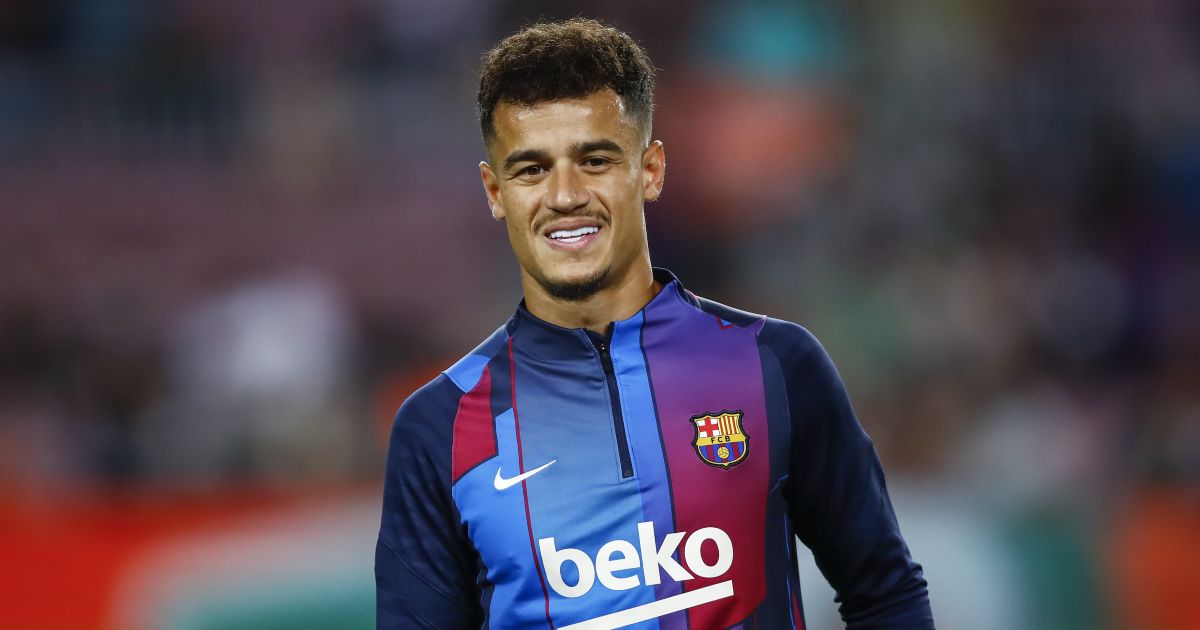 Philippe Coutinho wants to leave Barcelona as soon as possible with Arsenal his top choice, according to reports in Spain.

Arsenal, Tottenham, Flamengo and Newcastle United are the main clubs to have been linked with Coutinho in recent months as he looks to leave Barcelona.

And now Cadena Ser journalist Bruno Alemany, speaking to Què T’hi Jugues, claims that Coutinho is demanding a Barcelona exit ‘now’ in an attempt to ‘play more’ and help his chances of being selected for Brazil at the 2022 World Cup.

‘Sources close’ to the former Liverpool attacker insist that there are ‘two teams interested’ in him: Premier League sides Arsenal and Newcastle.

Alemany adds that Coutinho ‘would choose Arsenal’ if given the choice as he looks set to leave Barcelona – who are keen to get the Brazilian’s huge wages off their books – in the January transfer window.

Meanwhile, former Premier League striker Noel Whelan thinks it would be worth pursuing Coutinho if he can show the form that got him a move to Barcelona.

Whelan told Football Insider: “He’s been off the radar for quite a while now. He was signed by Barcelona for a hell of a lot of money.

“It didn’t work out for him there. Then he goes to Bayern Munich and it doesn’t work out there for him either. It seems like he’s kind of lost his way a little bit and that bit of desire he had when he was at Liverpool.

“It’s whether you can get the best out of him. Is that fitness level and that sharpness still there in his game?

“If it’s not, then there’s no point going out there and spending that kind of money on bringing a loan player in of that stature.

“You might have people in the youth side that could probably, maybe, give you a bit better. When it comes to experience and learning off players like that, you can only learn off them if they come with the right attitude.

“He has to show them the same amount of quality he did when he was at Liverpool.”