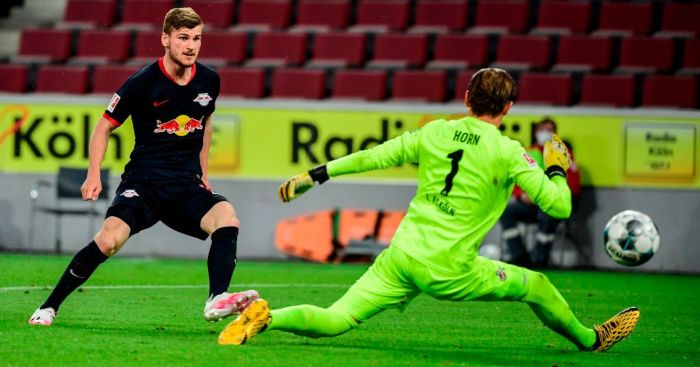 Before the Premier League was suspended it looked as though the Germany international was heading straight to Liverpool – but the current situation has thrown that into doubt due to uncertain finances.

Although Liverpool continue to be linked with Werner, there have been rumours that Chelsea could rival them for the 24-year-old if they miss out on Lyon striker Moussa Dembele.

And Burley can see why Chelsea “would be interested” in Werner – who scored in Leipzig’s 4-2 win on Monday night against Cologne – as he “ticks every box for them”.

“You want to back yourself as a player,” Burley told ESPN.

“You’ve got a manager in Klopp who will be very enthusiastic in trying to sell the platform to him.

“Clearly when I played, you played on the Saturday, you played on a Wednesday and expect to play the following Saturday if you played well enough. If you got told you were left out of the side, you knew it wasn’t for resting purposes, it was because you were dropped.

“The game has changed, you’ve got to have a deep squad and a quality squad.

“I think Klopp can sell to Timo Werner that Sadio Mane, Roberto Firmino and Mohamed Salah have carried the load for Liverpool, and they’re not going to play 50 or 60 games per year.

“I’m not surprised Chelsea would be interested, though, he ticks every box for them.

“He can play out wide, they’ve got wide players, he can play through the middle, he works hard, he presses when he’s not got the ball, it absolutely makes sense for him.”