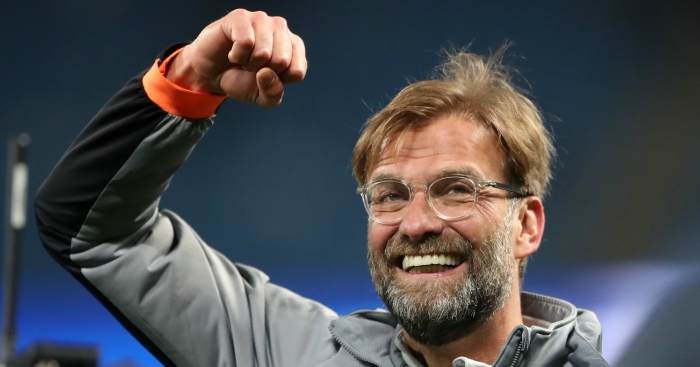 Type ‘Klopp Manager of the Year’ into the search bar of Twitter and you will be faced with all strains of hilarity from Manchester United, Arsenal and Tottenham fans aghast at the German being on the shortlist – or even in the conversation – for such awards. They went from fourth to fourth! They didn’t even pick up as many points! He has won nothing! The media is biased! What a fraud!

Except it’s nonsense, isn’t it? Klopp should not only be in the conversation when we speak about managers of the season, but among the top three candidates from the Premier League. If the criteria is achieving far more than widely predicted – and what other criteria do we have if we look beyond a simple league table for indications of success? – then Klopp should be vying only with Pep Guardiola and Sean Dyche for credit.

Nobody expected Manchester City to win the Premier League by 19 points. Nobody expected Burnley to finish seventh. And nobody expected Liverpool to be in the Champions League final with a place in next season’s competition already secured. Qualifying at all was far from a given; only one of six Football365 predictors named them in their projected top four and less than half of the 40 pundits, presenters and commentators polled by the BBC saw this coming. And that’s just the most likely half of this achievement double.

To attempt to find some perspective in among the tribalism, Jurgen Klopp is only the second Premier League manager in a decade to both finish in the top four and reach the Champions League final. The first? Sir Alex Ferguson. Where Guardiola, Jose Mourinho, Antonio Conte, Carlo Ancelotti, Louis van Gaal and Arsene Wenger have failed in the last decade, Klopp has triumphed. And you want to crow about finishing above them in the Premier League? Regardless of what happens in Kiev, this has been a phenomenal season.

While the interminable debate rumbles on about whether Chelsea’s euphoria at winning the FA Cup means that they have had a better season than second-placed but potless Manchester United, it all feels a little ‘bald men fighting over combs’ when Liverpool have finished fourth and could yet lift the Champions League trophy. That is a scenario that was a 56/1 shot in August; it’s not quite Leicester winning the Premier League but it was considered damned unlikely.

Liverpool embedded themselves in the top four in December and have not been shifted since, despite going deeper and deeper into the Champions League. Because it feels like their top-four place was never in real doubt – and indeed they were breathing down United’s neck for second place – it is easy to see their fourth-place finish as an inevitability. Or even as a disappointment after victories over Manchester City showed what might have been with greater resources.

But if we make judgement in May with a nod to realistic August expectations, only the one-eyed would deny that Liverpool and Klopp have over-achieved. And that’s even without awarding marks for style, for verve, for attacking intent. And with barely a mention for net spend and the quite-considerable blow of losing your best player mid-season. It sure sounds like Manager of the Year material.