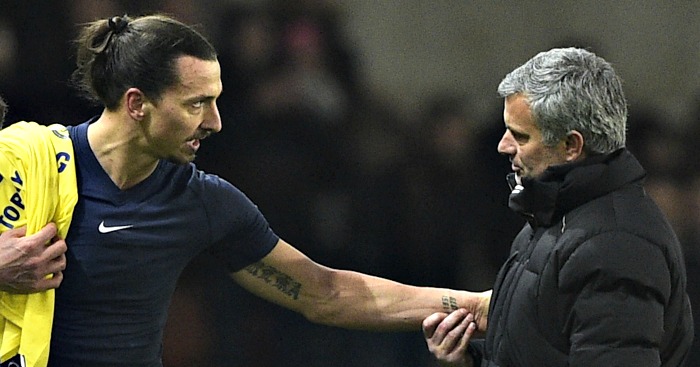 Former Inter and Chelsea man Hernan Crespo believe Zlatan Ibrahimovic and Jose Mourinho will help bring the Red Devils back to the top.

Crespo played with Zlatan at Milan and was managed by Mourinho, and insists the Portuguese boss knows how to handle the Swede.

“With both Jose and Ibra you only needed a second to understand them. One little look, one sentence,” Crespo told the Guardian.

“The most special thing with Mourinho is his ability to create a special bond with every player: he always knew what to say to every player after every game, which was extremely impressive.

“So he knew how to handle Zlatan.

“One time, after a defeat, Zlatan was furious. You just needed to look at him to see how angry he was.

“Mourinho, however, went to speak to him and in a few moments he had resolved the issue.

“Zlatan, for the next game, was even more motivated and we were superb with Zlatan the best player on the pitch.

Ibrahimovic arrives in Manchester having won four league titles on the spin with Paris Saint-Germain. He has also won titles in Italy, Spain and Holland.

“My relationship with Zlatan, if you allow me to say so, was special,” Crespo continued.

“There was one game, Cagliari v Inter, during which nothing was working – we were so bad it wasn’t easy to see that we were actually playing football.

“I was running around a lot and Zlatan was really angry with all of us. When he came to me to tell me off for something I spoke to him and said: ‘Keep calm Zlatan… I’m not a young guy, I am Hernan Crespo.’

“And from that moment we had a fantastic relationship, with a lot of respect.

“Ibrahimovic made me understand that he admired the career I’d had, as an older player with more experience than him.

“We were always good friends and there was no lack of respect for me from him.

“Zlatan always made me score lots of goals – four or five – in training matches and then, on Sundays, in the league, he always scored.

“I told him: ‘If you passed to me like you do in training then I would be top scorer!’”