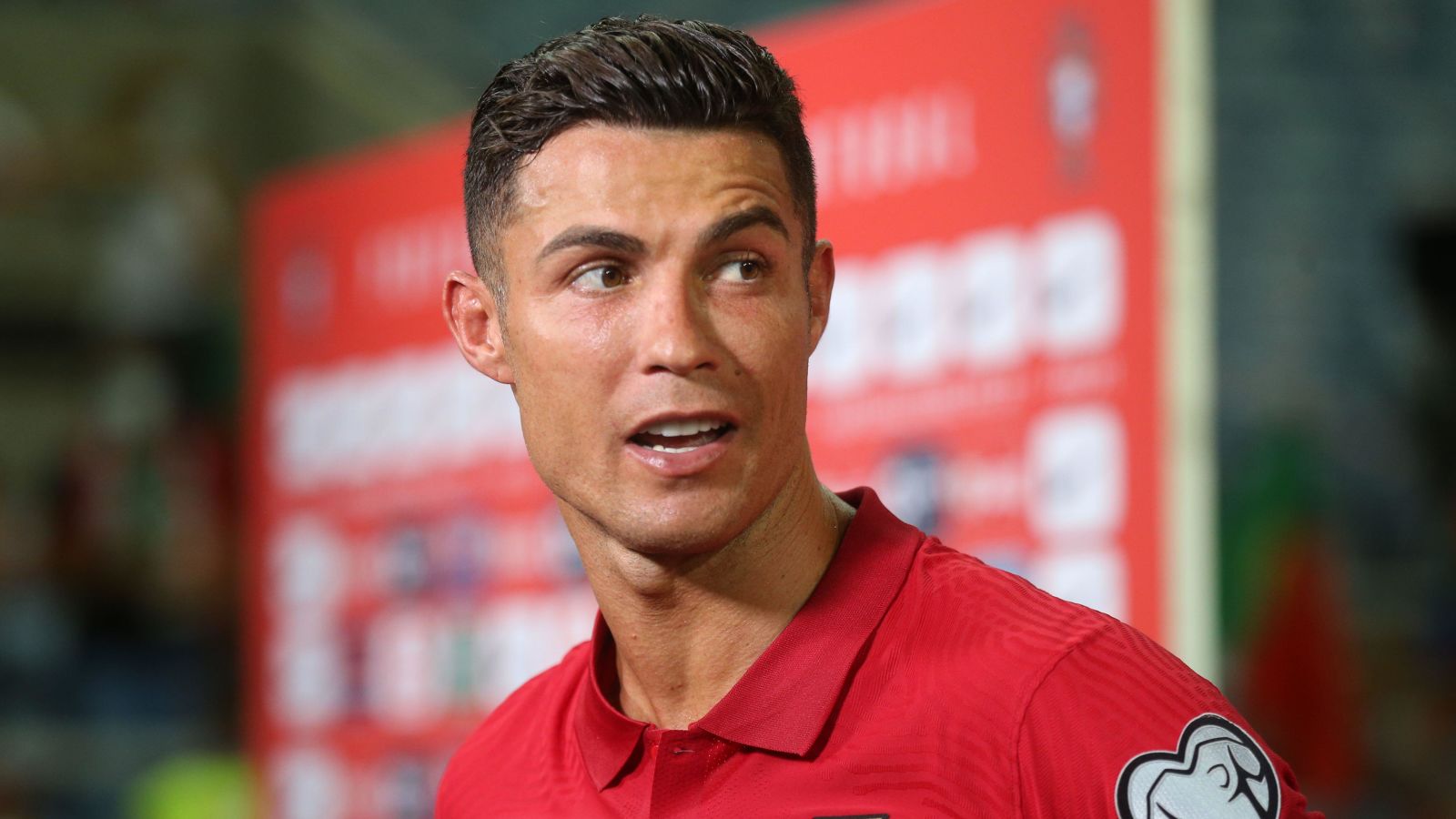 21:17: Right, that’s about it for us, time do so some real news reporting *Googles ‘Ronaldo interview’ for more click-worthy content*. Some takeaways first though:

21:06: By the way, here’s a Mediawatch from a couple of days ago on the likeliest of ‘unlikely friendships’ between Ronaldo and Morgan.

20:55: Explaining why he respects Rio Ferdinand and Roy Keane, Ronaldo says “they were there in the dressing room”, unlike Rooney and Neville…

20:52: Morgan’s talking about the ten second clip of Ronaldo telling him he’s got good abs getting 43 million hits and explaining that he then became aware of his pal’s “firepower”, which is exactly why he’s got him doing this interview, and pass the sick bag.

20:49: Ronaldo says he’s the most followed person on Instagram because he’s “charismatic”. Hahahahahaha.

20:43: Ronaldo’s “got a message” for Gary Neville and Wayne Rooney after the break, says Morgan. We already know what those messages are, but let’s pretend we don’t.

20:37: Don’t really know what to do now other than to say it’s possible to be empathetic with someone you dislike with every fibre of your being. He looks down the camera and says “thank you to everyone in the English community” for reaching out to him.

20:33: We’re into a heavy bit now as Ronaldo talks about the death of his son. Horrible.

20:26: Oh and now Diogo Dalot is the best young professional at United. That guy worships the ground Ronaldo walks on.

20:25: Ronaldo naming some great Manchester United players there – Roy Keane, Rio Ferdinand – who happen to be some of his biggest fanboys. Patrice Evra will be gutted.

20:22: Ole Gunnar Solskjaer “needed more time”, because Ronaldo would have been playing.

20:20: “They think they find the last Coca-Cola in the desert,” Ronaldo says, I think referring to Rangnick (and every manager’s) obsession with pressing.

20:17: “Not even a coach,” Ronaldo says on Manchester United hiring “sport directive” Ralf Rangnick. They never got on. He “had to call him boss” but “never saw him as a boss”.

20:15: AD BREAK! Ronaldo features in our World Cup geriatric XI. Quite the team, this.

20:11: He’s talking about the lack of change since he’d been away from Manchester United, which feels like a fair point. “Zero progress,” he says.

20:02: “Because I like you,” Ronaldo says when asked why he’s doing the interview. “I like you too,” says Morgan. Too early for the sick bags, folks.

19:55: TalkTV is on and Jeremy Kyle is talking to Dom Joly, obviously, but there’s a ‘RONALDO WORLD EXCLUSIVE’ countdown clock in the corner that Jezza keeps referring to.

19:49: OK, so we’re 11 minutes from kick-off. By the way, should you need them, and I’m not for one moment suggesting you will, here are some potential red flags that might indicate someone is lying…

Just something to consider.

19:41: Just when you thought the news cycle on Cristiano Ronaldo’s controversial interview was over, Piers Morgan airs the damn thing. But don’t worry, if you can’t bring yourself to contribute to the audience numbers for what is essentially ‘Two Pr*cks In A Room’, we’ve got you covered.

Follow the updates with Football365, and what will most probably be some pretty sketchy quoting, as Ronaldo does the dirty on Manchester United, Erik ten Hag and anyone who would dare to suggest that he’s a disrespectful, over-the-hill, whining little twerp. You can probably sense what the tone will be…