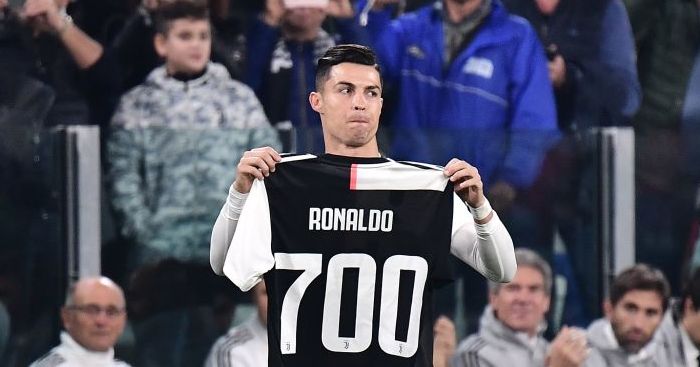 Football might irreversibly change but Cristiano Ronaldo, Kylian Mbappe and the oligarch class will always be coveted.

The transfer market will never be the same. Or at least it won’t be for the foreseeable future. For most of the past few decades, football has been carrying on as if the time to settle up would never come. But now that point has arrived – now it’s been proven that the gravy train can, under exceptional circumstances, grind to a halt – expect the sport to carry itself with more caution in future.

That’s very much the party line. It’s implied in nearly every conversation made public and also by those within the game who have been prepared to talk on the record. In late April, Ed Woodward warned against thinking that it would be “business as usual” this summer. Before then, way back in the days when he was gleefully furloughing his non-playing staff, Daniel Levy pronounced himself incredulous that conversations about squad strengthening and transfer spending were even taking place.

Perhaps his Tottenham side are the most useful test case. Even with the scale of profits announced in their most recent financial results, their trading activity at season’s end will almost certainly be limited to free transfers, swaps and loans. At the very least, Jose Mourinho will have to sell before he can buy and, even then, the chances of getting a good price for anyone seems highly remote.

There’s the barometer, then. The days of buying Dominic Solanke for £19m or Tyrone Mings for up to £26.5m are surely over. For players in those middling categories, the news probably isn’t good. In fact, for any footballer not deemed truly rare, wage inflation by default will probably now just become a memory.

That isn’t necessarily unwelcome. The real argument about footballers’ wages has never really been about who earns what at the very, very top of the game, but instead the dynamic by which even relatively ordinary players have been able to earn decadent salaries. Maybe that is what the game will now start to correct?

If a player isn’t essential to a side – if he isn’t a foundation piece, or a guaranteed starting cornerstone – then perhaps the length of contract on offer to him will be shorter. Instead of looking to secure futures over the long term, clubs might treat the game’s middle-class players as disposable. They could reason that having to replace a central midfielder every two years is preferable to having the same player’s exorbitant contract on their books for five.

We’re all guessing. Even those on the inside of this situation and supposedly in control of it. That kind of subtle mentality change does appear likely, though. Instead of pivoting around imperatives like sell-on value and squad retention, post-pandemic football should realistically be shaped by the fear of something similar happening again. That means that for the clubs who do survive and actually have a choice in the matter, operating procedure as it relates to squad building will be determined by limiting exposure.

For obvious reasons, there are some clubs for whom that doesn’t apply. There are also players who will always be unique and, clearly, that scarcity doesn’t depend on global conditions.

Within that lies the potential for something quite strange. It has long been a tactic of the game’s super rich to artificially inflate the market. Paris Saint-Germain’s signing of Neymar was partly instructed by that aim and the desire to create a shelf within the sport that only they could reach. On the basis that such ambition survives at clubs of that profile – and will soon be supplemented by whatever happens at Newcastle – isn’t it likely that the very best players in the game will actually retain their value?

Why shouldn’t they? After all, they will continue to be extremely precious – and not just in a sporting sense. The worth of a Messi, a Ronaldo or even a Neymar is practically incalculable as a brand asset. In two or three years’ time, if not already, Kylian Mbappe will occupy the same territory. That’s because of ability, of course, but also the changing trends in how people watch the game and the definition of their fandom.

For younger fans, often those who are displaced and watching from afar, the individual is king. The team is just the parade float or the podium or the packaging for the figurine that holds their real loyalty.

Recent statistics reflect that. At the suggestion that Juventus might sign Ronaldo from Real Madrid back in 2018, the Italian club’s share price jumped by 25% in a week. When he actually did join, a Financial Times article from 2019 estimated that 520,000 shirts with his name on the back were sold within 24 hours. Shirt sales are a bit of a myth – the manufacturer typically benefits from those sales far more than the club – but as a measure of an individual’s worth the rate at which they’re sold is still compelling and pertinent.

As are the changes in social media following. When Ronaldo left Madrid, he had somewhere in the region of 190m Instagram followers. Between his transfer being completed in July and the end of the year, the size of Juventus’ account doubled, from 10m to 20m. In the lingua franca spoken between clubs and sponsors – Richard Arnold-speak – that equates to 10m new supporters and, as such, is testament to the power of the very best players in the game.

Cristiano Ronaldo is a highly unusual player, the kind of comet which doesn’t even flare once in a generation, but football’s stratosphere always restocks itself and, when it does, those inhabitants – with their marketing allure and their enrapturing effect on young fans around the world – will exist in the way they have before, with the same price tag around their neck, and the same billionaires hovering over them.

They are the government bond of the sporting world and really the only commodity which will be worth then what it was before. Maybe the game is headed for recession and perhaps civilian footballers are collectively approaching a harsh reappraisal of their worth, but the special ones – football’s oligarch class – have too much purchase on the world to be any poorer.