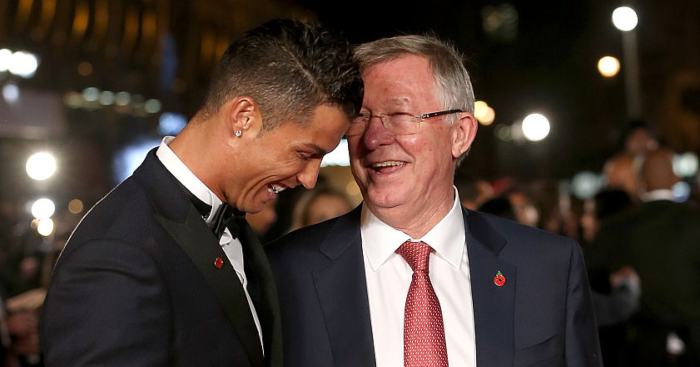 Patrice Evra has revealed that Sir Alex Ferguson got Cristiano Ronaldo to agree to a return to Man Utd just two weeks before the former manager retired.

Of course the return of Ronaldo – who left Man Utd for Real Madrid in 2009 – never materialised but Evra claims Ferguson’s plan was to bring in the Portugal international and Gareth Bale as he looked to win the Champions League.

And Evra said that just two weeks after he had talked to Ferguson about signing Ronaldo the Scot ended up announcing his retirement to the squad.

FEATURE: What has Solskjaer done to earn his transfer reputation?

Evra told the official Man Utd podcast: “You know, you talk about the hardest moments [in my United career], I would say maybe this (Fergie’s retirement) is the one.

“Two weeks before that, I remember there was a lot of media saying Ferguson will maybe retire next year, and he said, ‘Patrice, I will never retire. I will be here another 10 years’.

“He then said: ‘My target is I’m 99 per cent sure we will have Cristiano Ronaldo and Gareth Bale. I just need these two players to win the Champions League again. Ninety-nine per cent.’

“And to be fair, when I speak with Cristiano, I ask him and he said yes to the boss, and was coming to join United. He told me this.”

On the reaction to Ferguson retiring, Evra added: “After two weeks, we were in the dressing room waiting.

“He came, and he said, ‘I’m really sorry. Some people have said that I’m going to retire even before I say it myself. That’s why you saw all those cameras. But I will retire because my wife needs me’.