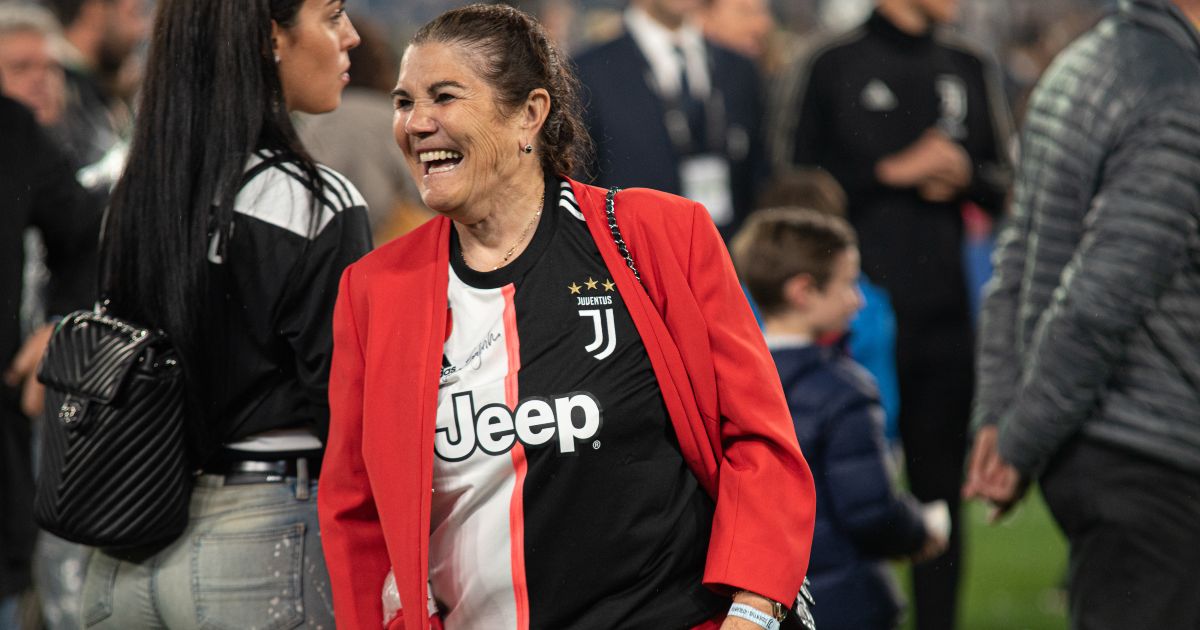 Cristiano Ronaldo’s mum has revealed that she is trying to tempt the Man Utd striker back to Sporting Lisbon before the end of his career.

Ronaldo returned to Old Trafford on transfer deadline day after deciding he wanted to leave Serie A outfit Juventus in the summer.

Man City had looked close to a deal before the Red Devils swooped in to steal the Portugal international at the last minute.

Ronaldo started off his career at Sporting Lisbon before moving to Man Utd for his first spell at the club in 2003, in which he scored 118 goals in 292 appearances in all competitions.

And now his mother, Dolores Aveiro, wants the Man Utd striker to return to Sporting at some point before he hangs up his boots.

“Ronaldo has to come back here [to Sporting], for me he’d be here,” Aveiro told the ADN de Leao podcast.

“He likes to watch Sporting’s games. I’ve already told him: ‘Son, before I die I want to see you return to Sporting.’

“He said, ‘Let’s see’. But if it isn’t [him], it’s Cristianinho! At his age, he plays better than Ronaldo. At the same age, Ronaldo didn’t have a coach, but today Ronaldo is his son’s teacher.”

Meanwhile, Man Utd midfielder Juan Mata was pleased to beat West Ham late on in a 2-1 win on Sunday and insists the squad is focused on their Carabao Cup clash against the same opponents tonight.

“It was a great way of winning with that penalty at the end, with that save at the end. I was very, very happy for him [De Gea], he deserved a day like that,” Mata said.

“But we are moving on, we are thinking already about the next game because as you know, we have many games now, so there’s no time for celebrating a lot. It’s time for feeling good but getting ready for the next one.

“They will probably make some changes, so maybe the personnel is a tiny [bit] different but they still have a very competitive squad, we know how difficult it is going to be to beat them but we play at home and hopefully we can have a great game.”

On support from the Man Utd fans, Mata added: “It’s always fantastic to see Old Trafford full, so hopefully it’s going to be full, I know they [the fans] will be supporting us.

“We have been waiting for so long to have them back so it’s great to play in front of them and hopefully we can give them a good game.

“It’s [the support] key for us. Football without fans means nothing and especially our fans, both home and away, they give us so much,” the Spaniard added.

“When we play in front of them, everyone feels one level higher in excitement and everything. So, hopefully we can have a great season for them because they have been waiting for so long to come back and support us.”