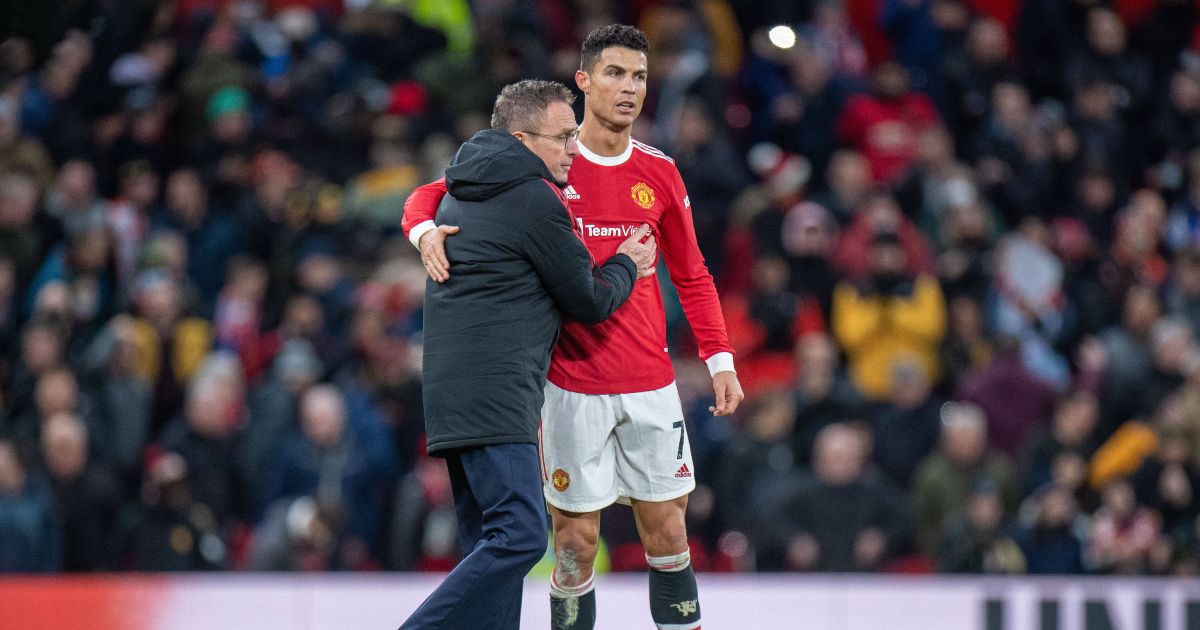 Rangnick’s introduction to life at United has been a turbulent one with the club’s Carrington training ground closed for more than a week after a Covid-19 outbreak.

MAILBOX: Man Utd star ‘immune from criticism’ is ‘the next Theo Walcott’…

The German is famed for his high pressing style of football but he’s struggled to impart his methods on the United players as they struggle to keep pace in the battle for the top four in the Premier League.

The lethargy of the squad was clearly evident in their 1-1 draw with Newcastle on Monday, a point they were lucky to win given the number of quality saves David de Gea was forced to make.

Ronaldo started as one of two central strikers in Rangnick’s typical 4-2-2-2 formation alongside Mason Greenwood, before the academy product was replaced by Edinson Cavani, who netted the equaliser for the Red Devils.

Ronaldo was seen throwing his arms up in frustration on numerous occasions at St James’ Park and according to Mundo Deportivo (via Mirror), Ronaldo has major concerns over the team’s performances in the Premier League.

The report adds that the 36-year-old is also not convinced by Rangnick’s methods on the training ground, despite his short period at the helm.

Ronaldo has found the net 13 times this season but United now sit 19 points behind Manchester City in the Premier League, albeit with two games in hand.

Gary Neville was critical of the United players’ attitude in the draw with Newcastle, with Ronaldo and Bruno Fernandes the chief ‘whingers’.

“We talk about body language. We talked about it early in the season when Ronaldo ran off at the end of the Everton game,” Neville told Sky Sports. “He’s run off again tonight. He ran off at Watford when everyone knew the manager was going to get the sack. And at Norwich.

“There’s [Bruno] Fernandes whinging, too. They’re the two senior players. It’s devastating for younger players when the two best players are looking at every other player like they’re not good enough.”