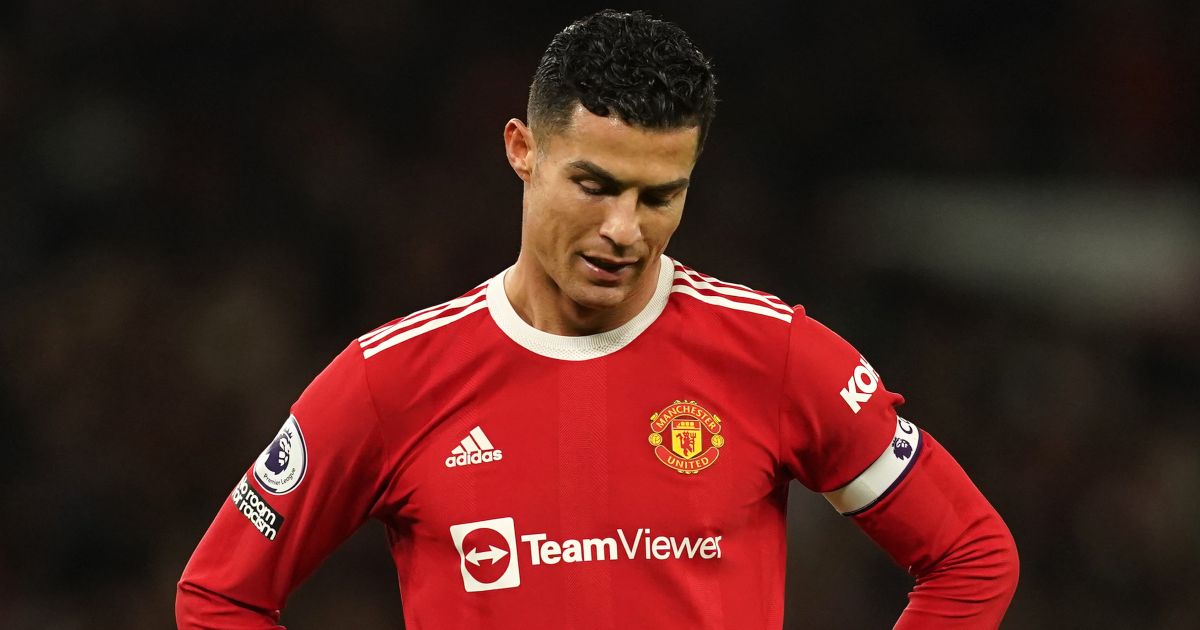 Cristiano Ronaldo is in talks with Man Utd about a potential summer exit if the club fail to qualify for the Champions League, according to reports.

The Portugal international has scored 14 goals in 21 appearances in all competitions for the Red Devils after rejoining the club from Juventus in the summer transfer window.

There has also been speculation that Ronaldo could consider his future if the Red Devils continue on the same downward trajectory and now The Sun have another update.

The newspaper claims that ‘there have been talks this week between Ronaldo’s representatives and Richard Arnold who will become the club’s new chief executive at the start of next month’.

Ronaldo and his representatives are ‘concerned at the way the club is going’ with the Portugal international wanting ‘to end his career as a winner and right now there is little chance of that happening at United’.

The Sun say that his ‘dream comeback has turned into a nightmare’ with Man Utd needing Champions League football to keep Ronaldo happy at Old Trafford.

During an interview last week, Ronaldo backed Rangnick to “destroy a few things” as Man Utd aim to finish in the top four.

“I don’t want to be here to be in sixth place, or seventh place, or fifth place. I’m here to try to win, to compete.

“I think we compete but we are not yet in our best level. But we have a long way to improve and I believe if we change our mind, we can achieve big things.

“Since he arrived five weeks ago he changed many things. But he needs time to put his ideas across to the players.

“It takes time but I believe that he is going to do a good job. We know we aren’t playing the best football but we have many games to improve.

“Since he arrived I think in some points we are better, but he needs time. It’s not that easy to change the mentality of players and the way they play, the culture, the system like that. I believe that he is going to do a good job.”