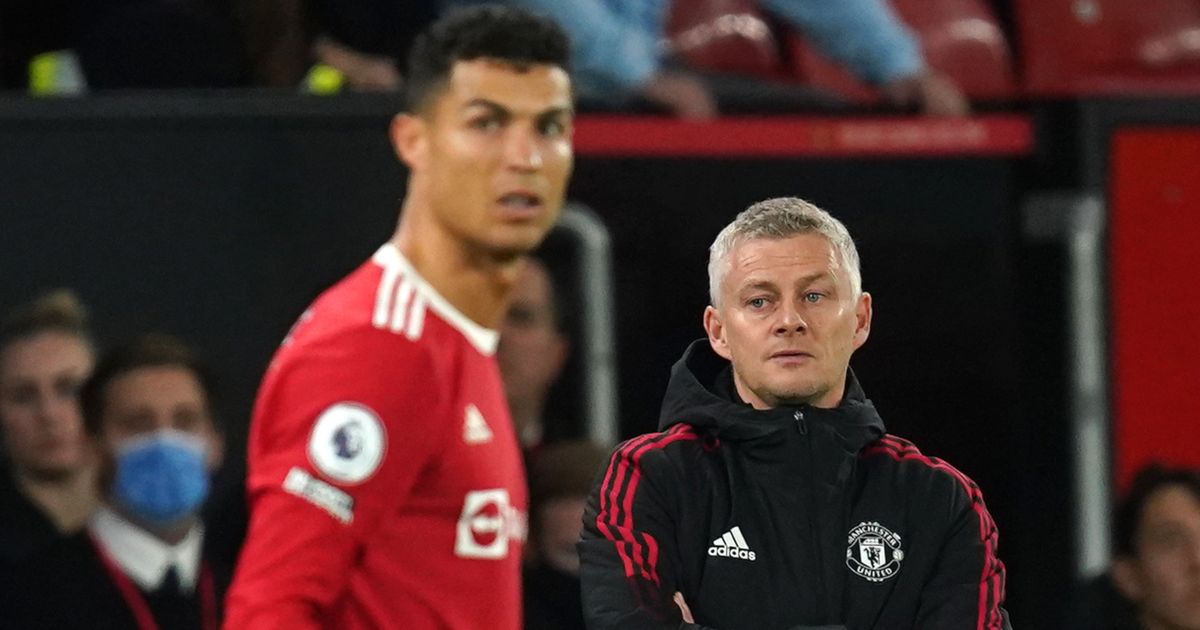 Cristiano Ronaldo has reportedly attempted to rally the Manchester United troops amid uncertainty over the future of Ole Gunnar Solskjaer.

The United boss is under extreme pressure at Old Trafford following the 5-0 defeat to Liverpool, with reports of dressing room discord and a ‘lack of faith’ emerging in the last few days.

But sources told the Manchester Evening News that ‘Ronaldo is holding the dressing room together and has encouraged teammates to support beleaguered manager Solskjaer’.

The report added: ‘Ronaldo advised the United players to not down tools, irrespective of what they thought of Solskjaer’s tactics, until an eventual change of manager’.

That doesn’t sound all that supportive.

It’s not the first time rumours of Ronaldo’s dressing room sway have emerged, with the former Real Madrid star reportedly claiming his teammates should have been ‘ashamed’ of their first half performance against Atalanta.

A further report in The Times claims the United stars ‘hit out at each other and the management during clear-the-air talks’ shortly after the 4-2 defeat to Leicester.

The Norwegian’s decision to hand Harry Maguire the captaincy just six months into his United career was queried by one player, while another criticised some of his teammates for a ‘lack of motivation in training’.

One player ‘turned on Solskjaer over his team selection’, asking why he was so reluctant to drop those who weren’t performing to hand opportunities to others, claiming the United boss was ‘too resistant to reward those fringe players who were training well with a place in his starting XI’.

The report claims another heated discussion took place after the embarrassing 5-0 defeat to Liverpool, while players have said among themselves that Solskjaer does not have the ‘tactical acumen’ to compete with Pep Guardiola, Jurgen Klopp and Thomas Tuchel.

Ed Woodward is said to have held talks with both Solskjaer and the Glazers on Monday. The club are ‘reluctant to sack Solskjaer’ and want to ‘do their bit to help improve the situation’.

But United have a tough run of fixtures to come, with Spurs, Man City, Chelsea and Arsenal among their next five Premier League fixtures, and away clashes against Atalanta and Villarreal next up in the Champions League.