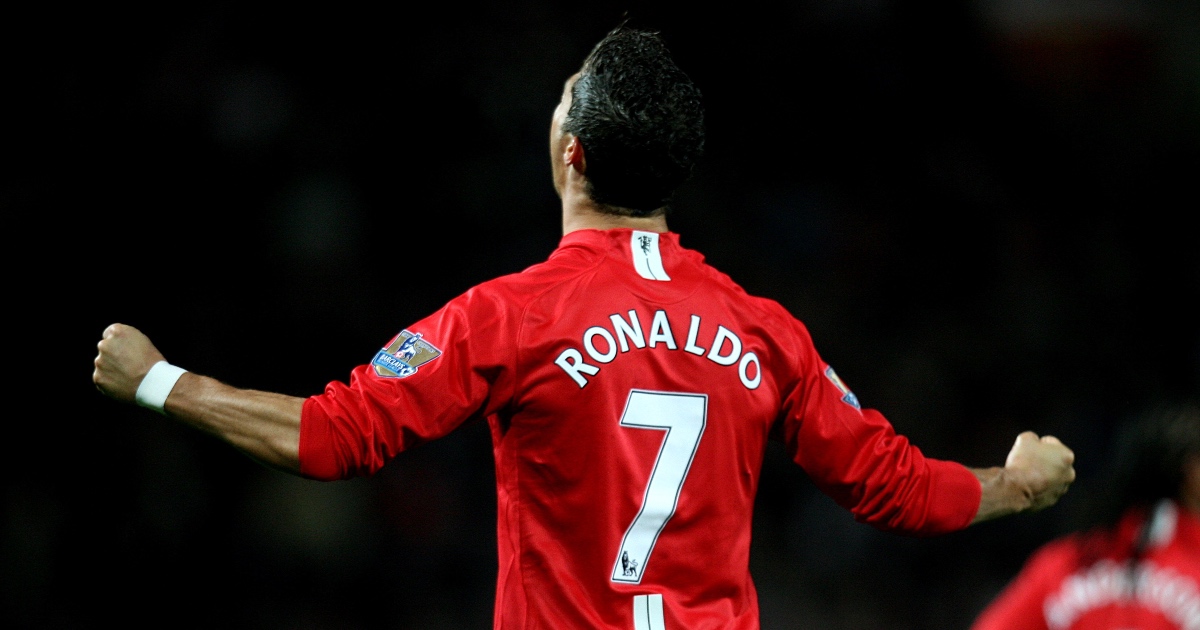 Portugal ace Cristiano Ronaldo will wear the famed number seven shirt in his second spell at Manchester United, the club have confirmed.

The 36-year-old forward was announced as a Red Devil on Tuesday morning after agreeing personal terms and completing a medical.

He was heavily linked with Manchester City earlier in the transfer window, but United acted fast to sign one of their biggest legends.

Arsenal, Spurs must RSVP to Big Six party while they still can

Ronaldo has claimed the number seven shirt from Uruguayan goalscorer Edinson Cavani, who will now wear no.21.

Ronaldo bagged 118 goals during his first spell at Old Trafford. He helped the side to win three consecutive league titles between 2007 and 2009, as well as the Champions League in 2008.

Individually, he received one Ballon d’Or while at the club and was also the Prem’s top goalscorer in 2007-08.

Earlier this week, the player revealed Sir Alex Ferguson’s influence on his return.

“As everybody knows, since I signed for Manchester [United] at 18, Sir Alex Ferguson was the key,” he said.

“I remember when we play against Manchester when I was at Sporting Lisbon. For me, Sir Alex Ferguson is like a father in football, he helped me a lot, he taught me many things.

“And in my opinion he had a big role because of the relationship that we had, we keep in touch all the time and he’s an unbelievable person.

Ronaldo looks set to make his second debut in the game against Newcastle on Saturday September 11.

Sky Sports pundit Jamie Carragher recently gave his verdict on what Ronaldo will bring to United.

“Of course, he’ll be a big example to everyone in that dressing room, they will be buzzing to see Cristiano train, his good habits to still be performing at that level at 36.

“You’re talking about a player who could be playing till he’s 39, and that shows what nick he’s in. Obviously, his record speaks for itself, but it won’t just be for the younger players in terms of Mason Greenwood as an example. Cristiano Ronaldo will pose an example to every footballer.”