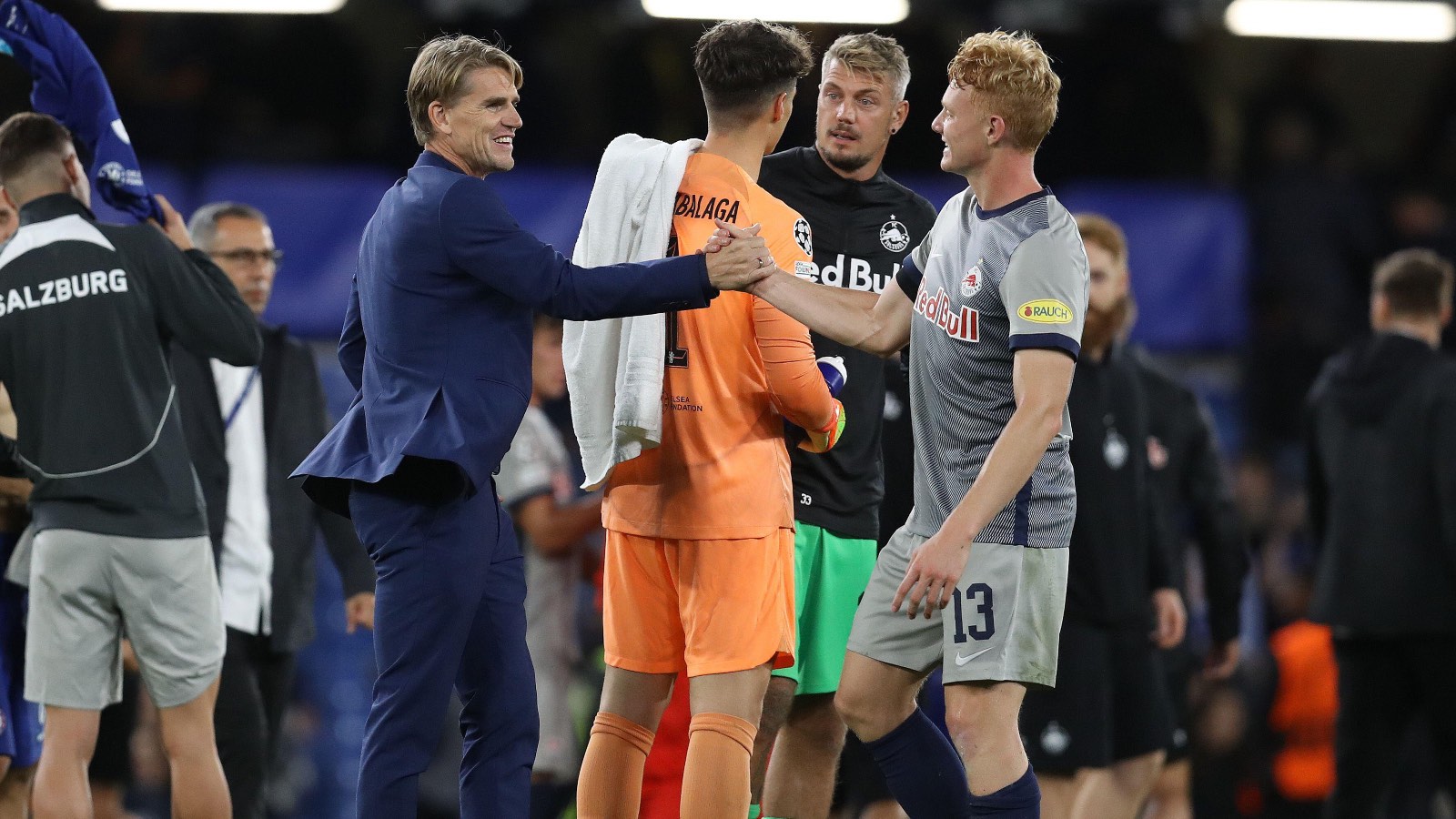 Christoph Freund has refused to rule out a move to Chelsea as sporting director.

The RB Salzburg administrator has reportedly been in talks with Chelsea over the Blues’ sporting director role.

The 45-year-old assumed a highly-visible role at Stamford Bridge on Wednesday night as Salzburg claimed a 1-1 Champions League draw.

Freund high-fived and embraced Salzburg players on the Stamford Bridge pitch after the match, also spending time with coaches and staff in soaking up a big result for the Austrians.

The Salzburg director then later chose not to dampen the links between him and a move to Chelsea.

Chelsea are understood to have held talks with both Freund and Paris St Germain’s Luis Campos, with new owners Todd Boehly and Behdad Eghbali open to adding two new administrators to their recruitment team.

The Blues are expected to continue chasing high-profile and big-money recruits in January and next summer.