Home All The News Croatia 1-1 Czech Republic: Czechs on verge of knockout stage 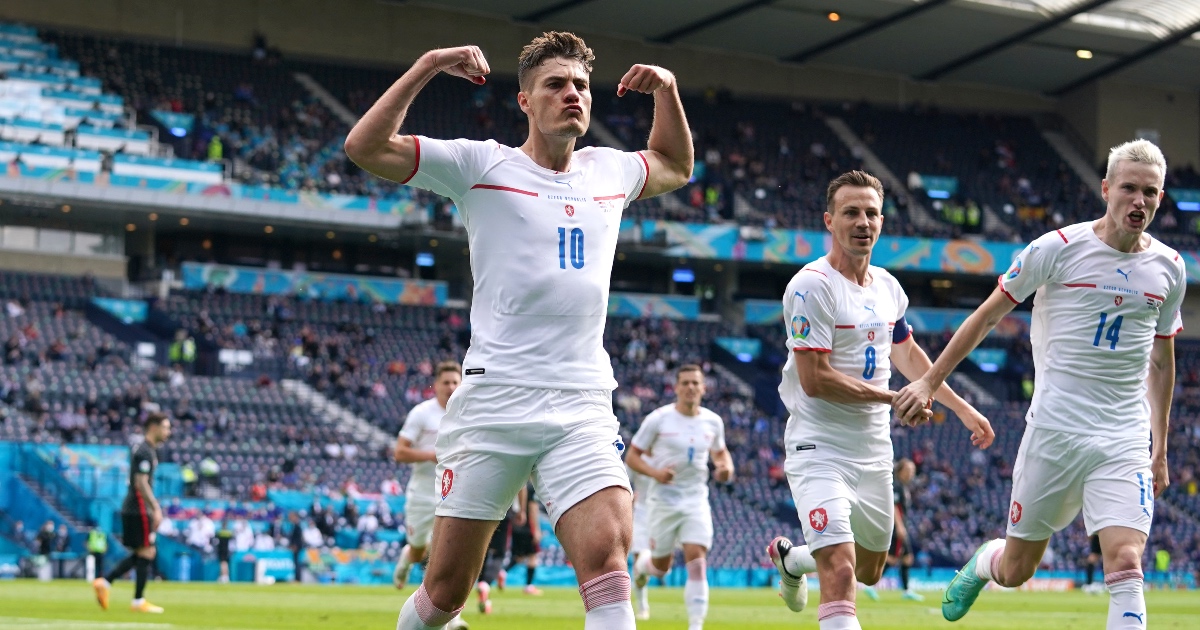 Patrik Schick continued his Hampden hot streak as the Czech Republic boosted their qualification hopes with a 1-1 draw against Croatia.

The Bayer Leverkusen ace lit up the Euros with two goals – including a 50-yard stunner – in Monday’s win over Scotland.

But it was a controversial penalty which saw him net again in Glasgow after Dejan Lovren was harshly penalised for catching the tournament’s top scorer with a high elbow.

Gattuso? Or no? This is beyond Spursy and into realm of absurd

However, the spot-kick was not enough to claim a second successive victory for Jaroslav Silhavy’s team as Inter Milan star Ivan Perisic levelled just after half-time for the 2018 World Cup runners-up.

The Czechs now have one foot in the second round but Croatia must beat Scotland on Tuesday to stand any chance of progressing.

Schick has certainly enjoyed his two visits to Scotland this week, with his clinical double deflating soaring Scottish optimism like a knife through a balloon on Monday.

Were it not for some blunt finishing the Czechs could have killed this game inside the opening 20 minutes.

West Ham’s Vladimir Coufal had a shot blocked by Domagoj Vida before his Hammers team-mate Tomas Soucek headed over from a corner.

Jakub Jankto then blazed a decent opportunity over while the deadly Schick even made a mess of his connection as he fluffed wide.

But the tournament’s first taste of VAR controversy ensured they grabbed the lead seven minutes before the break.

Lovren only had eyes for the ball as he headed away Jankto’s cross to the back post.

But Schick ended up on the deck with blood pouring from his nose after heading the former Liverpool defender’s elbow.

The VAR officials watching the screens back at Uefa’s Nyon headquarters decided Lovren was the guilty party as they advised Spanish referee Carlos del Cerro Grande to award the spot-kick.

Schick’s face was still stained red as he dusted himself down to take the kick but coolly fired past Dominik Livakovic for the opener.

Croatia – who were still without injured Rangers ace Borna Barisic – had struggled to get off the back foot but almost hit back immediately as Josip Brekalo sent Ante Rebic through on goal, but the AC Milan star skewed horribly wide.

However, they were level inside two minutes of the second half as Coufal’s untimely slip allowed Perisic to drive inside from the left and unleash a stinging drive past Tomas Vaclik.

They could even have snatched the win but Nikola Vlasic and Bruno Petkovic both spurned great chances by firing over the bar, leaving the Czechs looking the far more satisfied at full-time.