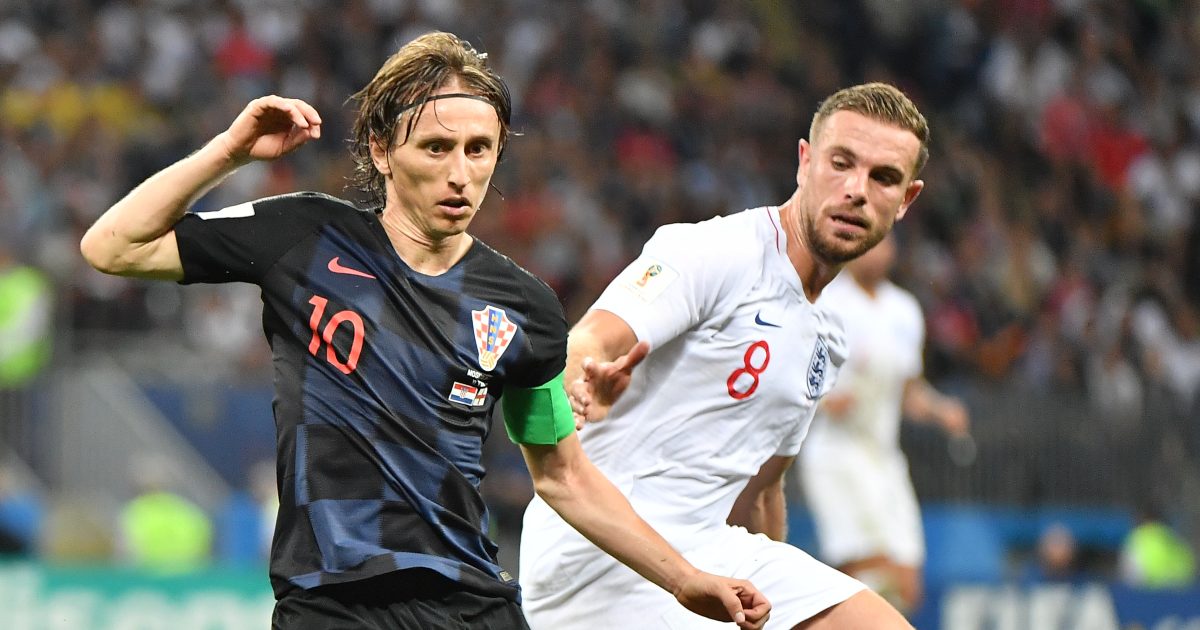 Croatia goalkeeper Dominik Livakovic has insisted that their midfield is “better” than England’s ahead of their Group D opener on Sunday.

England and Croatia have played each other ten times since 1996. The most high profile of these games came in 2018 as they met in the World Cup semi-finals.

Kieran Trippier fired Gareth Southgate‘s side ahead in the fifth minute via a sublime free-kick. Croatia eventually progressed AET thanks to goals from Ivan Perisic and Mario Mandzukic, though.

The Vatreni won the midfield battle that day. Perisic, Luka Modric and Ivan Rakitic all impressed.

England have plenty of options in the middle of the park heading into Sunday’s game against Croatia. In a recent interview (as cited by The Telegraph), Livakovic has suggested that their midfield will help them on Sunday.

“Our midfielders can play against anyone. I think our midfield is better than theirs, so I hope that is somewhere we can do well.”

Not long to go until England start their #EURO2020 campaign with a tough test against Croatia on Sunday.

Chelsea midfielder Mateo Kovacic is part of Croatia’s squad for the tournament. He has heaped praise on Modric heading into the start of the Euros:

“Luka is special. I don’t even know how to describe him,” said Kovacic.

“We are very good friends outside the pitch and so I know how he conducts himself and he is a great, great professional. He has worked so hard to get where he is now – one of the best midfielders in the world.

“At his age, you see a lot of players who are maybe starting a downturn in their careers but he is still at the highest level. He is phenomenal.

“He has given so much to the national team and so much for his club. He plays differently to everyone else and he will be remembered as one of the three best midfielders in the world in this era, if not the best.”

Kovacic has also recognised that The Three Lions have an “excellent” midfield in their own right:

“I see the midfield as the main topic here.

“England are very good in terms of attacking, as are we, so it’s two pretty big teams and it’s gonna be a tough team in terms of the midfield.

“They have an excellent midfield. Mount is in excellent form. Rice as well in West Ham, and [Jordan] Henderson.

“They have a lot of quality there but so have we – we have excellence there. So it’s going to be a tough match, a lot of fights in the midfield, but we’re ready for that. We all know what kind of match we have ahead of us. We’re preparing and we are for every match and we’re going to do our best and give our all.”