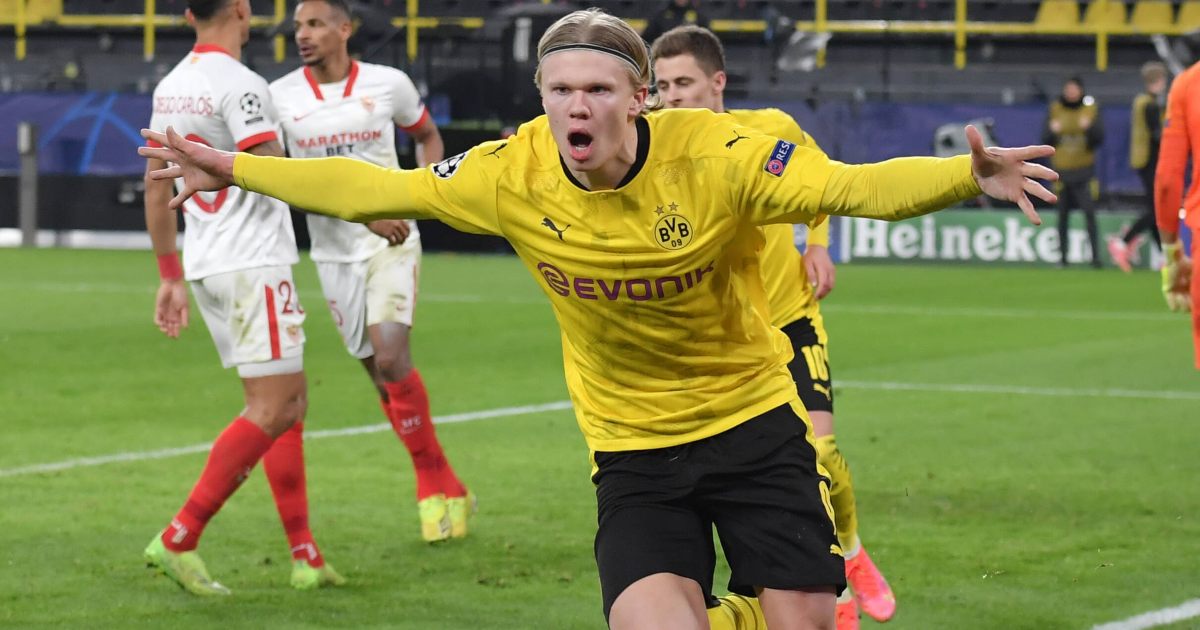 The former Molde striker became the fastest player to 20 Champions League goals with a brace as Dortmund drew 2-2 against Sevilla on the night but advanced to the quarter-finals thanks to a 5-4 aggregate win.

It only took Haaland 14 matches to reach the 20 goal mark and he has now scored 76 goals in his last 74 appearances in all competitions for Dortmund and previous club RB Salzburg.

FEATURE: Never give up: Relive the best Champions League fightbacks…

It is an incredible goal record that has led to interest from numerous clubs, including Chelsea, Manchester United, Manchester City, Liverpool, Real Madrid and Paris Saint-Germain.

It remains to be seen whether a club will move for him this summer but he will no doubt leave Dortmund eventually if he keeps up his current scoring exploits.

At half-time in Dortmund’s clash with Sevilla, BT Sport pundits Crouch and Hargreaves described Haaland as a “one-man wrecking crew”.

Crouch added: “His numbers just get better and better, and there are no signs of stopping. It looks like a tap-in but it is all about the movement beforehand. He has the pace and movement to get in behind.”

Even before his double against the Spanish side the two BT Sport men were waxing lyrical about Haaland.

Speaking ahead of the fixture, Crouch said: “He’s world class already.He’s a proper number nine and I thought we lost them. He’s got everything; pace, power, aggression. I haven’t seen this from a player this young ever.”

Hargreaves added: “He just looks angry the way he plays football, it’s like nothing I’ve ever seen.”