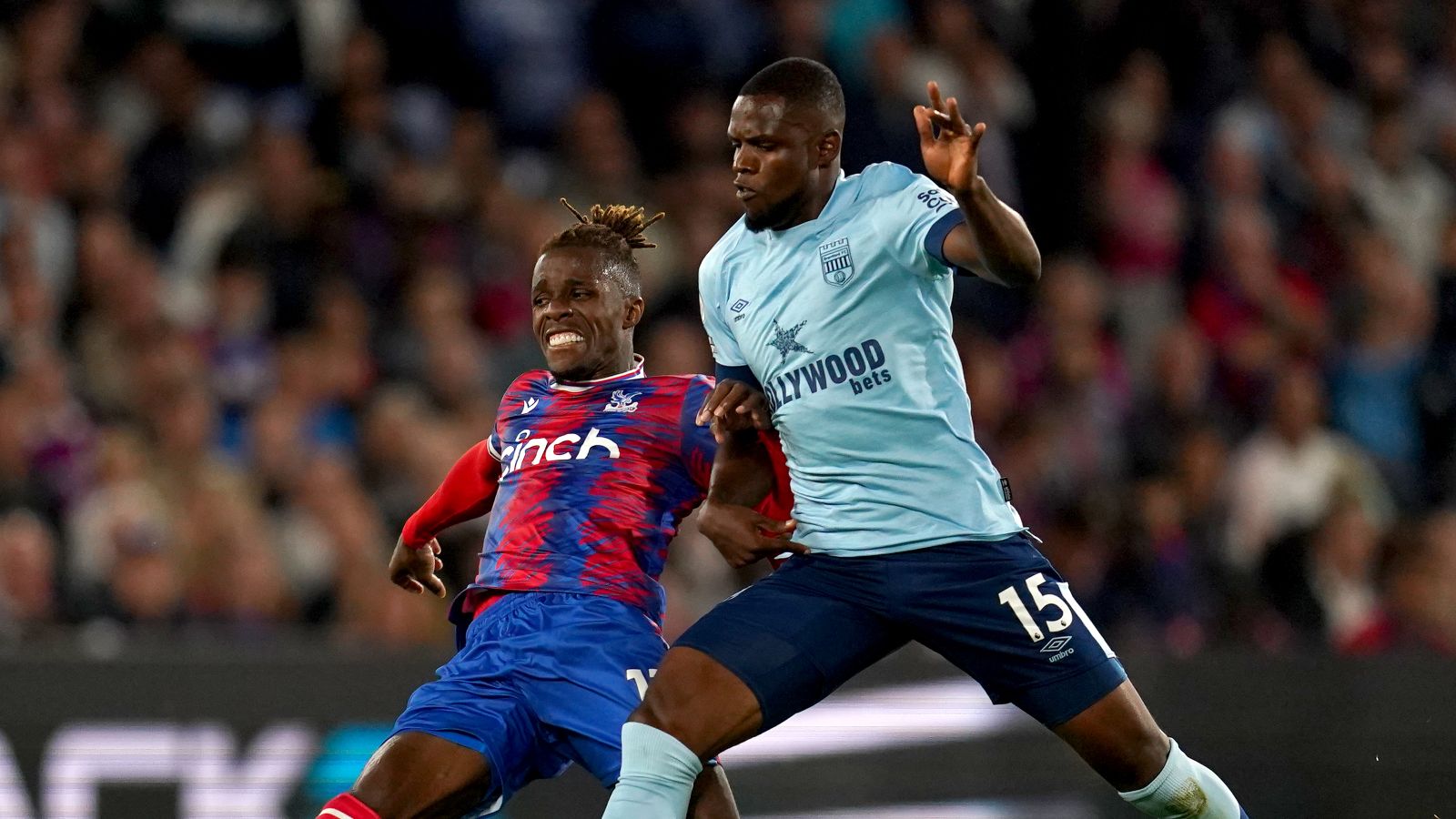 Wilfried Zaha continued his excellent start to the 2022/23 campaign with a goal in the 1-1 draw at Selhurst Park between Crystal Palace and Brentford.

Zaha has been linked with Arsenal and Chelsea in recent days and he looked to have earned Palace a valuable win with his shot from outside of the penalty area.

But Brentford come away with a point after Yoane Wissa netted a late equaliser for the hosts.

Thomas Frank’s visitors very nearly left Selhurst Park with all three points as Rico Henry then squandered a golden opportunity in stoppage time before Ben Mee headed against the crossbar.

Michael Olise hit a post for the Eagles ahead of Zaha’s 59th-minute opener, while many of Brentford’s earlier forays forward were undermined by a lack of cutting edge.

Having missed Saturday’s 4-2 loss at Manchester City due to a leg issue, Zaha was back in the spotlight.

Eagles boss Patrick Vieira was tight-lipped on the future of his star man when asked ahead of kick-off but said the Ivory Coast international, whose contract expires next summer, “didn’t mention anything about leaving”.

Brentford showed plenty of attacking promise but, despite a string of corners, failed to test Palace keeper Vicente Guaita, albeit Mathias Jorgensen headed over from inside the six-yard box.

Both of last season’s meetings between the clubs finished goalless and a repeat looked extremely likely at the break.

However, with Palace having hit five goals in their last two top-flight outings and the Bees managing 20 attempts during Saturday’s 1-1 draw against Everton, there was evidence to suggest the second half would be an improvement.

Olise – making his first Premier League start of the season – almost provided the breakthrough seven minutes after the restart.

The midfielder drove forward and cut inside Vitaly Janelt but his bending attempt from just outside the Bees’ 18-yard box struck the outside of the left upright.

Brentford captain Ivan Toney then fluffed his lines after Mathias Jensen’s clever free-kick set up a close-range volley at goal.

The deadlock was finally broken in the 59th minute and there was an air of inevitability about the identity of the scorer.

Brentford sloppily conceded possession deep inside their own territory and, after receiving the ball wide on the left from Cheick Doucoure, Zaha stepped inside Scotland international Hickey to expertly find the far corner from just outside the penalty area.

The Bees have not won away to Palace since March 1957 and rarely threatened a way back into the game until the late twist.

With Palace reeling from the leveller, they very nearly conceded again.

Left-back Henry wastefully fired straight at Guaita with only the keeper to beat before Mee’s header into the ground from a corner bounced into the turf and back off the frame of the goal.