Roy Hodgson is absolutely furious over changes to the laws which cost Palace against Everton... 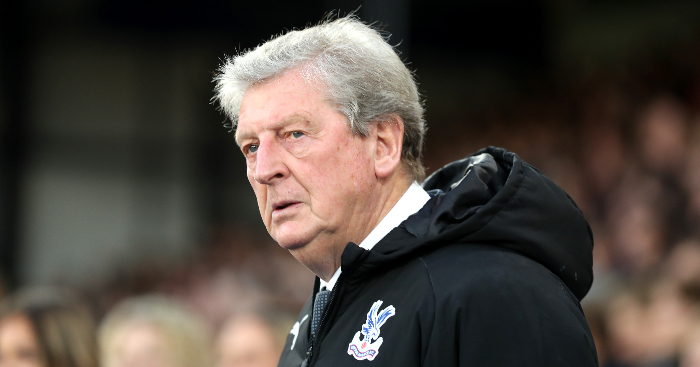 The Crystal Palace boss saw his side suffer their first defeat of the Premier League season, with Richarlison’s penalty the difference in Everton’s 2-1 win.

The Toffees’ winner came after Joel Ward was ruled to have handled Lucas Digne’s knockdown.

Ward and Hodgson were furious with the decision with the Palace boss venting his fury at recent tweaks to the laws of the game.

“I think the handball rule is a nonsense. I can’t understand how everyone in the game of football – the Premier League, referees, managers and coaches – have allowed this rule to come into operation. It is ruining the game of football, no question of that.

“We can’t understand what constitutes a handball and what doesn’t.

“The idea that you can look at this on a screen and this constitutes a handball. It is just an absolute nonsense. I don’t want to profit from it or lose from it.”

“I predict what will happen is players will start flicking the ball on to a hand and screaming handball.

“A really good game destroyed by a decision. I do not believe in the rule. People in football find it hard to accept. The referee doesn’t think it is handball either. He doesn’t want to give it but has to because that’s what he is told to do.

“We have lost in a way I find totally unacceptable.

“Instead, I have to make bold statements, which I make no apologies for. I have despair about a rule that I believe is ruining the game of football.”