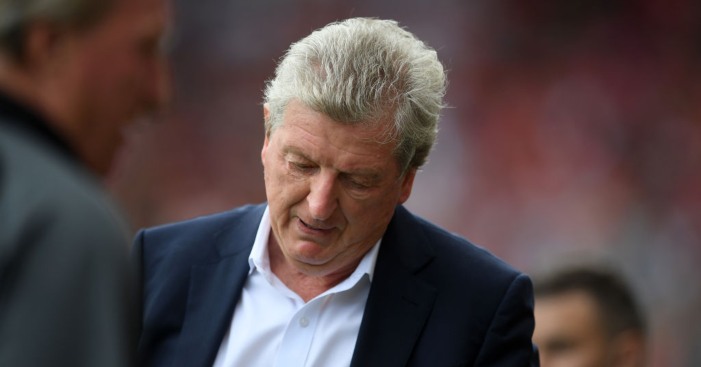 About a month ago, I wrote this for Planet Football. To save yourselves a click, the gist was that Crystal Palace were progressive off the field, but worryingly short-sighted on it and, a week before the new season begins, nothing has really changed. The plans for Selhurst Park’s development are eye-catching, but Roy Hodgson is still managing a tired, ageing squad built to play in only one way.

Premier League survival is a delicate balance. Given the risks associated with relegation, the temptation for clubs is to stick with what they know. In Palace’s case, that’s particularly understandable. The Frank de Boer pivot ended in unmitigated disaster and you can hardly blame Steve Parish for not wanting a repeat.

As a result, Palace’s 2019/20 season is already mapped out in front of them. It’ll be a struggle, they’ll rely on their defence and counter-attack and, based on who is likely to have left the club by the time the window closes, there’s no reason to believe that they’ll finish higher up the table than last season.

For a couple of reasons: firstly because Roy Hodgson remains in charge, secondly because Jordan Ayew remains their sole summer addition, and thirdly – and most importantly – because the first-team squad consists of players of rigid profile, who are neither young enough to improve or pliable enough to evolve. Max Meyer is an exception to that rule and his fine pre-season is a rare positive but, that aside, Palace appear to have locked themselves into a gentle, downward spiral.

There’s no precise formula for a healthy squad, but the ratios are broadly understood. A core group of players in their prime is fundamental. They provide experience and resilience, possessing the tools to cope with emotional challenges within a season. But around the fringes, almost as decoration, a well-run club generally has a younger generation, comprising high-potential players who can succeed or fail, fill gaps or – as a best-case scenario – alter a team’s short-term reality.

The advantages are clear. While the veteran group provides stability, the developing players are young enough to be moulded to serve a specific team need and, eventually, sold for profit which can then be re-invested. Modern football has many depressing realities, including a newer, narrower definition of what constitutes ambition and achievement, but that’s generally accepted to be the most logical way of defeating them.

But Palace aren’t built to do that. Currently, Meyer is the only regular first-team player under the age of 25, meaning that every other member of the squad is currently diminishing in value and effectiveness. Responsibility for that ultimately lies with Dougie Freedman, the director of football, who has constructed an imbalanced group which serves little more than a year-to-year purpose.

What, for instance, was the best possible outcome of spending £10m on a 28-year-old Cheik Kouyate? A couple of seven-out-of-ten years and a loan away by 2020. How about £30m apiece on Christian Benteke and Mamadou Sakho? If both were sold tomorrow, Palace would be fortunate to receive half that money back. It’s not sustainable.

Those kind of deals are excusable, of course, because dropping out of the Premier League is a terrifying prospect and the illusory worth of off-the-peg players must be overwhelming.  The trouble, though, is that they aren’t supplemented in the right way – exemplified, potentially by the rumoured pursuit of James McCarthy.

McCarthy was a good player. His partnership with James McArthur at Wigan was also very effective and reuniting the pair has some theoretical value. But McCarthy will also turn 29 in November, has shown no form since that terrible broken leg, and – as a best possible outcome – would provide a couple of years of good performances before departing the club at a loss or, most likely, a free transfer.

And Real Betis’s Victor Camarasa, the skilled attacking midfielder who spent last on loan at Cardiff? £15m is a fair price and at 25 he could still improve, but it’s still not the kind of deal which will help Palace challenge the orthodoxy or alter their current reality.

The veil for this issue has been provided by Wilfried Zaha. A wildly unpredictable footballer and gifted in all sorts of ways, with him in the side Palace’s subliminal deficiencies haven’t been nearly as noticeable. The complication would come with his sale, though, and not just because of the literal gap it would leave in Hodgson’s team.

Currently, the club are holding out for their £100m asking price. No matter what Zaha’s agent leaks to the media, that’s very fair and genuinely reflective of his importance. However, even if Palace were to receive that amount – which would alleviate some of their wage bill pressure and, obviously, make more funds available –  there’s no suggestion that it would be transformative. Even if the £50m received for Wan-Bissaka was factored into the equation, too.

Because it’s not the structure of the club which is inhibiting. It’s not the south London postcode, it’s not Palace’s place in the capital hierarchy, and it’s not their wage structure. Instead, it’s the lack of vision. At a healthier club, one at which today and tomorrow have equal worth, a bumper fee for Zaha would actually represent a great opportunity. A loss initially, but then the chance to restock the squad with players who not only share the burden of the team’s performance more evenly, but who also act as an appreciating bond.

It’s instructive, for instance, to compare Palace’s approach to Eddie Howe’s Bournemouth, who have stabilised themselves in the division and – with a few exceptions – invested the majority of their annual budget on players likely to grow in value. David Brooks is the example which stands out, but Nathan Ake and Lewis Cook are others. More recently, the £11m spent on Bristol City’s Lloyd Kelly seems destined to be highly profitable in a two or three years’ time and – although a bit of gamble – Philip Billing is a fine midfielder too.

The thread which binds is the implied recognition that none of those players will still be at Dean Court in five years’ time. Injuries permitting, they will all benefit the team over multiple seasons before, at a certain point, moving on for large fees and allowing Bournemouth to strengthen and improve their Premier League footing. In some instances, that won’t work – Dominic Solanke already looks like a terrible misjudgement and Jordon Ibe is definitely not going to be better than Raheem Sterling – but the lack of overall wastage is the contrasting factor. This summer alone they have received £30m for Tyrone Mings and Lys Mousset, neither of which were key players.

Bournemouth seem to have an objective which extends further than 12 months. Their priority is to avoid relegation, of course, but that’s part of a more circumspect approach. And yet they don’t have any material advantages over Palace. Their stadium is an antique, they’re at a geographical disadvantage, and they have an inferior history; the difference in tone between the two is purely ideological.

Palace have to fix this. They needn’t lunge towards an entirely different footballing philosophy, exposing themselves to the various risks for the sake of a different aesthetic. They do, however, need to question their objective. If a team never really gets better and its recruiting strategy is stuck in maintenance mode, then what – over the long term – is the likely outcome?