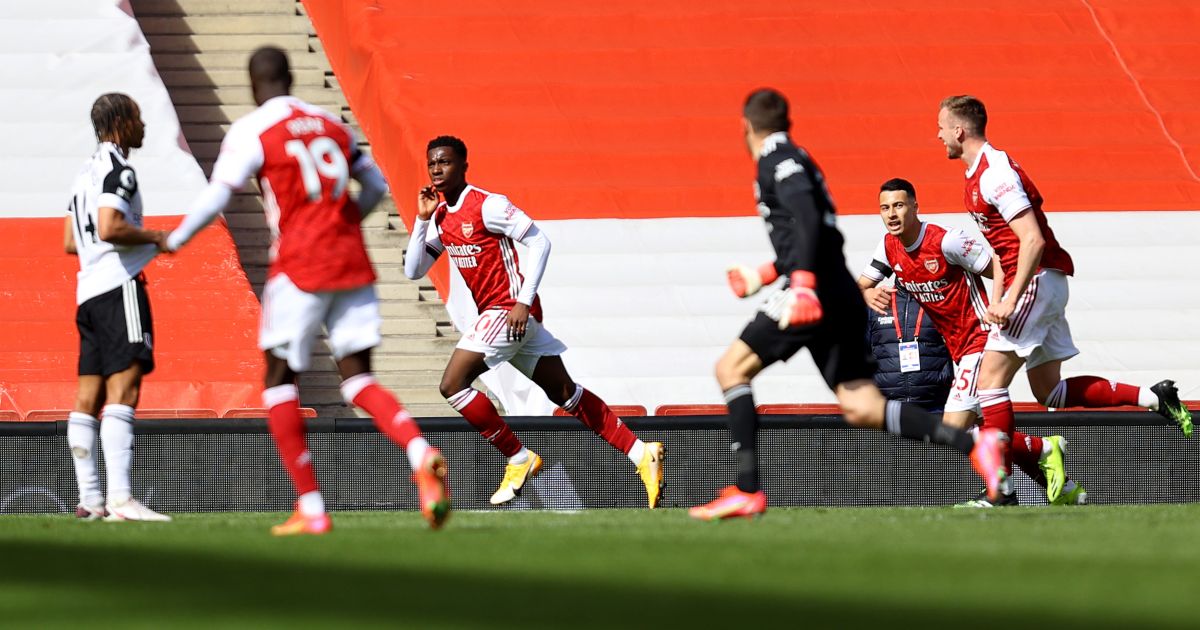 Crystal Palace are preparing a bid for Arsenal forward Eddie Nketiah with the Gunners facing a difficult decision over his future, according to reports.

Nketiah has scored 13 goals in 65 appearances for the Gunners since breaking into the first team in the 2017-18 season.

The former England under-21 international had a successful loan spell at Leeds United in the Championship in 2019, where he helped them to the summit of the league, before returning to the Emirates Stadium for the second half of Arsenal’s Premier League campaign.

The 22-year-old has become a bigger feature in the Arsenal first team since his loan at Elland Road with the temporary move boosting his reputation.

However, despite making 30 Premier League appearances in 18 months, only 11 of those came in Mikel Arteta’s starting XI and now there is a possibility he could leave this summer.

Despite Alexandre Lacazette and Pierre-Emerick Aubameyang being absent from the starting XI for the Gunners’ opening two Premier League fixtures of this season, Nketiah has missed out on the line-up with an ankle injury.

The Athletic call the timing of Nketiah’s injury as ‘unfortunate’ for Arsenal with the Gunners now set for a ‘significant decision’ over his future at the club.

The former Chelsea youth player’s contract expires at the end of the season and there is little sign he is willing to renew his deal.

And The Athletic adds that the north London side ‘will need to sell him in the next 10 days or in January, or face losing him as a free agent at the end of the campaign’.

Brighton is ‘now an unlikely option’ after they tried to include Nketiah as part of the deal that saw Ben White join the Gunners for £50m this summer.

That has ‘opened the door to other suitors’ with Crystal Palace ‘believed to be ready to pay around £10m for the forward’.

Arsenal are still keen to get nearer to £20m for Nketiah with an ‘unnamed team in Germany’ also prepared to stump up around £10m for the forward.

The Gunners will be looking to recoup some money this summer after spending £131m on White, Albert Sambi Lokonga, Nuno Tavares, Martin Odegaard and Aaron Ramsdale.