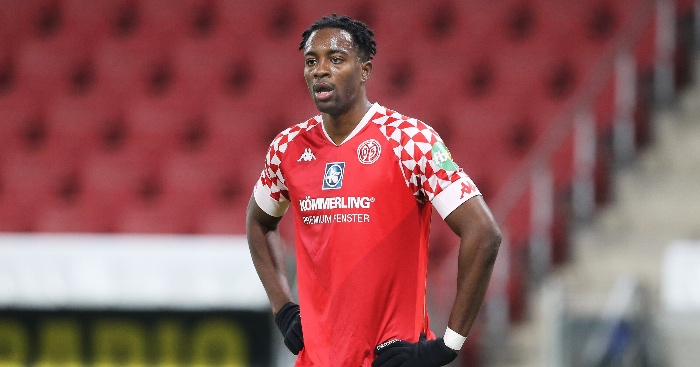 The 23-year-old has joined the Eagles on an 18-month loan deal from Bundesliga side Mainz.

FEATURE: Five other attributes Chelsea should covet in Lampard successor

The signing of Mateta will provide manager Roy Hodgson with an extra player going forward.

They already have Christian Benteke and Jordan Ayew as options in attack, but have relied heavily on Wilfried Zaha this campaign.

Palace fans will be hoping Mateta can reduce some of that burden by adding goals himself.

Speaking about the move, he told the club’s official website: “I’m very happy to come to Crystal Palace and I look forward to training. Playing in the Premier League was my dream when I was a child.

“Now I can play, I will show the fans of Crystal Palace what I can do.”

The striker began his career in the French third division before securing a move to Lyon.

Mateta was then sent out on loan to Le Havre, which is where he found goalscoring form.

He went on to register 27 goals and five assists for the club in 71 matches.

Mateta is Palace’s first major dealing of the transfer window. Max Meyer has already left the club after his contract was terminated by mutual consent.

Speaking about the signing, club chairman Steve Parish said: “We have followed Jean-Philippe’s development with keen interest for some time, and I’m so pleased that we have been able to bring him to south London.

“He is a player that is full of potential with a proven goalscoring record, and his signing reiterates our commitment to ensuring we have a well-balanced squad in terms of youth and experience for the seasons ahead.”