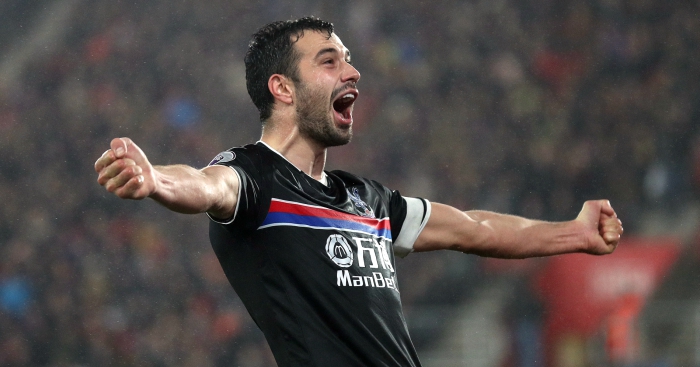 Crystal Palace’s Luka Milivojevic is relishing a proper night’s sleep after struggling to cope with his penalty miss against Manchester City.

The midfielder’s fine 80th-minute finish secured all three points at Southampton on Tuesday, two days after his poorly-struck stoppage-time penalty was saved by Ederson to cost Palace victory in a 0-0 draw.

Christian Benteke had earlier this season missed a spot-kick when ignoring team instructions, taking one instead of Milivojevic, which increased scrutiny on the Serbian’s efforts.

He revealed that after missing against City he had struggled to sleep, but his goal at Southampton took Palace to within two points of 11th and ensured they continued the upward trajectory Roy Hodgson has inspired since his arrival.

“It was very hard to be honest, it is hard to sleep after that,” said the 26-year-old of the penalty against City.

“I felt very bad. But there was a very important game in front of us. It was hard to come back after 1-0 down. Once again we showed character and we won.

“I tried to forget that but it is not easy. We needed these points.

“(Hodgson and my team-mates) gave me support. I have to thank them. No one said nothing negative. I scored five in a row; I missed one and that happened only because I changed my decision. I did not feel big pressure.

“In the end I wanted to shoot in the middle but I shot bad. I will sleep much better than the last two nights, that is for sure.

“I have to say a big thanks to the fans. When I missed the penalty they were singing my name, and gave me enormous support.

“(We have) two defeats in 14 and we did not deserve to lose against Tottenham. The gaffer puts players in the right positions; we train hard in training and try to improve. That is what is working and we have to continue like that.”