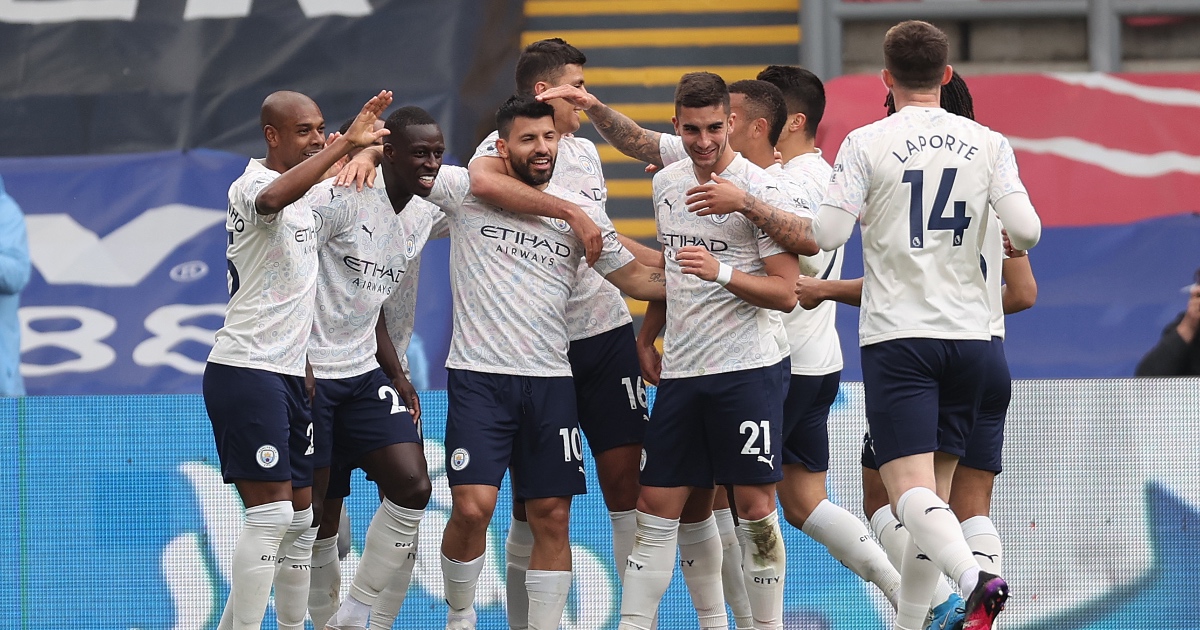 Sergio Aguero provided a reminder of his goalscoring brilliance with the opener in Manchester City’s 2-0 win at Crystal Palace to put the Premier League leaders on the verge of another title.

After a frustrating first 45 minutes in south London, it was City’s record goalscorer who broke the deadlock with a superb finish and Ferran Torres wrapped up the points soon after following a fine curled effort.

Pep Guardiola’s side clinched the Carabao Cup last weekend and took a big step towards the Champions League final on Wednesday, but still found the energy and quality to seal a 25th top-flight win of the campaign.

It means defeat for Manchester United on Sunday at home to Liverpool will crown City the best in England once again with stalwart Aguero making the most of a rare starting berth to edge his team towards more silverware.

Palace had lost the most recent meeting 4-0 back in January, but they showed their intent early on at Selhurst Park with two efforts from range.

Raheem Sterling, Gabriel Jesus and Aguero were given opportunities from the off in the capital after they failed to make it off the bench in Wednesday’s win in Paris and it was the England international who had City’s first genuine chance of the contest.

Good defending by the recalled Tyrick Mitchell contributed towards the winger only firing wide to ensure his goal drought continued.

While Guardiola, who made eight changes, saw his team enjoy the majority of possession, the hosts looked a threat on the counter-attack and almost took the lead in the 28th minute.

Andros Townsend and Joel Ward combined well on the right after Palace had switched play well and the latter had a cross blocked which dropped to Christian Benteke, but he was denied by Ederson from close range.

The champions-elect had been warned and they nearly produced the perfect response when Jesus volleyed past Vicente Guaita eight minutes later from a Fernandinho cross. The offside flag had been raised though and a brief VAR check confirmed it was the right decision.

Aguero, who has struggled with fitness and form during the last 12 months, squandered a decent opening minutes later which meant it stayed goalless at the break with City failing to register a shot on target.

Scott Dann’s timely intervention kept the score 0-0 after Torres had attempted to square for Jesus inside the six-yard box, but it was a brief reprieve for Roy Hodgson’s side with the deadlock broken after 57 minutes.

It was a familiar source for City as Benjamin Mendy picked out Aguero in the area and he controlled before his strike was rifled into the roof of the net in trademark clinical fashion. 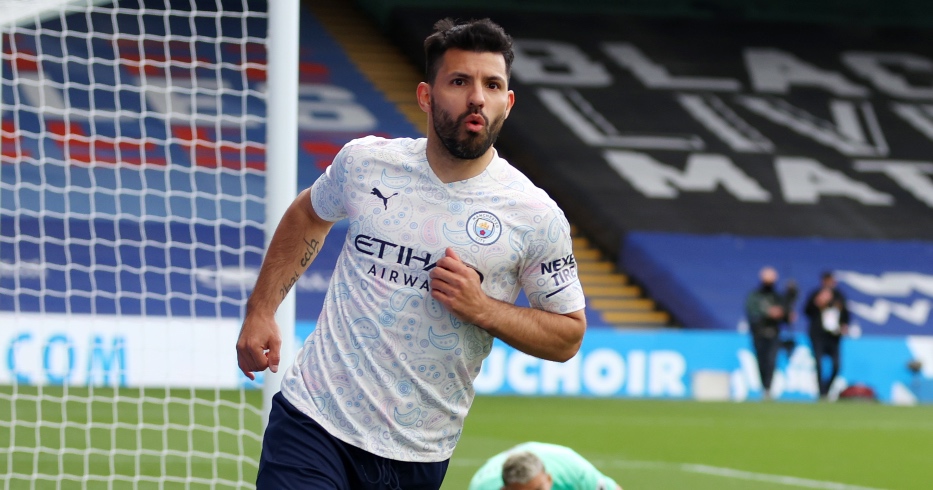 This was only the Argentinian’s second goal in the Premier League this season, but like so often in the past it had moved the Manchester club a step closer to the title.

Winger Torres was another eager to impress and he made it 2-0 within two minutes of Aguero’s effort to essentially wrap up the points.

A curled shot from outside the area through a crowd of bodies beat Guaita and sparked big celebrations from the City players on and off the pitch.

Sterling and Aymeric Laporte could have added further gloss, but the post and a heroic block from Benteke ensured the deficit stayed at two.

City will now have an eye on events at Old Trafford on Sunday where a Liverpool victory could clinch them a third league title in four years.

Guardiola’s focus will most likely be on Paris St Germain’s visit this coming Tuesday where they can take another step towards winning a treble.