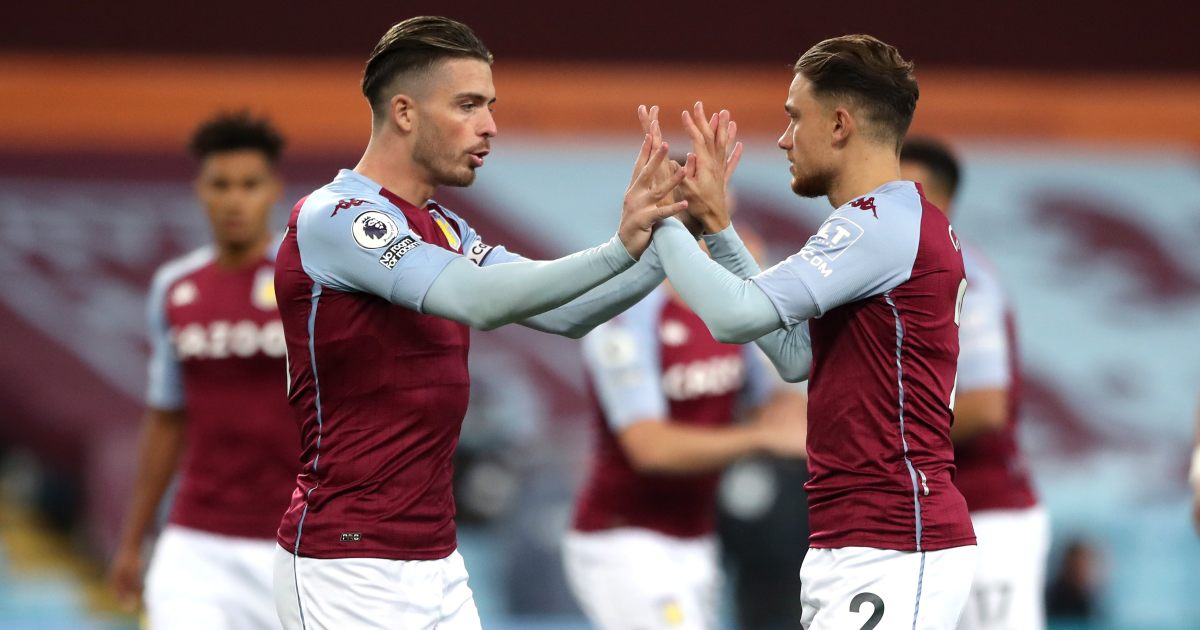 Crystal Palace v Aston Villa should see the away side dominate possession and chances. Though there’s always Christian Benteke…

Tactical pattern
Crystal Palace are drifting towards the end of the season, struggling to motivate themselves with nothing to play for and their manager Roy Hodgson heading towards the exit door. Things are unlikely to improve this weekend: in a 4-3-3 formation that is considerably more attacking than his usual 4-4-2, Hodgson is leaving Palace open to being easily beaten by confident possession teams like Aston Villa.

Villa welcome Jack Grealish back into the fold, but more importantly are playing with confidence through central midfield in recent weeks as John McGinn and Douglas Luiz rediscover their best form. The tactical pattern of this game should see Villa dominate the ball and record a fairly routine win, especially considering Matty Cash makes Dean Smith’s team strong defensively on Wilfried Zaha’s side of the pitch.

Key battle zone
Palace have a serious problem defending the wings; it has plagued them throughout the season but is getting worse as the club wind down. Hodgson holds a deep and narrow defensive line and does not instruct his players to press the opposition until they reach the final third, creating a hunched shell of bodies that fails to cover the width of the pitch – or close down the defender making the raking diagonals into the wingers.

Nathan Redmond, to take the most recent example, had the freedom of the pitch in Palace’s 3-1 defeat to Southampton. Grealish should completely dominate this game, then, especially with Matt Targett overlapping him as Jordan Ayew fails to get across to track the Villa left-back.

Keep an eye on… Eze’s new midfield role
Hodgson has given Eberechi Eze a new role in central midfield since he returned from international football in April, and the young winger is excelling in a position that makes the most of his agility and quick thinking. Roaming out to the left to help Ayew, Eze flits neatly through the half-spaces to sew things together for Palace – and can break through a congested midfield in the dribble, notably completing nine out of nine attempted take-ons against Sheffield United.

Eze’s unusual role could cause problems for the Villa midfield, particularly if Smith looks to capitalise on dominating possession by lining up in a 4-3-3 with two free eights. Villa can be guilty of playing too expansively in games like these, and so if Luiz is left alone at the base of midfield, Eze could cause a few issues.

One to watch… Christian Benteke
Benteke has five goals in his last eight Premier League games, a rich vein of form the Belgian striker hasn’t hit since his days as an Aston Villa player. His clinical finish in the second minute of last weekend’s defeat to Southampton showed just how good Benteke is feeling at the moment, and as a confidence player there is a decent chance this scoring streak will continue against his old club.

Back Benteke to score any time at 12/5 (Betfair)