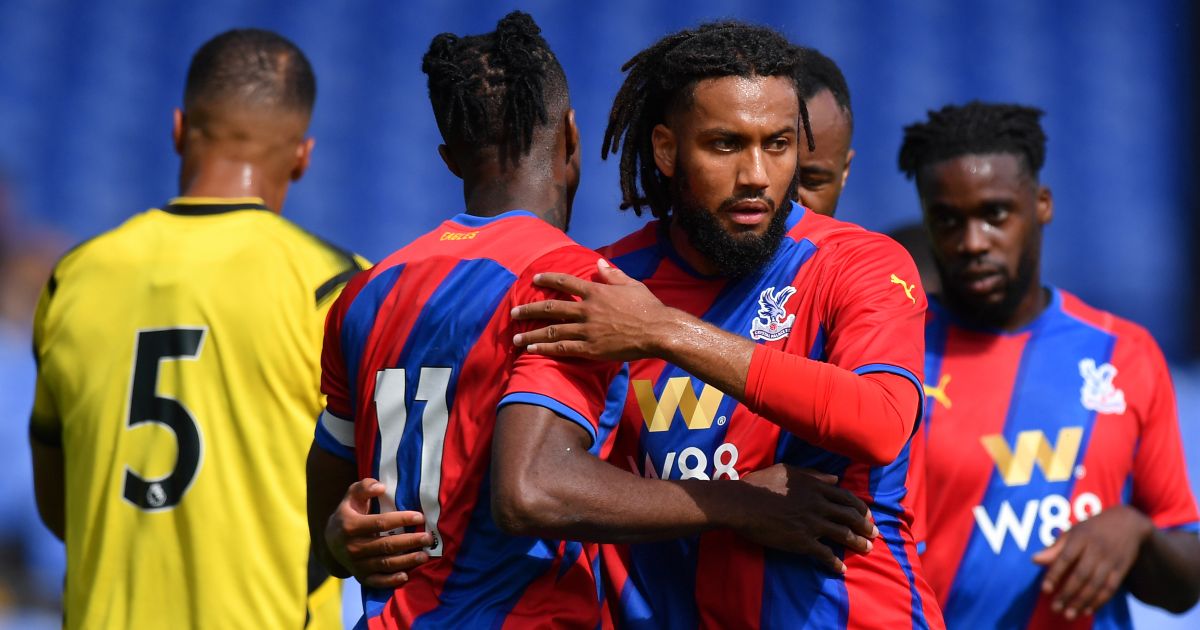 A large squad turnover, the appointment of a midfielder who starred in the Premier League in the 1990s, a desire to play on the front foot and give promising players from the successful academy opportunities in the first team. But this isn’t about Carlton Palmer and Grantham Town.

The reality is that the youth and inexperience is being overstated. When the season begins, there should be at least eight players who featured in more than half Palace’s games last season. Depending on who starts at centre-back and centre-forward, the starting XI will have an average age of between 26 and 28.

But it’s the additions that provide a lot of the excitement: the club has brought in four players to be a big part of the first team: centre-backs Joachim Andersen (from Olympique Lyonnais, £15.75m, according to Transfermarkt) and Marc Guehi (Chelsea, £21m) are joined by attacker Michael Olise (£8.37m, Reading) and midfielder Conor Gallagher (loan, Chelsea). In contrast, the departing first-teamers had an average age of 29, but only made an average 13 appearances. With the exceptions of Andros Townsend and Patrick van Aanholt, many had passed the point where struggles for fitness outweighed the value of their age and experience.

The most intriguing arrival, however, is on the touchline. On May 4, I wrote into the mailbox suggesting that Roy Hodgson’s long-term future at Selhurst Park would be linked to whether supporters would be allowed back into grounds. His managerial style through lockdowns reflected the approach of many people in other walks of life: a grim determination to just get through short-term difficulty with a minimum of fuss and no sense of enjoyment, and deal with the future when it arrives. All the while frustrations were being voiced from afar, they were easy to resist. Fans in the ground would be a different proposition, and while very few well-run clubs would change their manager simply because of a disgruntled crowd, there is something to be said for keeping supporters onside.

The return of fans will make a difference: there is an upbeat mood about being able to see games live, people with pent-up emotion to put into supporting their team, and there is a sense of duty to dig deeper into one’s personal well of support to get behind a new manager. People will not demand to be entertained, but giving the fans something to cheer will be important; there will be less patience with teams putting 11 men behind the ball, preserving the 0-0 and hoping to nick a goal against the run of play as they previously were. Well, perhaps until a more adventurous style leads to a run of defeats and nerves start to fray.

Away from the pitch, it became clear a manager with a different approach was needed: the club have recently achieved Category 1 status for their academy, which will be vital for attracting and developing players in south London, a hotbed of footballing talent. The academy will also participate in the EFL Trophy for the first time: though much-derided, and not a concept I particularly agree with, if treated properly it could be a good opportunity for the club’s young prospects. While having a first team in the Premier League to aim at is helpful, the right manager overseeing the pathway is more important than someone inching the club towards survival year after year; apart from anything else. an academy full of nurtured talent is an important safeguard against the financial ramifications of relegation.

Following an extensive search for Hodgson’s replacement, hindered by a couple of candidates failing to agree personal terms, Patrick Vieira was appointed. There’s no way of telling whether he was the best man for the job because of his reputation as a coach, or because he was a great player in the Premier League, as some have suggested. Judging by pre-season, the ex-Arsenal ace has a drastically different approach to his predecessor: he has favoured a 4-3-3 formation, with attacking width provided by the full-backs, and box-to-box midfielders looking to control possession and combine with attackers to create chances. After a few years of stodgy, safety-first football considered necessary for survival but unsuitable for making progress beyond that, this is something to be excited about – at least until it goes horribly wrong.

This is all theory, however, until the season starts, and Vieira’s first competitive game appears to be something of a free hit. Chelsea have won their last seven meetings with Palace and took four of those games at Stamford Bridge by a combined score of 13-2. No one expects the Eagles to get any points, but a good performance should still be possible. Next up will be Brentford – newly promoted but by no means pushovers, who will fancy their chances of spoiling the party atmosphere. The third game of the season is against West Ham United in Stratford. United are coming off a stellar 2020/21, but both teams will see the game as a useful barometer of their early-season form.

While a lot of things have changed, some things are distinctly familiar: Wilfried Zaha will still be the main attacking outlet, so should expect a lot of attention from opponents. The starting XI each week will still be one of the oldest in the league. The squad still looks light in a couple of positions and it will not take much absenteeism to look over-exposed. Goals will be scored by strokes of genius and conceded by terrible defending. After the first three games, the Eagles could have zero points, nine, or any number in between.

But the way in which the points will be won and lost makes them a far more interesting proposition than they have been for a long time. There will be young and exciting players in key positions and the starting line-up has been upgraded. Supporters in the ground should be entertained, and with their full support, the players will feel encouraged. This will be a very important season for Palace, and it’s one fans are looking forward to more than any of the past few years.