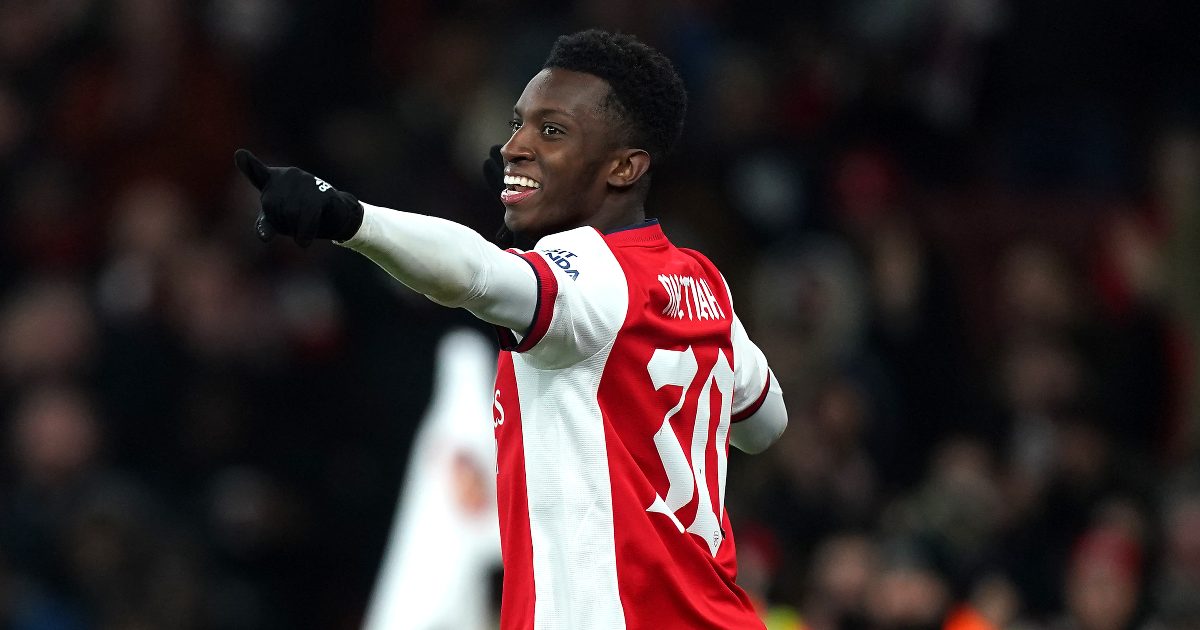 Crystal Palace are in “no rush” to revive their pursuit for Arsenal forward Eddie Nketiah, according to reports.

Nketiah was linked with a move to Palace during the summer transfer window.

The attacker joined Arsenal in 2015 after he had a spell as part of Chelsea’s academy. He made his senior debut for the Gunners during the 2017/18 campaign.

The Englishman has scored 18 goals from his 71 appearances for Arsenal. He is yet to start in the Premier League this season.

Nketiah has featured prominently in the Carabao Cup though. He has scored five goals from his three outings in the competition.

His future remains in doubt as his current contract expires at the end of this season. The Evening Standard have hinted that Crystal Palace may move for Nketiah this month.

But the report states that Patrick Vieira’s side are in “no rush” given that the 22-year-old is out of contract in the summer.

Elsewhere, Jamie O’Hara has backed Tottenham to finish in the top four. He believes his former club will end up ahead of the likes of Arsenal, Man Utd and West Ham:

“People are going to call me mad and say I’ve got my Spurs hat on but I genuinely think Spurs.

“We’ve now got the manager and he’s instilled this belief that we’re going to go and win games, even when we’re not playing that well.

“We didn’t play that well against Watford but we got a result in the dying moments. We haven’t scored last-minute winners like that for years.

“It’s brilliant to see and I think if he gets backed in the transfer window and if Daniel Levy gives him some money and says, ‘Right, we’re not far off this, we’re nearly there, we’ve clawed our way back’, I think we can get in there.

“I’m not convinced by Man United, I’ll be totally honest with you.

“I think Arsenal have been great, I think they’ve really played well. They’ve actually got this belief, they’re playing great football, and I think they deserved something from the game against Man City.

“I’m not convinced with Man United and this 4-2-2-2 system. They’ve played three really poor sides and I think when they come up against a really top side, I think they’ll get turned over.”