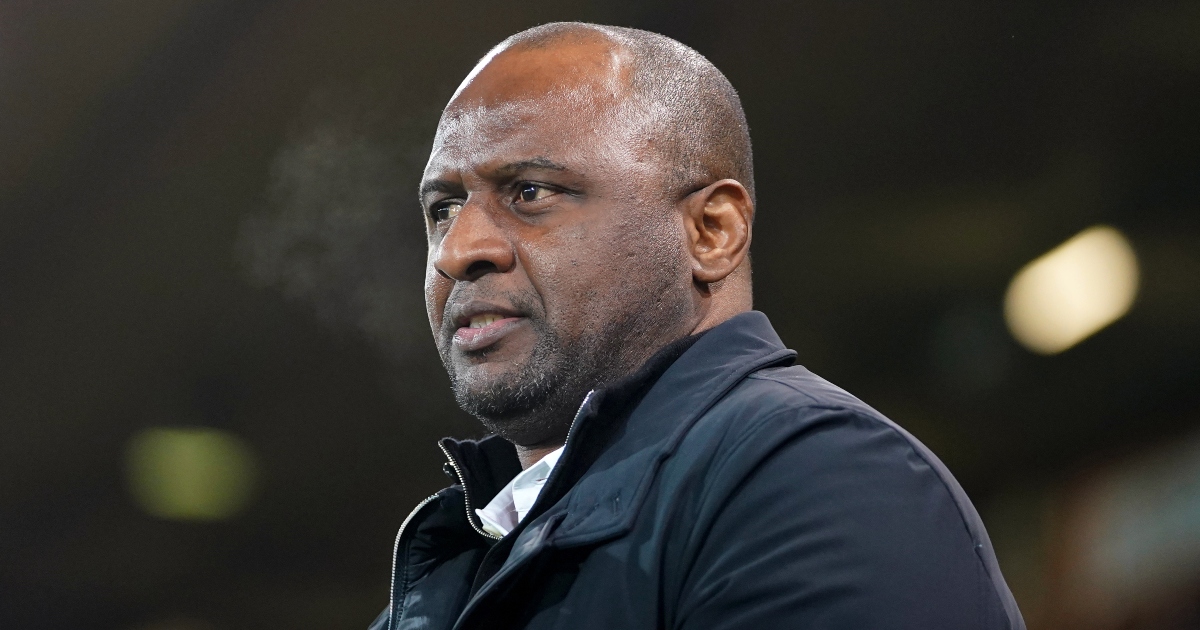 Crystal Palace manager Patrick Vieira is focused on the short-term with loanee Conor Gallagher but knows the midfielder is happy in south London.

The England international struck the decisive second goal in Wednesday’s 4-1 win at Watford, which has significantly eased the pressure ahead of Saturday’s visit of relegation-threatened Burnley.

Gallagher’s strike in midweek took his tally for the Premier League season to eight goals, more than any player at his parent club Chelsea has managed, with Mason Mount currently the leading marksman in the top flight for Thomas Tuchel’s side with seven efforts to his name.

Asked if he wanted to keep the loan signing beyond the summer, Vieira insisted: “We honestly didn’t speak about it. We know that we will have him for the year and you never know what can happen.

“Conor, I believe when you are looking at the way he is playing, is really happy in our football club.

“He knows how important he is for the team and the football club. He is enjoying his game. For a player like that, what is important is to keep playing week after week because that will allow him to improve. I think we give him the support he needs for him to be on the field and to express his talent.”

While Gallagher netted at Vicarage Road, Wilfried Zaha’s late double saw him draw level with the Chelsea ace as Palace’s joint-top goal-scorer for the season.

It was the third goal scored by the Ivory Coast international since he returned from the Africa Cup of Nations earlier this month.

“The challenge for Wilfried and for the team is to be consistent with that kind of performance. There is no doubt about the quality and what he can do,” Vieira said.

“Wilfried at Palace, he is at home and he has been really good for this football club and I strongly believe he still has a lot to give.

“We didn’t have any doubt about what we wanted to do, and how we want to do it. We were quite pleased with the performances we had lately, but we were missing something.”

“Since he came back from the Africa Cup of Nations, he has wanted to take the team forward and the team is responding quite well.

“What is important for me is the work ethic he had out of possession and he worked well with other players around. That is what I want from him because it will allow us as a team to be stronger and if we are stronger and when we are stronger, he can express his talent.”

Burnley occupy the final place in the bottom three but have won back-to-back games against Brighton and Tottenham having been without a league win since October.

Palace still hold a nine-point advantage over the Clarets.

“There is no doubt with the manager (Sean Dyche), with the last two wins they had, there is confidence about what they are trying to do,” Vieira added.

“When you win two games, of course the confidence is getting better and higher. For us, we want to concentrate on the way we want to play.

“We know the game is important for us, as much as it is important for them, but we need to stick to what we have been doing since the beginning of the season. To try to play well and hopefully keep taking our chances.”