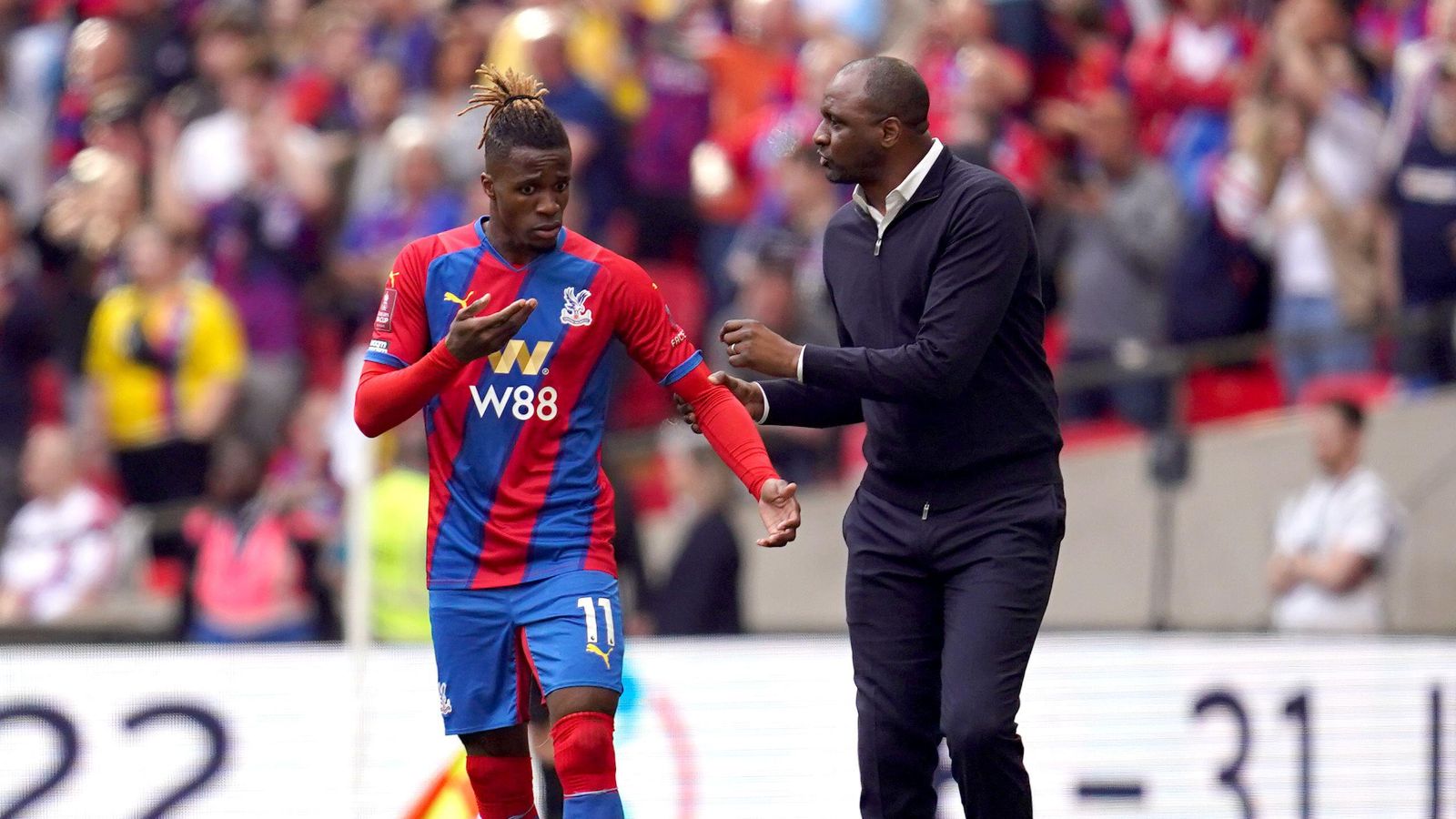 Crystal Palace are reportedly ‘open to negotiating’ with Chelsea over a deal for Wilfried Zaha after making a £27m offer for Conor Gallagher.

Zaha was brilliant for Palace last term, scoring a career-high 14 Premier League goals, and has continued that fine form into this season, scoring three in three appearances.

MAILBOX: Richarlison was disrespectful? Johnson should have been arrested for assault…

Speculation over Zaha’s future this summer has been nowhere near as rife as usual, with the forward seemingly content at Selhurst Park having pushed for an exit in previous transfer windows.

But both Chelsea and Arsenal have been linked, and reports suggest the former could make more of an effort to sign him in the remaining days of the window having found it difficult to get potential deals for Pierre-Emerick Aubameyang and Anthony Gordon over the line.

According to Chelsea expert Simon Phillips, Palace would be willing to enter talks over Zaha, but a move so late in the window may prove difficult as they would need to act quickly to find a replacement.

He told GiveMeSport: “They would be open to negotiating, but unfortunately now, the longer it goes on, as we reach the last few days of the window, that would become less likely because they would have to source a replacement.”

It’s possible Chelsea could use Gallagher to tempt Palace into parting with Zaha.

And The Times claim Palace have made a £27m bid to land the Chelsea academy graduate in a permanent deal.

Gallagher has started Chelsea’s last two Premier League games, but has struggled and was sent off for two yellow cards inside 28 minutes of the 2-1 win against Leicester City on Saturday.

Asked about their interest in Gallagher on Monday, Palace boss Vieira said: “It’s difficult to talk about players who are at other football clubs.

“Conor is a Chelsea player, and until they say otherwise there is no point us thinking about what may or may not be possible to do.

“We have people who are working on trying to improve the squad. We are short of numbers, we need players, and we will try to bring those players. If not, I’m quite happy with the players we have, we will work and try to win football matches.”