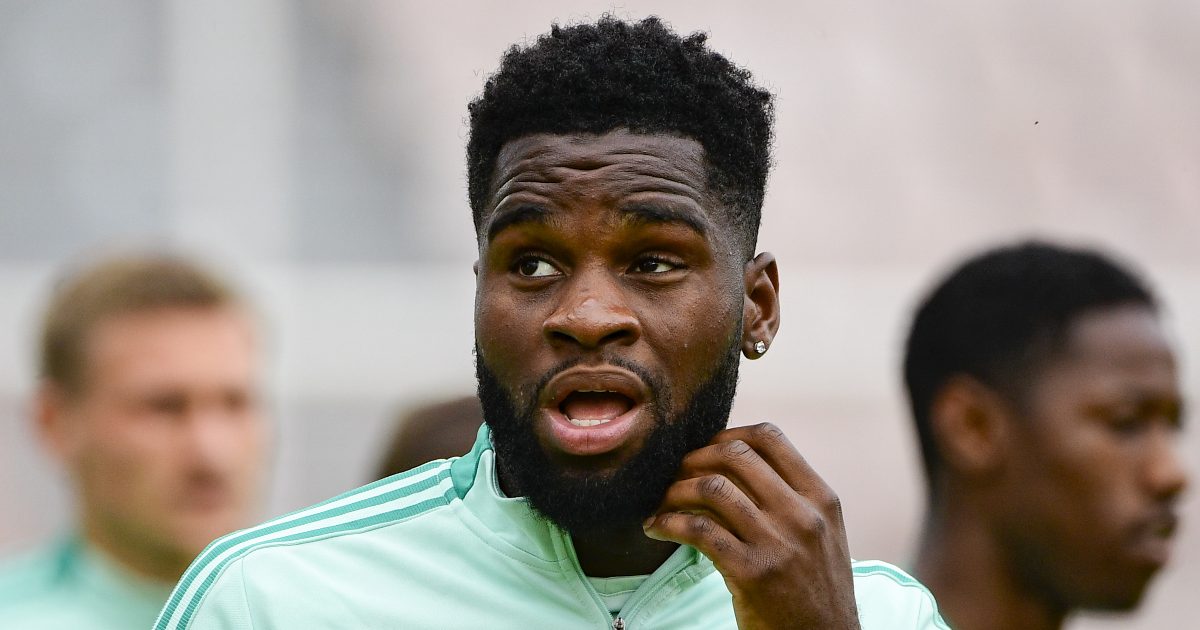 Crystal Palace have completed the signing of Celtic forward Odsonne Edouard for a fee in the region of £15m, according to reports.

Patrick Vieira has been keen to add an attacker to his ranks before the deadline. He has got his wish as Edouard joins the club for around £15m.

Edouard has signed a four-year deal with the Premier League club and links up with Said Aigoun, who worked with the striker at Paris St Germain and moved to Selhurst Park as development coach this summer.

He told the official club website: “I’m very happy to be here today. I can’t [wait] to start to train with the team and to play for this club.

“Scoring goals in the Premier League may be the biggest challenge in my career. But I’m confident in myself and my team-mates to be successful.”

Edouard progressed through PSG’s academy and spent time on loan at Toulouse before a temporarily switch to Scotland with Celtic in 2017 proved successful.

The Frenchman hit double figures and scored in two notable victories over rivals Rangers to help the club seal the treble.

After Edouard made the move permanent the following summer, he went on to play a key role in Celtic securing the “treble treble” on May 25, 2019 when he netted twice against Hearts in the Scottish Cup final.

He would ensure more silverware in the following campaign, but despite 22 goals during the 2019-20 season it would ultimately prove a disappointing term for the team and on a personal level.

The 23-year-old will now get the chance to test himself in the Premier League and be tasked with trying to help a new-look Palace side get to grips with a more progressive style of football being implemented by Vieira, who has seen the Eagles score just twice across four games in all competitions this season.

“Odsonne is a player of proven quality. He was a player in high demand and I’m delighted he chose to join Crystal Palace as another fantastic addition to our squad.”