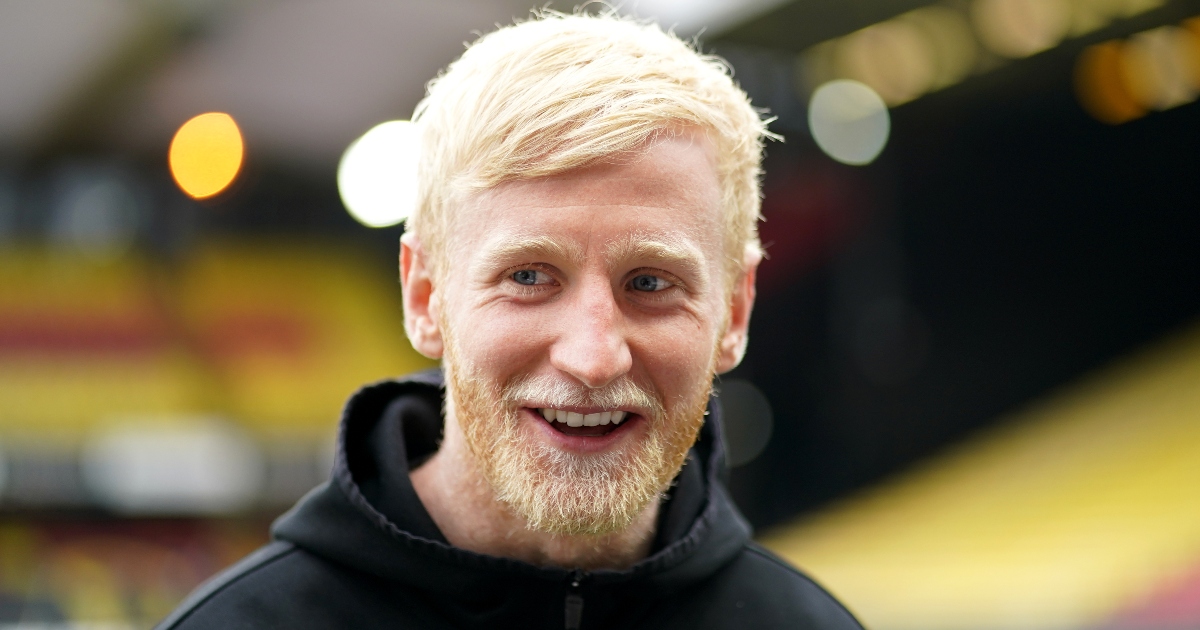 Crystal Palace have completed the signing of Will Hughes from Watford on a three-year deal.

Eagles boss Patrick Vieira all but confirmed the move on Friday in his pre-match press conference ahead of their trip to West Ham and the deal was officially announced on Saturday afternoon.

Hughes, who only had one year remaining on his contract with Watford, has signed a deal until the summer of 2024 and moves for a fee reported to be worth an initial £6million.

He told Palace TV: “Fans want to see players give 100 per cent and that’s the minimum I’ll give. That’s what they can expect.

The transfer is a welcome boost for Vieira, who has repeatedly called for more reinforcements since the start of the campaign, which got underway with a 3-0 loss at Chelsea on August 14.

Another Hughesy back in the Palace midfield 🤩#CPFC | https://t.co/utMcYSDkhb pic.twitter.com/znlyFg4ruO

While chairman Steve Parish and sporting director Dougie Freedman signed the likes of Marc Guehi, Joachim Andersen, Conor Gallagher and Michael Olise in the summer, a forward and another midfielder were priorities for the Eagles, after they released nine first-teamers at the end of last season.

Hughes will provide extra competition in the middle of the park and brings a wealth of experience despite being only 26.

After moving to Vicarage Road from Derby in 2017, the midfielder established himself as a regular for the Hornets in the top flight and played a key role in their promotion from the Sky Bet Championship last term.

Having turned down a new contract in the summer, Hughes trained with the under-23s in pre-season but has now completed a move to Palace.

The Eagles are not likely to be finished there, with negotiations underway with Arsenal over a deal to bring Eddie Nketiah to Selhurst Park, the PA news agency understands.

An ankle injury has sidelined the forward during the early weeks of the season but he has struggled for regular game time since he returned to the club at the start of 2020 following a loan spell at Leeds.

Nketiah is another who is set to be out of contract next summer and Palace are confident of concluding a deal for the 22-year-old before the transfer window closes on Tuesday, with a permanent switch to south London set to suit all parties involved.