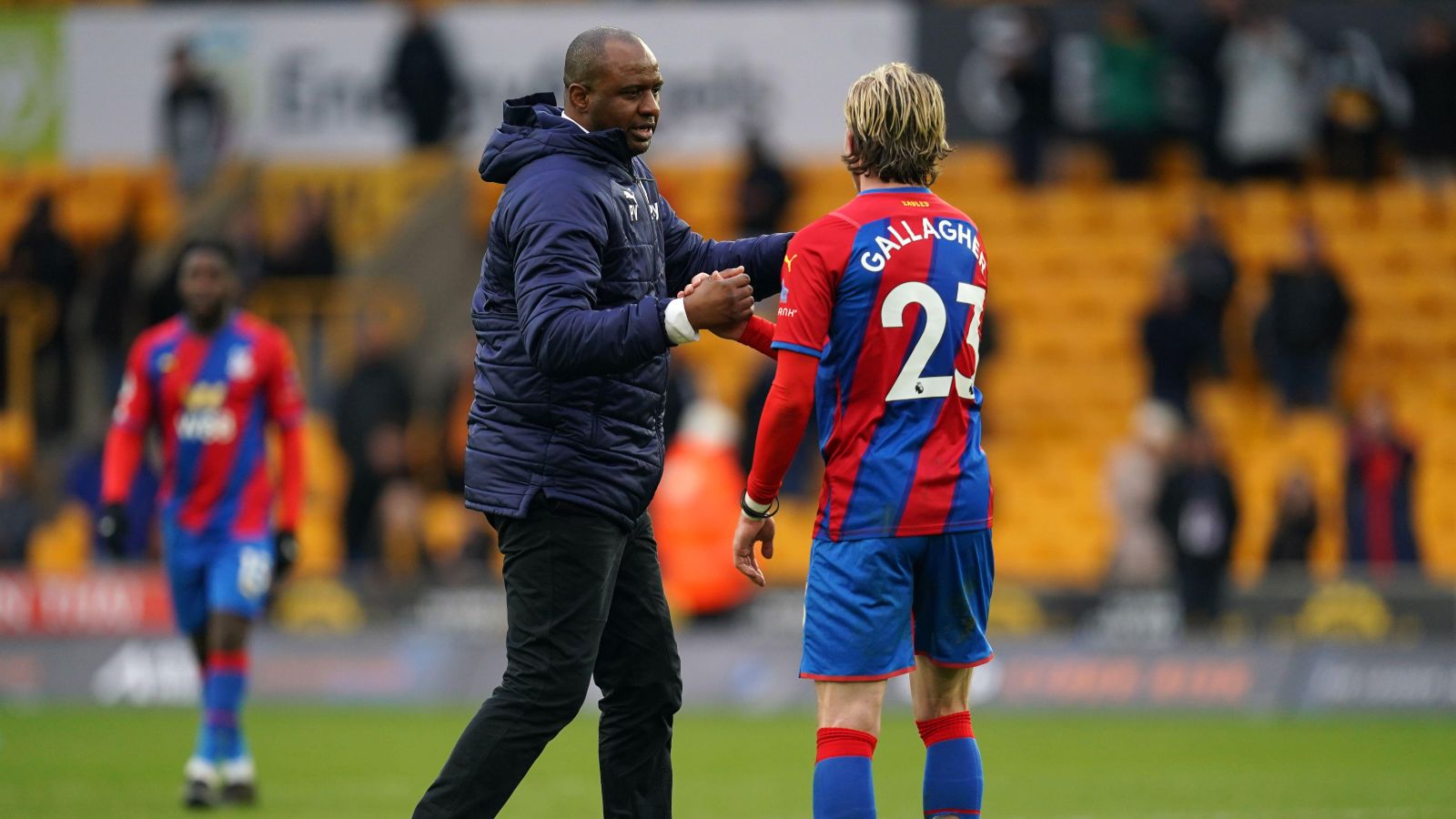 Crystal Palace boss Patrick Vieira has admitted Conor Gallagher may see his next step as returning to Chelsea but insisted if there is a chance of bringing him back to Selhurst Park they would do everything they could to make it a reality.

The 22-year-old is approaching the end of his loan spell in south London and claimed the Eagles’ player of the year during Tuesday’s end-of-season awards night.

Gallagher’s eight goals and five assists this term have helped the Chelsea loanee force his way into the England set-up and the fact next season’s World Cup takes place in December may impact on the midfielder’s decision.

Blues manager Thomas Tuchel has spoken glowingly about the Cobham academy graduate but there can be no guarantee that he will force his way into the starting line-up at Stamford Bridge.

Speaking ahead of Sunday’s trip to Aston Villa, Vieira said on Gallagher’s future: “It’s up to Chelsea and of course the player.

“We have him for the year and we are really pleased with his contribution, he’s been terrific. Then after the season he goes back to Chelsea and the decision is Chelsea’s and Conor’s to make.

“A lot has been said already. He’s been playing I believe his best football at this club, which allowed him to go with England. It will be important for him to ask a question about what will be the next step for him and the next step may be at Chelsea because he has to go back and see how things will go for him.

“Of course we are and I am really pleased with the year we spent together. He’s been really good to us and we will have to wish him good luck if he goes back to Chelsea. If there’s a possibility to bring him back, we will definitely talk about it.”

Gallagher was one of two Palace players nominated for the Premier League young player of the year award alongside Tyrick Mitchell.

Both have been regulars under Vieira, who has seen the duo and centre-back Marc Guehi earn full debuts for England during the campaign.

“Conor and Tyrick have been really good this season,” he added.

“They’ve played week in, week out and performed really well. Both have been called up to England, so that is a massive step forward.

“I think it’s good for the club as well as because it shows we’ve been doing some good stuff this season. To have two young players nominated is good.”

It’s been an emotional day at the training ground 😂#CPFC pic.twitter.com/BKQ1db873j

Vieira was the other Palace representative in the Premier League nominations as he is up for manager of the year.

In his first season at Selhurst Park, he has guided the Eagles to an FA Cup semi-final and they could achieve a record Premier League points total for the club.

“It’s always good to be nominated in these kinds of awards,” Vieira admitted.

“To be nominated I think everything has to go well (for) the club, the players have to perform and it’s good for showing what you achieve in the season.”