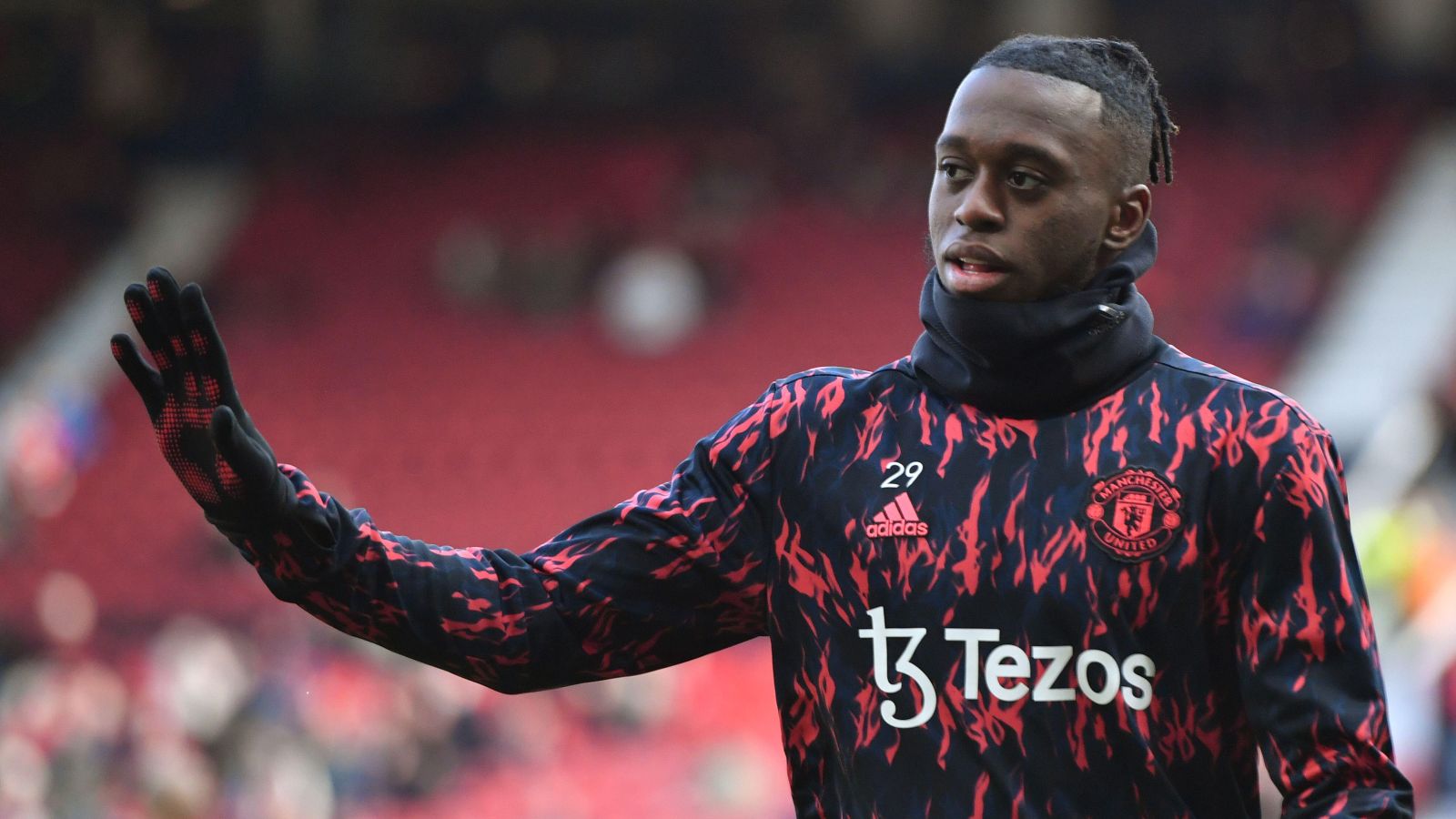 Crystal Palace are reportedly interested in bringing Aaron Wan-Bissaka back from Manchester United.

Wan-Bissaka moved to Old Trafford three years ago for £50m and has made 126 appearances for the Red Devils.

But he has been left on the sidelines for much of this season with interim manager Ralf Rangnick preferring Diogo Dalot at right-back.

Erik ten Hag is set to take the helm at United and is reportedly planning to hold Zoom meetings with every member of the squad before his arrival.

It’s claimed Ten Hag ‘wants to hit the ground running when he arrives in Manchester’ and being more familiar with the squad will allow him to ‘make swift decisions on which players to keep and which to let go.’

Wan-Bissaka is one of five players thought to be up for sale, with Phil Jones, Eric Bailly, Alex Telles and Anthony Martial also said to be on the chopping block.

And The Athletic claim Palace are considering offering Wan-Bissaka an escape route.

The report states: ‘It is not definitive that Palace will move for Wan-Bissaka, or that they will get him if they do, but his name is one under consideration as part of a summer upgrade at right-back. Any move is likely to be on loan rather than a permanent switch.’

Meanwhile, Rangnick has rubbished claims he has compiled a ‘dossier of shame’ on the Manchester United squad for incoming manager Erik ten Hag.

When asked to comment on the report, Rangnick told Sky Sports: “This is completely false, completely untrue. The board has never asked me to prepare a dossier, neither for the board nor for Erik.

“It’s obvious that the players are, in moments like this, looking for reasons why the results haven’t been as good as they were.

“I’ve been talking to the board quite regularly and obviously we were also exchanging our impressions of the current situation. For me it’s important, together with Erik, together with the scouting department, we can build a new squad, a new group of players with quality and mentality that Erik, together with his coaching staff, will develop and lead this club into a range where supporters will want to see Manchester United.”