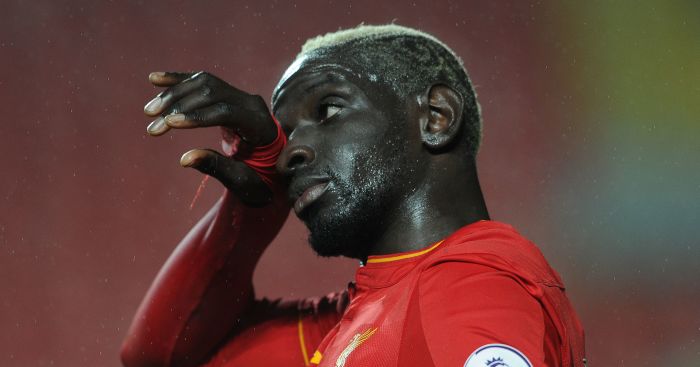 10) Sofiane Feghouli (West Ham)
You can understand why Feghouli was sold by West Ham. He made too little impact during his first season and was punished by the club after claiming to be too ill to show his face on a day when he was scheduled to meet young supporters. West Ham received a perfectly reasonable offer of £4m.

Yet Feghouli’s performances did improve as the season progressed, and the Algeria international clearly has talent. He has scored two winners in five league games for Galatasaray and did the same for West Ham on the final day of last season.

There’s also West Ham’s replacement to consider, because Marko Arnautovic has hardly impressed since joining for £20m. Would they really have been much worse off keeping Feghouli and spending that £20m on another position?

9) Max Gradel (Bournemouth)
Bournemouth never saw the best of Gradel, and it’s a stretch to say that he would have thrived in the Premier League for Bournemouth this season. Yet the Ivorian suffered multiple injury problems during his time in England, and was brilliant against Estoril in pre-season. It looked like he might finally be pushing for a first-team place, and playing in a similar position to Jordon Ibe can only help.

Instead, Eddie Howe chose to let Gradel leave. That would have been understandable if Bournemouth had received a transfer fee, but instead the attacking midfielder was loaned out to mid-table Toulouse when Bournemouth already have a small squad.

Howe’s team have created just 53 chances this season, ranking 17th in the Premier League by that measure. With three strikers on the bench on Saturday but only one attacking midfielder (Marc Pugh), surely keeping all creative players might have been a logical plan?

Therein lies the difficulty for young players. Manchester United are hardly struggling for creative attacking players, and so Pereira’s chances of first-team minutes this season would likely have been limited to a handful of substitute appearances. Yet he has potentially burned bridges with his club manager through a desire to play regularly.

Still, Manchester United also had to agree to the move. If that too was a decision made above Mourinho’s head, someone is playing a dangerous game. He’ll tell Duncan Castles that he might not sign a new contract.

7) Daryl Murphy (Newcastle)
Daryl Murphy has enjoyed an odd career. Having scored a miserable 14 goals in 124 games for Sunderland and then failed at Celtic too, his career was drifting to a close when he joined Ipswich Town on a permanent deal after three half-decent (but no better) loan spells in four years. Having scored a semi-respectable 13 league goals in his first season, Murphy suddenly struck gold. He has scored 59% of his career league goals after turning 31.

Only five of those came during his one season at Newcastle, but Murphy became a cult hero for his presence up front and was a crucial part of the club’s Championship title win. He was sold to Nottingham Forest as a goodwill gesture because he was seeking regular first-team starts at the age of 34.

Yet Newcastle are hardly blessed with plenty of forward options. Joselu means well but is limited – as a £5m intra-Premier League transfer fee indicates – while Dwight Gayle has taken on the Robert Earnshaw role of being great in the second tier but out of his depth in the top flight. Newcastle could do with an alternative to Joselu. They could do with a Murphy.

6) Nemanja Matic (Chelsea)
It’s not just that Tiemoue Bakayoko is taking time to settle in England, nor that N’Golo Kante and Danny Drinkwater are both unhelpfully injured at the same time. It’s just that Chelsea didn’t need to sell Matic. And if you don’t need to sell a player that started 65 league games in two title-winning campaigns, then don’t.

The money that Chelsea received for Matic was perfectly adequate, considering his age. But Chelsea are a club that don’t need money. What they need is strength in depth for participation in four competitions, back-up in case of an injury crisis and players who could be depended on to perform consistently when required.

What they also need is not to help a title rival out by giving them a player who perfectly fits their requirements. For all the impact of Matic’s departure on Chelsea, it is the instant improvement to Manchester United’s midfield that makes the best case for not letting him leave. Antonio Conte seems to agree.

5) Henry Onyekuru (Everton)
You can argue that Everton shouldn’t have let Romelu Lukaku leave, but they really didn’t have an awful lot of choice. Lukaku had earned the shot at an elite club, and Everton seemed unlikely to match his ambitions. It isn’t his fault that his former manager and club promptly spaffed the money on 32 midfielders.

Yet there is one Everton summer signing that might still make a difference. This weekend, Henry Onyekuru stated his ambition to rejoin the club in January having been loaned out to Anderlecht. Everton initially sent him back to Belgium for the season, but may apply to the Premier League exceptions panel to cancel the deal when the transfer window re-opens.

Onyekuru is a wide forward or central striker with bags of pace, who has scored six league goals in nine games for Anderlecht this season. Which makes you wonder why they loaned him out without even taking a look.

4) Wojciech Szczesny (Arsenal)
Next season, Szczesny will take over from one of the greatest ever goalkeepers at one of the world’s most successful clubs. Yet at a time when every transfer between two elite clubs has a necessary premium, he was sold for just £10m. At 27, he still has at least five years left at the top, and probably more.

In doing so, Arsenal weakened their own hand. David Ospina is a limited goalkeeper and Petr Cech will be 36 by the end of the season and has not found his best form since joining the club from Chelsea. Why on earth wouldn’t you use this season to test Szczesny out in the three ‘other’ competitions while providing meaningful competition for Cech?

The Szczesny that left England in 2015 is not the same goalkeeper in 2017. He has improved as a player and matured as a person, in the top three goalkeepers in Serie A last season. Why Arsenal would sell him for £10m is as unfathomable as almost every other off-field decision that club has made in the last three years.

3) Jay Rodriguez (Southampton)
Simple one, this. Rodriguez has not been a prolific goalscorer since he sustained his first serious injury, a cruciate ligament rupture that kept him out of action for over a year. Ankle surgery followed, and another five months out.

But Southampton are a club that struggles to score goals. They have finished sixth and eighth in the last two league seasons, but have ranked ninth and 14th respectively for goals scored. So what on earth is the point of selling one of your strikers to another Premier League club if you aren’t going to replace him?

You know the old Chinese proverb: Manolo Gabbiadini, Shane Long and Charlie Austin do not a complete strikeforce make.

2) Tammy Abraham (Chelsea)
Antonio Conte doesn’t trust Michy Batshuayi. If that isn’t quite a statement of fact, it’s pretty close. Conte held out on starting the Belgian until as late as possible, and then promptly hauled him off after 57 miserable minutes against Crystal Palace. It’s just not going to work out. He wanted Fernando Llorente, not you.

Yet it was never a certainty that Llorente would join, so why did Chelsea let Abraham leave if Conte didn’t fancy Batshuayi and it was so obvious that Diego Costa would not be a part of the squad this season? There is no guarantee that Abraham would have been given regular league minutes, but he would certainly have justified faith in the cup competitions, and his four goals for Swansea already this season indicate that he was ready for Premier League life.

1) Mamadou Sakho (Liverpool)
I just about understand why Jurgen Klopp wanted to sell Sakho; he considered him a disruptive influence on the squad, and did not feel that his ability justified special treatment.

I just about understand why Jurgen Klopp chose not to buy a central defender when it became clear that Virgil van Dijk would not be signing. Klopp felt that Joe Gomez could flourish given the opportunity, and that buying a second option would just cost the club more in the long run when they eventually tried to sign their top target in the following window.

Yet when you put both of those two things together, I can’t understand it. Klopp knew that he would be under huge pressure if Liverpool failed to finish in the top four this season, and yet has chosen to enter a season with Dejan Lovren, Joel Matip and Ragnar Klavan as his only specialist central defenders. Liverpool look light, and none of them have got injured or suspended yet. Yet.