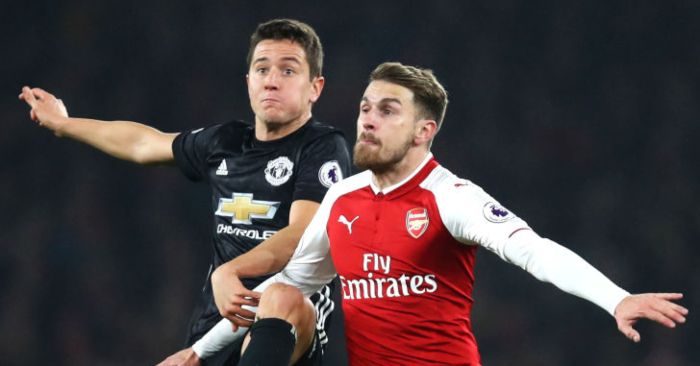 We’re not talking about the big sales, but those players allowed to sneak out for a small fee, on a free or on loan…

10) Ademola Lookman
Football fandom is such that it will please many Everton supporters to see Ademola Lookman toiling in the Bundesliga. Stalls that were set out on the 22-year-old several years ago must be strictly adhered to and opinions entrenched, so a player they did not think was good enough in the past never will be in the future.

The 41 minutes he has been handed by Leipzig this season are as pitiful as the 112 Everton gave him from February last season. And while the German club can justify their position by pointing to a table that has them a point below the leaders in the Bundesliga, Everton merrily sent an explosive forward on their way before outscoring only Newcastle and Watford in their first nine games.

Lookman would not have been an automatic cure for all their ailments. He remains raw, inconsistent and rough, an amalgamation of skills and abilities as yet unrefined. But was he really a worse option than Theo Walcott?

9) Wesley Hoedt
“[Ralph Hasenhuttl] told me he wanted to give me a second chance, but I never got one to begin with,” complained Wesley Hoedt this summer. “I trained hard for six weeks, but it was for nothing.” And as hapless as the centre-half looked under both Mauricio Pellegrino and Mark Hughes, perhaps he had a point. He has not played a single minute in any competition under Hasenhuttl since the manager’s appointment in December, making his first two Premier League squads but nothing since.

While Hoedt plies his trade on loan at Royal Antwerp, 31-year-old Maya Yoshida continues in his role as Southampton cockroach – capable of surviving through any natural or, more often than not, man-made disaster. He has played six of their nine games; Saints have conceded more goals than all but the bottom two. Was Hoedt really not worth even an opportunity? As bad as he was under two aimless managers, maybe one with direction was all he ever needed.

8) Gary Cahill
Frank Lampard would undoubtedly have been involved in the decision to release Gary Cahill, despite it being made a full month before his official Chelsea appointment. And while letting go a 33-year-old who played 22 Premier League minutes in the whole of last season cannot possibly be a glaring mistake, he surely had a little more to offer at Stamford Bridge.

Timing is everything, of course. Chelsea kept their second clean sheet of the season against Newcastle on the same day that Cahill proved powerless in stemming the Manchester City tide. But his leadership, guidance and strong jaw would have been invaluable to Fikayo Tomori, Andreas Christensen and Kurt Zouma, as well as Lampard himself.

Perhaps it boils down to Cahill and an understandable desire to play the sort of regular football that could simply not be guaranteed at Stamford Bridge. Chelsea’s reluctance to hand out substantial contracts to players over 30 will have also played a part. But parting ways with both Cahill and David Luiz in the same summer does still feel like too grand a statement of support for youth.

7) Daniel Sturridge
Far be it from anyone to question the talents of Dmitri Alenichev, Vladimir Smicer, Juliano Belletti and Yannick Carrasco, but they exist as proof that a Champions League final goal doth not necessarily make a player befitting of such a lofty achievement. Divock Origi will always have Madrid – and Jordan Pickford’s tiny arms and Jamaal Lascelles’ head – but that has kidded Jurgen Klopp into thinking he can fill such vast shoes.

To replace any of Mohamed Salah, Roberto Firmino or Sadio Mane is a thankless task. It requires dedication, concentration and malleability, constantly changing to fit the given demands. The inevitable drip feed of minutes is no diet for an elite footballer.

But Origi has largely faltered when given chances this season. His goal on the opening day against Norwich remains his only strike in almost six hours of football, the exception to a rule of poor touches, awkward finishes and unconvincing exaggerations. Daniel Sturridge had his faults – many of them completely imagined – but Liverpool would surely benefit more from his individualism and moments of inspiration instead of Origi’s determined diligence. For as long as he toils and Rhian Brewster flounders, Sturridge would surely have offered more as a wild card. The other two don’t even have a trademark celebration.

6) Ken Sema
To go from scoring a Europa League knockout goal against Arsenal in February 2018, to signing a five-year deal at Watford in July of that same year, to featuring relatively regularly before being loaned out, takes a special kind of player and a particular type of club. Watford’s last Premier League win came in Ken Sema’s final start before being shipped off to Udinese boarding school; make of that what you will.

The winger was certainly unspectacular at Vicarage Road last season, scoring once and assisting thrice in 22 games. But Watford’s Premier League record in the nine games he started was genuinely impressive: four wins, four draws and a single defeat is a damn sight more than they have managed without him. Their struggles since are likely not all down to the loan departure of Ken Sema, but they pretty much are solely down to the loan departure of Ken goddamn Sema.

Ken Sema? Pretty sure most Watford fans would agree with me pic.twitter.com/37BGernriY

5) Grady Diangana
It was just last week that West Brom journalist Steve Madeley said the club “will be painfully aware of the possibility of losing” Grady Diangana, much in the same way Leicester recalled Harvey Barnes from the Hawthorns last January. His declaration that they “will hope that West Ham continue doing well and that their wingers are in good form come January!” now looks particularly forlorn.

One win and five goals in their last five Premier League games suggests that West Ham could certainly find space for a confident and skilful 21-year-old who is scoring or assisting at a rate of once every 95.7 minutes in the Championship. When Felipe Anderson has not scored in a West Ham league win this calendar year, Pablo Fornals continues to disappoint, Andriy Yarmolenko is inexplicably benched and Manuel Lanzini is struggling, one wonders how effectively an exciting, attacking academy product would have cut through the gloom.

4) Fernando Llorente
For an idea of what Tottenham happily let go in June, consider this: Fernando Llorente has more combined goals and assists this season (4) than all but two of his former teammates, and has played just 280 minutes at Napoli. Harry Kane (8) and Son Heung-min (5) are the only players keeping pace with the 34-year-old.

Mauricio Pochettino busied himself with matters other than retaining a veteran back-up striker this season, such as goading Daniel Levy, fluttering his eyelashes at Real Madrid and stroking Erik Lamela’s hair to send him to sleep. It barely registered that Llorente shuffled out the door and back to Italy, the image of him shooting from the hip against Manchester City a lasting memento.

“Arsenal, in the last two years, signed Aubameyang, the best striker in Germany,” Pochettino began in August, “Lacazette, the best striker in France and, one year after, Pépé. If you see us in five years – now our main striker is Harry Kane but our second specific striker is 17 years old, Troy Parrott. That is the difference in the projects,” he added, labouring yet another point about “the difference in the projects”. That Kane has missed five minutes of Premier or Champions League football since Damir Skomina blew his whistle to start the Champions League final tells its own story of a club with no reliable Plan B or alternative route to a destination they seem to have entirely forgotten.

3) Aaron Ramsey
Only a select few know whether it was a club, player or mutual decision to terminate Aaron Ramsey’s Arsenal spell at the end of its 11th year in the summer. Reports at the time suggested that it was the Gunners who blinked first by rescinding their offer of a new deal, while David Ornstein later stated the Welshman “had no intention of signing a contract” and “was always planning to leave on a Bosman free”. But Ramsey’s own recent admission that there was “confusion” between the two parties does shroud the situation in mystery.

If Arsenal wanted to keep him, they would have. And they should have. The midfield is not their biggest problem – Kieran Tierney being left back on the bench, the defence being leakier than a colander and the general lack of any discernible tactics are all more pressing issues – and nor is Ramsey a perfect player. Yet he would be a better, more dynamic and dependable option than those that remain. Matteo Guendouzi sure would have benefited from more time alongside him instead of Granit Xhaka.

The 28-year-old would have provided another dimension in attack, too, daring to get within five years of the forwards. He is still the joint third-highest scorer of Unai Emery’s reign, level with Henrikh Mkhitaryan, Mesut Ozil, Alex Iwobi and Joe Willock on six goals apiece. A more damning indictment does not exist.

Ramsey left Arsenal and they’ve struggled with their midfield since. Lmao

2) Vincent Kompany
The effect of his departure has surely been overemphasised by pundits falling back on the usual platitudes of dressing-room leaders, larger-than-life characters and club cultures, yet few would suggest Manchester City could not do with Vincent Kompany right now. A side that started their most recent match with two central midfielders at centre-half are hardly beggars, nor are they choosers.

While simultaneous injuries to Aymeric Laporte, John Stones and Nicolas Otamendi could not have been predicted, letting their fourth central defender leave for nothing without a replacement always seemed negligent, and the sort of move that would have benefited everyone involved if it had been delayed for 12 more months. Instead, three Premier League teams have a better defensive record than City, with Kompany shifting seamlessly between job titles at a side 11th in Belgium’s top flight.

1) Ander Herrera
Hindsight does not reflect kindly on the sale of Romelu Lukaku, but it did at least help fund part of a necessary summer rebuild. And to pretend that loaning out Alexis Sanchez was anything other than justified would be foolish. But letting an experienced, proven midfielder leave for free with no successor signed still raises eyebrows.

Ander Herrera has his limitations. He is neither a goal threat nor a creative force, with an unremarkable passing range and average dribbling ability. But he would be a guaranteed starter in this side. Which is perhaps not the biggest of compliments.

When £47m Fred is praised for a professional, disciplined and hard-working performance in which he had two off-target shots, made two tackles and completed 21 passes in 90 minutes, one wonders how Herrera’s water-carrying abilities would be received in these difficult times. Memories of him shadowing Eden Hazard for entire games, ferociously kissing the badge and revelling in his role of chief sh*thouse linger. No wonder Ole Gunnar Solskjaer was stunned when it emerged that United had basically been blanking him instead of negotiating a contract.