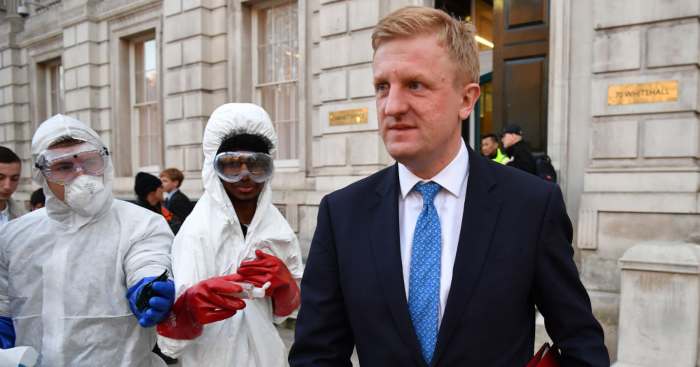 Culture Secretary Oliver Dowden says “good progress” is being made as football looks to return by mid-June.

Premier League clubs will vote on a return to training on Monday, with English football having been suspended since mid-March due to the Covid-19 pandemic.

“I had some very constructive discussions on Thursday with the FA, the EFL and the Premier League,” Dowden told Sky News.

OPINION: Ghost games will lead to one of three scenarios…

“We are working hard with them to try and get it back, aiming for mid-June, but the number one test is public safety.

“They, like a lot of other sports we’re looking at returning behind closed doors, have met with Public Health England several times to look at the safety.

“If we can sort that out then we will look to resume by mid-June. We’re making good progress.”

Dowden added there are plans for changes to the way some games are broadcast, saying: “As part of that I’m hoping we can have something a bit more ambitious with some more free-to-air matches for people to watch from home because that would be helpful in terms of discouraging people from leaving their home to watch it.”