Home Home Page Front Page Cup of sugar? One player from every club ripe for a loan 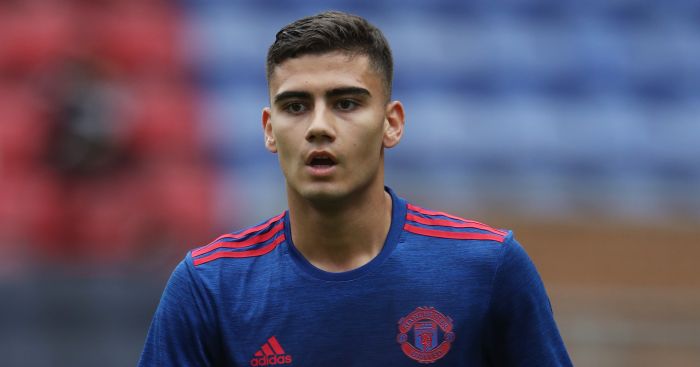 No hard and fast rules here. We have picked out one player from every club who we think is likely to be packing their bags for pastures temporary…

Arsenal: Jeff Reine-Adelaide
Why he is ripe for a loan: Arsenal’s first-team squad now only has one player under the age of 21. With Rob Hilding, Alex Iwobi and Calum Chambers all likely to be useful to Arsene Wenger this season, now would be a fine time for Reine-Adelaide to get some regular minutes. His only league career minutes came for Lens’ second team in 2014/15.
Last season: Was named on the bench seven times in the Premier League, but didn’t play a minute.

Bournemouth: Lys Mousset
Why he is ripe for a loan: Because he’s been an abject failure since arriving for £5.4m last summer, and Bournemouth surely won’t get a good enough fee for him. Jermain Defoe, Callum Wilson, Josh King and Benik Afobe are all ahead of him in the queue.
Last season: Played 265 minutes across 11 league appearances. Hasn’t yet scored for Bournemouth.

Brighton: Connor Goldson
Why he is ripe for a loan: Has made a brilliant recovery after heart surgery to put right a defect that threatened to end his career, but will now want regular minutes. Brighton’s squad is wafer thin, but a Championship spell – at least for the first half of the season – would make sense.
Last season: Had his operation in February that ended his Championship season. Before then had played 370 minutes in the league.

Burnley: Tendayi Darikwa
Why he is ripe for a loan: Signed from Chesterfield at the start of Burnley’s last Championship season, Darikwa has failed to kick on following promotion. At the age of 25, he needs regular football.
Last season: Appeared on the bench 18 times and yet failed to play a single minute in the Premier League. Shame.

Chelsea: Charly Musonda
Why he is ripe for a loan: Because he is aged 20 and hasn’t yet been loaned out this season. There has been talk that Musonda could get a first-team chance this season, but I’ll believe it when I see it.
Last season: Loaned to Real Betis for the first half of the season, only to come back in January after failing to break into the team.

Crystal Palace: Jonny Williams
Why he is ripe for a loan: Because he was loaned out in 2014, 2015 and 2016. Incredibly, his last league start at Selhurst Park was in May 2013.
Last season: Played 195 league minutes on loan at Ipswich Town and none for Palace.

Everton: Dominic Calvert-Lewin
Why he is ripe for a loan: The 20-year-old Calvert-Lewin has more competition than ever as an attacker at Goodison Park.
Last season: Made 11 appearances following his move from Sheffield United, and was rewarded with a new five-year deal. A move to a lower Premier League club, or Championship side with promotion ambitions, would make some sense.

Huddersfield Town: Joe Lolley
Why he is ripe for a loan: Huddersfield Town have been the Premier League’s busiest club this summer. That has increased the pressure on those players who were key members of David Wagner’s promotion-winning side, let alone those on the fringes of the squad.
Last season: Played 806 Championship minutes for Huddersfield, but only started eight times.

Leicester City: Harvey Barnes
Why he is ripe for a loan: Because I’ve just looked through Leicester’s squad and realised how thin it is. Matty James is off on a permanent deal, leaving precious few options for loan. Barnes was loaned last season to League One, so why not the Championship this time?
Last season: Named Milton Keynes Dons’ Young Player of the Year 2016–17 award after impressing on loan.

Liverpool: Sheyi Ojo
Why he is ripe for a loan: Part of England Under-20’s World Cup-winning squad, but failed to play a minute for Liverpool in the Premier League. Now 20, Newcastle have reportedly been sniffing around the winger.
Last season: Didn’t even make the bench in the Premier League. Which isn’t great.

Manchester City: Patrick Roberts
Why he is ripe for a loan: Roberts made the same decision as Patrick Bamford with Chelsea, namely to move to an elite club for good money but little chance of breaking into the first team. The list of strikers, wide forwards or attacking midfielders he’s competing with: Raheem Sterling, Sergio Aguero, Wilfried Bony, Kevin de Bruyne, Leroy Sane, Bernardo Silva, David Silva, Gabriel Jesus, Kelechi Iheanacho. Good luck.
Last season: Scored nine league goals and two in the Champions League for Celtic, including against his parent club.

Manchester United: Andreas Pereira
Why he is ripe for a loan: Manchester United are not yet ready to give up on Pereira as a potential first-team player, but he’s hardly likely to make the grade this season. A season-long loan at a high-end Championship club?
Last season: Started 34 league games in La Liga for Granada, albeit in a forlorn relegation battle.

Newcastle United: Adam Armstrong
Why he is ripe for a loan: A successful World Cup campaign with England’s Under-20 team, but Armstrong was loaned out for the season in the Championship last season so is hardly likely to make that leap in the top flight.
Last season: Six goals in 34 games for Barnsley in Championship mid-table. Scored at the Under-20 World Cup in South Korea.

Southampton: Jake Hesketh
Why he is ripe for a loan: Hesketh signed a new long-term contract in December, but at the age of 21 hasn’t played a minute of league football since December 2014. That could be crippling for his development.
Last season: Played 77 competitive minutes in the EFL Cup and 35 minutes in the Europa League, when he was substituted before half-time.

Stoke City: Ryan Sweeney
Why he is ripe for a loan: Stoke’s squad is probably the thinnest in the Premier League, and with Glenn Whelan and Marko Arnautovic likely to be the next two out the door, Mark Hughes will be reticent to allow any player to leave. Still, Sweeney is 20 and yet to make a Premier League appearance, so out he goes.
Last season: Loaned to AFC Wimbledon in League One, where he failed to break into the team, before starting 16 games at Bristol Rovers in the same division.

Swansea City: Jefferson Montero
Why he is ripe for a loan: Signed for £4m in July 2014, Montero started brightly but his Swansea career has tailed off badly. Now has ‘season-long loan to La Liga before returning when everyone has forgotten his entire existence’ written all over him.
Last season: Started two Premier League games, neither of which came under Paul Clement’s management.

Tottenham: Moussa Sissoko
Why he is ripe for a loan: Mauricio Pochettino has a strategy of only loaning out players he believes are unlikely to make the grade at Tottenham, which makes it difficult to pick out a young player. Instead, might Spurs not let Sissoko leave on a season-long loan deal with an obligation to buy in a means to get such an outrageous flop out of their club?
Last season: Sometimes laughed at, sometimes shouted at and very occasionally applauded while playing for Spurs. Just what you want from a £30m signing.

Watford: Ben Watson
Why he is ripe for a loan: An absolute minefield. Watford used 33 players in the league last season and have already signed eight on permanent deals this summer. Given that Will Hughes, Tom Cleverley and Nathaniel Chalobah are all new permanent arrivals and all play in central midfield, let’s say Ben Watson leaves in search of regular football at the age of 32.
Last season: Played 51 minutes in the Premier League following 2,815 the previous season. That’s unlikely to improve now.

West Brom: Tyler Roberts
Why he is ripe for a loan: Not exactly an interesting shout, but Tony Pulis is low on numbers. With Jonathan Leko and Sam Field at least half hopeful of getting their chance in cup competitions and off the bench in the league, the same probably can’t be said for 18-year-old Roberts.
Last season: Two separate loan spells in League One, at Oxford United and Shrewsbury Town. The latter was by far the more successful.

West Ham: Reece Burke
Why he is ripe for a loan: “There is nothing more pleasurable, for a fan, owner or manager, to have a young academy player breaking through. However, I think we’ve got to be realistic and say that is now virtually impossible” – David Gold, June 29.
Last season: Played more than 600 minutes on loan to a Wigan team relegated to League One. Last played a Premier League minute in May 2015.