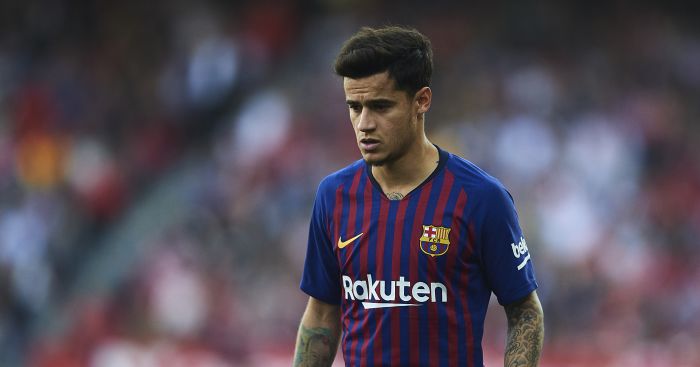 Local residents believe Philippe Coutinho’s struggles at Barcelona could be down to the house he lives in, according to reports.

Coutinho has long been linked with a return to the Premier League after leaving Liverpool for Barcelona in January 2018.

Manchester United and Chelsea have both been linked with the Brazilian, whose apparent desire to leave did rather feel like something of a red herring in an otherwise quiet winter window.

Coutinho has struggled to settle in Barcelona since his move from Merseyside with his inconsistent performances failing to impress boss Ernesto Valverde.

His former Liverpool team-mate Luis Suarez helped him find a property when he moved out to Spain, settling on a house in Castelldefels, an area popular among footballers.

And a report in ESPN that there is a ‘joke among local residents’ that Coutinho’s ‘home is a jinx’ after a string of unsuccessful previous owners.

Cesc Fabregas bought the same house shortly before he moved back to the Premier League with Chelsea, before injury-ravaged Thomas Vermaelan moved in.

Andre Gomes was the latest player to own the property following his pricey move from Valencia – but he only made 16 La Liga appearances last season before moving to Everton on loan for 2018-19.

Coutinho was thought to be the man that would end the curse but a separate report on Thursday names him among 11 players that will be axed by Barcelona as they look to overhaul the squad.

ESPN Deportes claims that Coutinho heads the list of players set to leave with Samuel Umtiti and Ivan Rakitic two other big names set for the exit door.